There is more to the German story besides the Hartz reforms and a long-term trend of wage moderation. 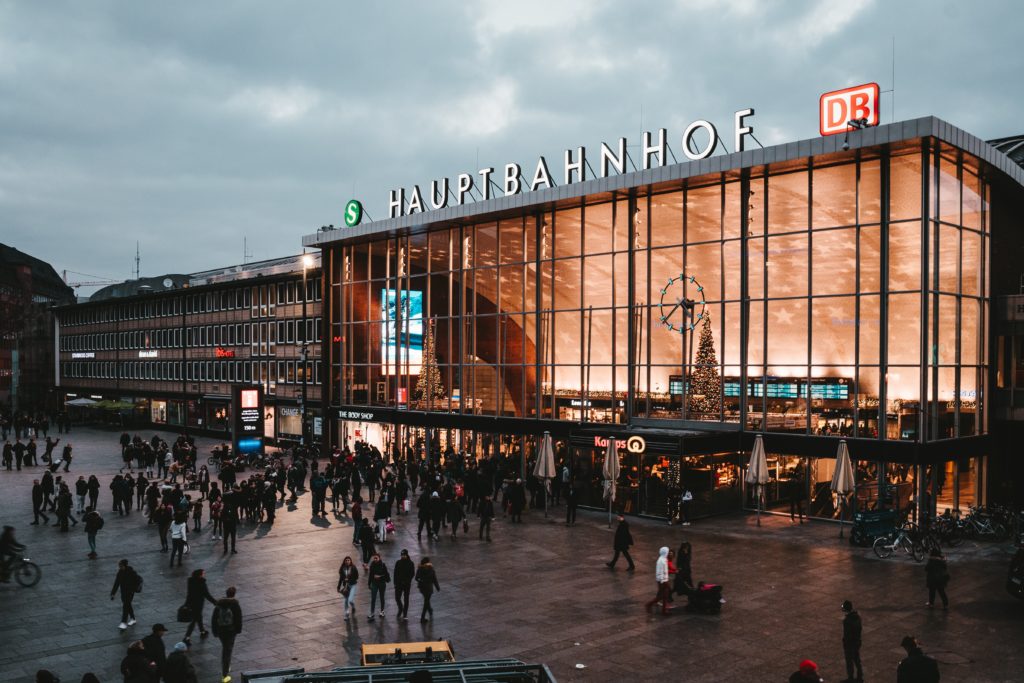 Germany, with the world’s largest trade surplus and record-low unemployment, is sold as an economic superstar and a “model” for the rest of Europe. While Germany might not seem to have an unemployment problem, is there a deepening employment crisis? Joblessness in Europe’s largest economy has dropped steadily since the 2008 crisis. Germany has the second highest employment rate in the EU after Sweden. This year, the German unemployment rate dropped below 5%. The success in reducing its historically high unemployment rate is heralded as an “employment miracle.”

But that’s not the full story. Germany is also home to one of Europe’s largest low-wage sector, with rising work insecurity and earnings inequality. While Germany recorded its lowest unemployment rate since reunification this year, poverty too reached its highest since reunification. This paradox of poverty amid plenty requires a detailed introspection.

The German postwar prosperity was built on the pillars of a Bismarckian welfare state. The emergence of the “economic miracle” was propelled by an Ordoliberalism-based social market economy. Ordoliberalism was born out of the observation that unfettered liberal systems are inherently unstable, and require rules and government intervention to sustain themselves. Stability sits at the core of this German model.

At its core, the German economic model is an institutionalized mutual accommodation of capital and labor. During the 1990s, German capitalism underwent profound changes which transformed some basic features of its social and economic development model. Many larger firms started to outsource and contract out their work to Eastern Europe. This triggered a decentralized setting of employment standards and wages. Furthermore, trade unions agreed to continued wage moderation to keep employment in the country. This did not stop the increasing number of unemployed that almost doubled between 1991 and 2003, reaching 4.4 million and pushing the German unemployment rate to 11.6%, with a much worse situation in the eastern regions.

When Chancellor Gerhard Schröder came into office in 1998 as head of SPD-Green coalition, he emphasised his affinity with Tony Blair’s New Labour in Britain. Liberalization of the labor market and the decline in social benefits was key to this vision of the “Third Way/Neue Mitte.”

The Hartz reforms consisted of four acts (Hartz I-IV) introduced between 2003 and 2005. They further increased the labor market flexibility by relaxing restrictions on temporary work, reducing barriers to dismissal among small establishments and introducing precarious work arrangements. These reforms resulted in a significant cut in the unemployment benefits for the long-term unemployed and reduced the generosity of unemployment insurance. Consequently, the Hartz IV reform also contributed to a growing sector of low-pay employment. The number of subcontracted workers in temporary jobs increased from around 288,000 in 2003 to over 1 million in 2016 (almost 3% of all employees).

Soon after, the eurozone entered a recession in the first quarter of 2008, severely hitting the Germany economy. The economy shrank by around 7% between the start of 2008 and the middle of 2009. Yet Germany experienced a deep but short recession. It became the first country to get out of recession with little effect on its labor market.

There is more to the German story besides the Hartz reforms and a long-term trend of wage moderation. The strengthened division of labor based on gender and work arrangement (part-time) better explains the miracle in the employment numbers than an increase in the volume of work.

As per the Eurostat data, total hours worked in Germany increased by 3.3% between 1996 and 2016. This is far less than the increase for the same duration in France (9.2%) and EU-28 (7.7%). The upbeat employment performance in Germany was made possible by redistributing the same volume of work between more employees. This was achieved by creating around 4.8 million part-time jobs dominated by women and older workers over the last decade. Among the four largest eurozone countries, Germany holds the highest share of part-time workers in total employment, which was at 27% in 2017.

Germany’s export-led growth model is at the root of its rapid post-crisis recovery and subsequent strong performance. Wage moderation, complimented by the introduction of euro in 1999, lowered the German real exchange rate and boosted German net exports. The single European currency played an influential role in bolstering the German export-led growth model, ruling out compensating nominal exchange rate devaluations by the main European trade partners. As a result, the trade imbalances within the eurozone became more persistent.

The claim of German success based on the low unemployment rate does not explain how gains and losses are distributed across the population. Both income and social mobility decreased with the rising income inequality. Germany has experienced the twin phenomenon of a rapidly growing segment of the “working poor” and development of a massive low-wage sector. Every fifth German worker earns less than 10 euros per hour. According to Eurostat, Germany had 22.5% of low-wage earners in 2014 compared to just 8.8% in France. Real incomes have been nearly stagnant for many Germans after two decades of flat wage growth. This wage inequality forced Germany to establish a statutory nationwide minimum wage in 2015.

Despite the low unemployment, growing skills shortage plagues the German industry and its vast network of mid-sized companies. According to the survey by the Institute for Employment Research, 1.24 million jobs were vacant in 2018. This skilled labor shortage in a rapidly aging society might be corrected by the arrival of over 2 million immigrants. But it is also testing both the social and economic fiber of the German model.

The labor market inequalities and economic insecurity are stoking discontent from the Rhine to the Seine. The widening income and wealth inequality between the rich and poor is coinciding with the narrowing gap between the poor and the lower middle class. A German-dominated eurozone cannot risk disregarding the increasing European divergence. The consequences of this social and economic polarization have the power and capacity to threaten the social-democratic pragmatism of the continental model of governance.

The ripple effects of Brexit in the UK and the rising discontent against President Emmanuel Macron in neighboring France, alongside the uncertainty over the what happens after Chancellor Angela Merkel steps down in 2021, will only exert more pressure on the German model.

*[This article was originally published by The Conversation.]

The article was originally published on Fair Observer.