The Queen’s funeral was attended by an estimated 2,000 guests, including world leaders and heads of state, according to media reports 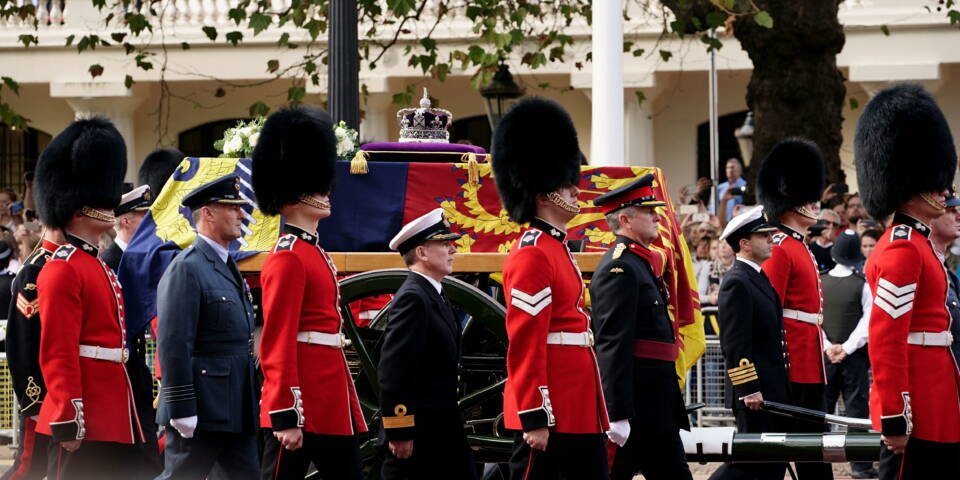 Queen Elizabeth will be buried alongside her husband Prince Philip in a small chapel in the grounds of Windsor Castle in a private ceremony, after her state funeral at London’s Westminster Abbey on Monday.

As the Queen’s son, King Charles, and the British royal family bid farewell to Britain’s longest-reigning monarch, leaders from across the world were in attendance, including the President of India, Ms. Draupadi Murmu. President Murmu was invite to the reception hosted by King Charles III of United Kingdom at Buckingham Palace ahead of the funeral.

The Queen’s funeral with full state honors will be the UK’s first since former Prime Minister Winston Churchill was accorded the same in 1965.

After the state funeral, a final intimate family ceremony will take place before the Queen, who died on September 8 at the age of 96, will be buried at St George’s Chapel next to her late husband, Prince Philip.

The UK’s longest-serving monarch died last week on Thursday serving for 70 years as head of state, the longest ever.

The monarch was lying-in-state at Westminster Hall, as several people queued to pay their respects.

‘God Save the King’ was sung inside Westminster Abbey, before a lament, played by the Queen’s piper brought the state funeral service to end.

A two-minute silence was observed across the UK in honour of the Queen.

The Archbishop of Canterbury remembered the Queen as ‘joyful’ as he addressed the funeral gathering, saying that she was ‘present, touching multitude of lives.’

King Charles III sat with his siblings in the front row at Westminster Abbey during the service. The family also walked behind the Queen’s coffin, as it was brough to the Abbey.

All funeral viewing areas in Central London were full, as around 2,000 people were part of the funeral service at Westminster Abbey today.

A total of 1,650 military personnel were involved in the procession from Westminster Abbey to Wellington Arch after her funeral, before it headed to the Queen’s final resting place at Windsor.

During the committal service at Windsor, which was conducted by Dean of Windsor, the Imperial State Crown, the orb and the sceptre was lifted from the Queen’s coffin by the Crown Jeweller, separating the Queen from her crown for the final time.

King Charles then placed the Queen’s company camp colour on the coffin, after receiving it from the regimental lieutenant colonel of the Grenadier Guards. This was followed by the Lord Chamberlain breaking the wand of office, signaling the end of the reign of Queen Elizabeth II.

The service ended with a Bach prelude and fugue.

The Royal family, which left in separate cars will then return for a private funeral away where the Queen, alongside her family members.