Q Contraire: What is the true value of oil?

Why do oil prices matter to the global economy? An expert explains 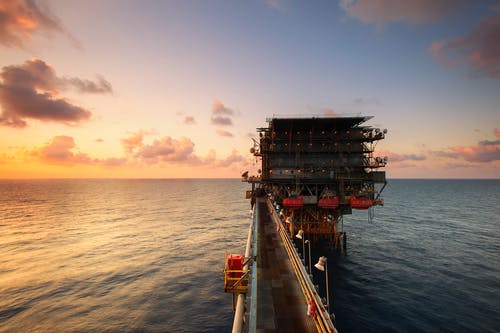 Demand for oil plunged in 2020 during the pandemic when lockdowns led the price to fall below zero first time in history due to a major downturn in economic activity.

Oil prices have since risen sharply to nearly $100 per barrel following strong economic recovery post-lockdowns. As the economy grows so does the demand for oil. Moreover, rising geopolitical tensions between Russia and Ukraine and in the Middle East are stoking supply fears. This is contributing to rising inflation and concerns about economic recovery.

Oil accounts for approximately 3% of GDP and is one of the most important commodities in the world – petroleum products can be found in everything from personal protective equipment, plastics, chemicals and fertilisers through to aspirin, clothing, fuel for transportation and even solar panels.

A global movement towards sustainability may eventually change the low price elasticity of demand for oil. But while the energy transition continues apace it’s important to understand how supply and demand factors influence the price of oil and therefore the wider economy.

Maciej Kolaczkowski, Manager Oil and Gas Industry from the World Economic Forum’s Energy, Materials, Infrastructure Platform, outlines the key factors which determine oil prices, their impact on the global economy and implications for the energy transition.

Oil prices are currently at nearly $100 a barrel. What has caused this price rise and why are oil prices so volatile?

Kolaczkowski: No one really has a crystal ball – tomorrow things can go in exactly the opposite direction. Change and volatility seem to be the only constant in the oil market. However, it is probably safe to say that there are three key underlying reasons:

Two years ago when COVID-19 started, there was a plunge in economic activity and oil demand. Producers were adjusting production levels, but there is only so much one can do without destroying reservoirs or capital. Storage capacity is also limited. Moreover, there was uncertainty about how severe the economic crisis would be and how long it would last. These compounded factors pushed oil prices to very low levels not seen in decades. There was even a short period of time when oil prices went down to minus $40.

This difficult period lasted several months. It was followed by a surprising economic rebound, driving demand for oil and oil products. It’s estimated that oil demand at this point is back, or has already surpassed, pre-pandemic levels. In other words, it has never been higher. Nota bene, similarly CO2 emissions. I remember when the pandemic started, there were high expectations for CO2 emissions reductions. Indeed it materialized and emissions dropped several percent in 2020. But these gains were short lived, and today it is estimated that emissions are also above that of pre-pandemic levels.

Supply has not been able to fully respond to increased demand. OPEC has been scaling up oil production slowly, but it also has limited spare capacity and is probably cautious not to oversupply the market again. Beyond spare capacity, oil production has very long investment cycles. It can take up to a decade to reach first production from the moment the resources are confirmed. Some unconventional sources can deliver production much faster, but these are limited in scale.

Moreover, all producers are cautious in allocating capital. First, they learned their lessons from an oversupplied market when oil prices dropped to minus $40. Second, perhaps more importantly, there is strong pressure on the industry not to develop new fields, to hold or decrease investment in maintaining and growing production and to divert the capital to green investments.

Geopolitical tensions between Russia and Ukraine and increased instability in the Middle East add to oil market nervousness.

How do oil price increases affect inflation and what does that mean for the global economy?

Oil is 3% of global GDP. So, if 3% of global GDP is twice as expensive tomorrow, clearly, this will have some impact on inflation. But I don’t think it’s a major driver when it comes to inflation. I think that inflation is really driven by loose monetary policies.

In that context, oil prices will not be the biggest factor when it comes to inflation but it is still important. Why? Because oil is basically in everything, so it’s not a volumetric impact, but it impacts price of almost everything. An increase oil price will not only be seen at the gas station, but it will be felt in virtually all the goods and services we use. Because oil is a feedstock, source of energy and is used in the transportation of many things.

The true cost for consumers

People tend to think in inflation terms about the price of, say, the cost of filling up their car but what might people not understand about oil prices? i.e. what are the costs beyond the petrol pump?

When it comes to oil as a source of energy, depending on where you are, 50-60% of what consumers pay at the pump is tax. We tend to focus on the fluctuation in the crude oil price, which is important, but the really big thing that people don’t know is that in every €1.50 spent on a litre of gasoline, they pay 70-80 cents to the government. Importing countries like the EU make more money from taxing oil that producing countries from exporting it!

In every €1.50 spent on a litre of gasoline, [people] pay 70-80 cents to the government.—Maciej Kolaczkowski.

Impact on oil importers and exporters

High oil prices are a challenge for importing countries while at the same time work to the advantage of exporting countries. It is really a zero-sum game. With price changes, there is a shift in profiting between oil producing and oil consuming countries.

High oil prices improve the economics of electric vehicles (EVs) and other alternatives like hydrogen and other potential solutions for mobility, but not necessarily directly impact renewable energy. It is because renewable energy is not directly a substitute for oil. Of course, the assumption is that if you go for an EV, you probably want to use renewable energy and by this you would also drive demand for renewables. However, in the real world it is not that straightforward.

On the flipside, inexpensive oil, i.e. market conditions we observed since 2014, have likely impacted negatively the competitiveness of EVs and other forms of sustainable mobility. Maybe that’s why EVs and other solutions have not scaled as quickly as predicted. Simply, oil was so cheap for years.

What does the future hold for oil?

Do you think the current surge in oil prices is temporary or marks a more permanent shift? If so how would that affect the global economy?

My expectation would be that oil prices will fluctuate in long-term. It is very difficult to predict level of prices or even direction of change.

In any case, I think the oil prices may stay at $100 or more, however not for long and certainly not forever. Because in the medium-term supply should catch up with demand growth while hopefully geopolitical tensions ease. In the long-term, I imagine the demand will plateau and maybe start decreasing at a certain point. And then, it’s difficult to see higher oil prices. The key uncertainty is when that will happen – experts differ strongly. Some say that such a peak is just a few years from now, others say more like a few decades.

If the energy transition is not a concerted effort between the demand side changes followed by supply side adjustments, temporary oil price spikes are very likely.—Maciej Kolaczkowski.

But having said that, I think there is a risk of big spikes, temporary spikes, to even higher levels than we see now to perhaps $150-200. If the energy transition is not a concerted effort between the demand side changes followed by supply side adjustments, temporary oil price spikes are very likely. Forcing supply curtailment without adjusting demand will create structural imbalances that will be difficult to address due to the very long investment cycles to produce oil.

There is this pressure to stop investing in oil production as we transition but there is a need for an understanding that we also need this supply. So we need to find this balance with the energy transition between now and 2050. The point is not to undermine the transition, but the transition needs to be led on the demand side by consumers, individual and industrial. It is a task for each and every one of us, not just for “Big Oil”. Otherwise, the risk is that it could be quite an erratic future.