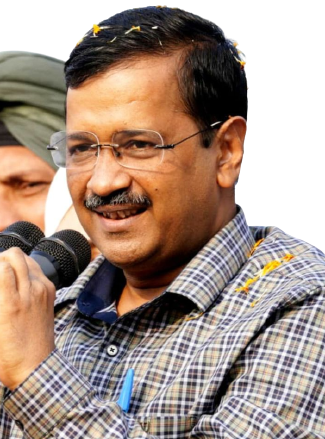 Delhi Chief Minister Arvind Kejriwal appealed to the Centre that images of Lord Ganesh and Goddess Lakshmi be put on currency notes, even as the BJP failed to mount a counter-offensive.

Many believe the AAP Chief and Delhi CM had hit a master stroke to prove that his party is not any of the things that the BJP accuses it of, including being too left-liberal or ‘anti-Hindu.’

Noting that Kejriwal’s suggestions were ‘irresponsible,’ one leader pointed out the dilemma the BJP was left in, as a national party and the ruling party in the country, to counter the supposed masterstroke.

AAP has earlier successfully countered BJP moves, as its leaders were probed by investigative agencies to put its anti-corruption image under question. AAP called the move a reaction to its successful education policy.

According to political pundits, Kejriwal has proved a fast adapter, adopting an ideology suited to his party’s national ambitions.

AAP’s governance model plus open advocacy of populist / welfare measures are making his party’s presence felt in the national capital.

However, according to experts, AAP is unlikely to make any gains in Gujarat and Himachal with such measures just yet.