Religion is, and remains, essentially a creation of men, for men, by men. They have always resisted giving power to women. 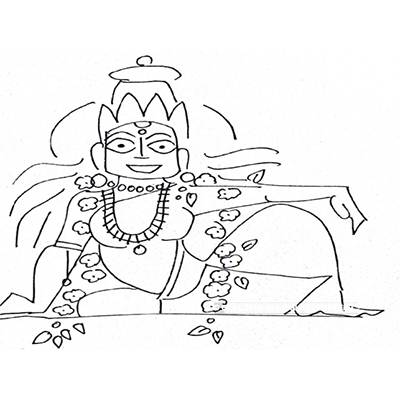 Religion is, and remains, essentially a creation of men, for men, by men. They have always resisted giving power to women.

In Abrahamic religions, God is avowedly male, addressed using male pronouns and when visualized, seen as an old man. His messengers are almost always male, with very few exceptions. So, Jesus is male, Muhammad is male, Moses is male. In Buddhism too, there was no reference to female Buddha for a thousand years after Buddha’s nirvana.

In Buddha’s past lives, narrated in Jataka tales, he takes many forms, animal, plant and human, but never female. But in both these religions, roughly 1500 years ago, femininity became a major force, not because men became enlightened, but because women secured positions of power.

In 5th century Rome, Empress Pulcheria made Mother Mary a central figure in Christianity. She belonged to the royal family and her grandfather was responsible for making Christianity the state religion in the Roman empire. She was the eldest daughter and she ruled alongside her brother.

She was a nun and realized that in a male dominated society, the only way to have power is to stay a nun and establish and reinforce her virginity, publicly. When her brother got married she went to a nunnery and kept away from court affairs, until the new archbishop, appointed by her brother’s wife, challenged the idea of Virgin Mary as mother of God.

It was clearly an attack on role of women in the public and spiritual domain. Pulcheria emerged from her self-imposed isolation and forced her brother to establish the council at Ephesus, where it was declared publicly, after a fierce debate, that Virgin Mary is indeed the mother of God.

Following her brother’s death, Pulcheria was forced to marry but, she asked her husband, a powerful army general, that he should respect her virginity even after marriage. The two ruled the empire, until her death, and during this time we find more images of mother Mary appearing, their faces uncannily resembling Pulcheria herself.

When the king won a battle with the Persian king, he attributed his success to Virgin Mary and to the virginity of his empress. Mary relics became as powerful and important as Jesus relics and so, we have reference to the virgin’s girdle, just as there is reference to the shroud of Jesus.

A similar thing happened about the same time in China and Tibet. We learn of the story of empress Wu. She entered the royal court of China as a concubine and rose to the rank of empress, after bearing the emperor a son. She became very powerful to the extent that she became a core ruler and the two of them were called the two sages in many of the royal documents.

In Chinese tradition, the state religion of Confucianism was highly patriarchal. It had a proverb that stated the idea of a female emperor is like imagining a hen will crow like a rooster at dawn.

However, in the more mystical Taoist traditions, which was popular amongst farmers and in the country side, the belief was that heaven is male and earth is female and that the world was created by a combination of male and female principles known as Yang and Yin.

But both sacrifices were offered by the emperor. The empress Wu convinced her husband that since the female principal should also be represented by a woman, she should participate in the sacrifice and when she did, coincidentally her husband was able to scale the mountain that he had been unable to do the previous times.

This proved that the heavens approved of her participation and with this she became a powerful force in the Chinese aristocracy. When her husband died, she became the regent in her son’s name and during this time she establisher her authority by including Mahayana Buddhism as part of the royal court faith and she popularized the idea of Kwan Yin, the female form of the Bodhisattva, Avatilokeshwara, who helps the suffering.

Gigantic images and paintings of the compassionate female Buddhist icon were created across China in caves and public buildings. Some were slightly androgynous while others are explicitly female, as indicated by exposed breasts and very feminine clothes. The model for the female form was, as in case of Pulcheria, the Empress Wu herself.

Around the same time, the Tibetan king married a Chinese and a Nepalese princess. The two wives helped in establishing Buddhism in Tibet. But this Buddhism focused was different. Here Buddha’s female power, Tara, was seen as wisdom that complemented Buddha’s compassion.

Thus only when women became powerful in the Roman empire, and in China and in Tibet, the otherwise local masculine religions made room for the female divine. So it was then. So it continues to be today.

This article has been previously published in The Economic Times. It has been republished with permission from Devdutt.