Person of the Week: Mark Zuckerberg

For somehow managing to be the guy who gave the world Farmville and then appeared in front of the US Senate, Mark Zuckerberg is the Person of the Week. 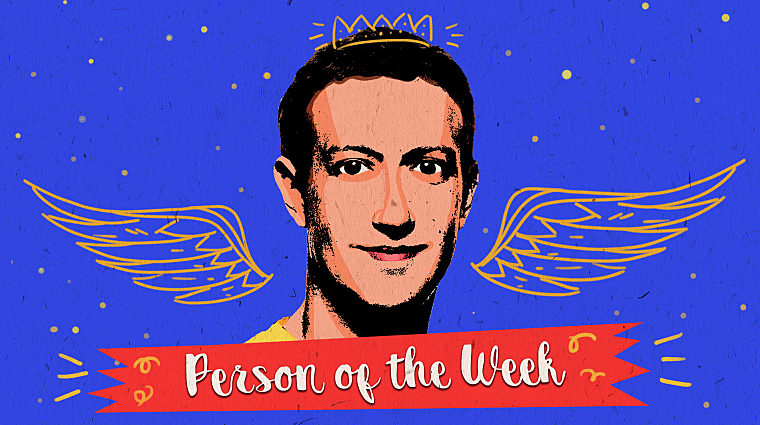 For somehow managing to be the guy who gave the world both Farmville and a dose of Donald Trump, Mark Zuckerberg, who appeared today in front of the US Senate, is our Person of the Week.

Poor Mark Zuckerberg. All he probably wanted as a young college kid was to become famous for making friendships more shallow than they were, and stalking a much easier thing to do. After all these years, he’s ended up achieving one of his dreams – becoming the most important person in the world not to wear a collared shirt – but for some terrible reasons.

Last month, it emerged that Facebook had by proxy ended up influencing one of the biggest elections in the world. Wondrous, especially when you consider it’s not intuitive enough to stop making those awkward videos celebrating my friendship with a tuition teacher from ten years ago. It all started with a revelation that a company named Cambridge Analytica, which worked on the Donald Trump campaign, had harvested close to 50 million Facebook profiles in order to carry out some good ol’ targeted propaganda.

The admission was made by two Cambridge Analytica executives themselves, when they were caught playing “Black Mirror-Black Mirror” in a sting operation on Channel 4 news in the UK. The guerrilla newscast – which is hill-arious, btw – featured the two cocksure execs delivering a number of tips on recognising modern psychological warfare. There’s an Orwellian reminder that there’s actually no good “fighting an election campaign on facts”, the insightful advice that Ukrainian women are more likely to ensnare Sri Lankan politicians than any other nationality, and an eye-opener that presidential candidates are basically puppets of whoever is running their campaign at the time.

The Cambridge Analytica guys, Alexander Nix and Mark Turnbull, apparently disguised their grand plan to influence elections through an innocuous personality quiz on Facebook. With the information they gained through all the validation-seekers and bored teenagers who took the quiz, they accessed millions of profiles. This data was used to create what they call an “air war”, which was basically a bunch of “Crooked Hillary” videos that were created by a third party, leading to the election of Donald Trump to the White House.

And this is where our Person of the Week, Mr Mark Zuckerberg comes in.

A majority of the fallout of the Cambridge Analytica revelation landed on 33-year-old Zuckie’s shoulders. All across the States #DeleteFacebook trended, prompting even Brian Acton, the former WhatsApp CEO, who sold his company to Facebook, to jump on the bandwagon. Even America’s chief propagandist Steve Bannon, who helped create Cambridge Analytica, and ran the right-wing Breitbart news site, was happy to pass the buck to Zuck.

When the morose Zuckerberg finally made an appearance, all he could do was apologise. “I started this when I was so young and inexperienced,” he said, going for the aww-factor even as his company deals with a falling stock and accusations that it’s constantly peddling fake news and trying to kill the internet. (Also replacing the poke button with a wave button instead of no button was a rubbish idea, just thought I should air my grievance while we are at it.)

As the two suits of Cambridge Analytica hide in the shadows with their bags of money and a jazz quartet playing in the background, Zuckerberg appeared today in front of the US Senate where he had to face really tough questions like: “How many data categories do you store, does Facebook store, on the categories that you collect?” Not to be left behind, our Information Technology minister Ravi Shankar Prasad has also taken time out from physically guarding the wall that’s been built around the Aadhaar database to warn Zuckerberg about India’s “robust mechanisms” to deal with data breaches of this nature. He also declared that he would not accept anyone interfering in our country’s election, and that his warnings will be heard across the Atlantic far away in California. Intense.

So naturally hours later, the BJP got busy arguing with the Congress like school children, about who had a bigger crush on Cambridge Analytica. Both ignored, of course, that both party logos are featured on the website of the India partner of Cambridge Analytica, the Ghaziabad-based Ovleno Business Intelligence. Classic good governance for you, mitron.

In the midst of this mess, Mark Zuckerberg is going to have a hard time pushing his Free Basics agenda, or becoming the home of “Bobs and Vagene”. Maybe he should spend less time collecting information from his users and stick to his own advice – play Farmville all day.