If responsibility for universal realisation of women’s equality and empowerment is not to be ours, then whose? If the time is not to be today, then when? 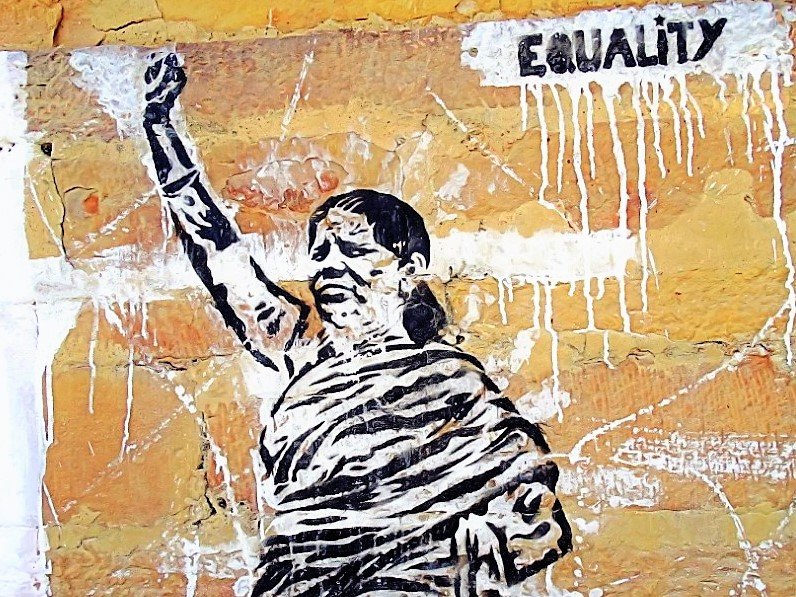 Every woman and girl deserves an equal chance to shape her future. Credit: Wikimedia Commons

Enala Ngulu was married to a man of 47 who had two other wives. She was 13-years-old.

At a time when she should have been in school, learning about the world, she was forced to grapple with adult responsibilities like marriage and childbearing.

At 15, Enala gave birth to her first child and subsequently had five more daughters.

This is the story of around 375 million women alive today who were married or partnered before their 18th birthday.

What makes Enala unique is she did not let it hinder her aspirations. She enrolled herself in primary school at 29 with six children. She continued her studies and received a Malawi school certificate of education in 2012.

She now works for the Foundation for Community Support Services as a Field Officer in Karonga. But her education and career were not the only dreams and desires which burned deep inside—she was also steadfastly determined to keep all of her six daughters in school without being forced into marriage.

Enala achieved this goal and went on to be an advocate of the Commonwealth’s work in Malawi to prevent and eliminate the practice of child, early and forced marriage (CEFM). CEFM is now banned in Malawi.

It is the resilience of women like Enala which inspires me to advocate on their behalf at the highest levels to ensure their stories are not forgotten and are at the centre-stage of decision-making.

At a young age, I realised women’s equality is a key source of a country’s economic growth but that social perceptions and discriminatory laws continue to impede their full participation. This ugly reality inspired me to pursue a legal career and left me determined to help empower women and girls in every way possible.

In 1997, I entered the House of Lords as Baroness Scotland of Asthal and throughout my ministerial career in the Foreign Office, Lord Chancellor’s Department, Home Office and as the first woman Attorney-General of England, Wales and Northern Ireland, I continued my efforts towards gender equality and the empowerment of women. At the Foreign Office between 1999 and 2001 we created the Forced Marriage Unit, the International Child Abduction Unit and the Human Rights Panel to help support young people around the world.

In 2003, I then chaired the Inter-Ministerial Group on Domestic Violence. Through its work we developed a multi-agency approach to deal with the pernicious nature of this crime. We introduced the Domestic Violence Crime and Victims Act and working together with other government departments, local authorities and charities ultimately reduced domestic violence by 64 per cent while the cost of domestic violence dropped by £7.1 billion a year. Up until this point the issue was wrongly assumed by many to belong in the private sphere rather than to be tackled by government.

Three years ago, in 2016, when I became the first woman to whom 53 Heads of Government entrusted the responsibilities of Commonwealth Secretary-General, I reaffirmed my commitment to women’s equality—an urgent priority for our member countries, as endorsed in the Commonwealth Charter.

A 2016 World Bank Report found that 41 of the 46 Commonwealth countries studied had at least one law impeding women’s economic opportunities.

Systematised legal inequalities such as these, based on gender, are barriers to full participation in society by women, and multiple detrimental effects ensue.

Without official or formal identification, a person can struggle to access financial services such as opening a bank account or obtaining a loan; social benefits including cash transfers; healthcare; education; political and legal rights such as voting, owning property or receiving an inheritance; and prevention of early and child marriage.

In order to remove these impediments, the Commonwealth in collaboration with UN Women is developing a global strategy to eradicate discriminatory laws; it is called “Levelling the Law”. Within this framework, we help member countries enact, amend and reform laws to protect the rights of women and girls in the Commonwealth and beyond.

We cannot afford to lose the skill, energy and passion of each woman and girl. We must build on such social capital if increased wealth and improved health are to be assured for the long-term. Every woman and girl deserves an equal chance to shape her future, whether she lives in a small country such as Nauru with only 10,000 people, or in the most populous, India, with 1.3 billion people.

It is encouraging to see powerful advocacy by the Commonwealth and other partners resulting in these laws being reviewed and bearing fruit in policies which are more just and more equitable.

To advance women’s empowerment, we are working closely with our member countries on a range of programmes and initiatives which include:

Women’s empowerment is not a women’s issue; it is everyone’s issue. Investing in women means a future which is more inclusive, more fair, more prosperous and more secure. This means millions of promises, with each and every one of us committing to eliminating child marriages, to no more girls out of school, to removing barriers for women to own a business, and to tackling violence against women and girls.

However, I am worried that if we do not implement gender responsive policies in time, it may slow our progress towards achieving the Agenda 2030 which is integral to women’s full economic participation.

We need fully to accept the harsh reality of gender-based barriers to women’s equality and empowerment. These barriers for women and girls should not exist in 2019; yet harmful practices, discriminatory laws, domestic and sexual violence, cultural perceptions and lack of opportunities still remain. In fact one in three women will experience some kind of domestic violence in their lives. If a pandemic were to wreak the same levels of pain and suffering across the world, the international community would mobilise to eliminate it; so why are we not rallying to eradicate this scourge?

We now have a plan based on empirical evidence to address unequal treatment of women with gender-responsive frameworks which will enable us to achieve women’s equality by 2030—so we urge others to support us in every way possible. Commitment and action by businesses, institutions and individuals, alongside bold, collective action by our governments and development partners, will deepen the understanding and implementation of gender-sensitive policies and particularly strategies to achieve measurable goals for women leaders.

The leaders of the many nations of our worldwide family have entrusted to me as Commonwealth Secretary-General the tremendous task of coordinating greater global collaboration so that our 2.4 billion people can work together towards achieving a future in which every woman is able to realise her full potential with greater peace and prosperity in her community. It is a privilege for me, as it can be for all who remember that Enala’s story is just one amongst many. This is not just about a woman, thousands of miles away in Malawi, this is a concern for all of us.

If responsibility for universal realisation of women’s equality and empowerment is not to be ours, then whose? If the time is not to be today, then when?

Patricia Scotland is the Secretary-General of The Commonwealth.