Palestinians are not powerless – they can take the initiative

It’s very important not to see the Palestinians and their leaders as passive actors or helpless victims. This is an evolving situation, and the Palestinian people are far from powerless. 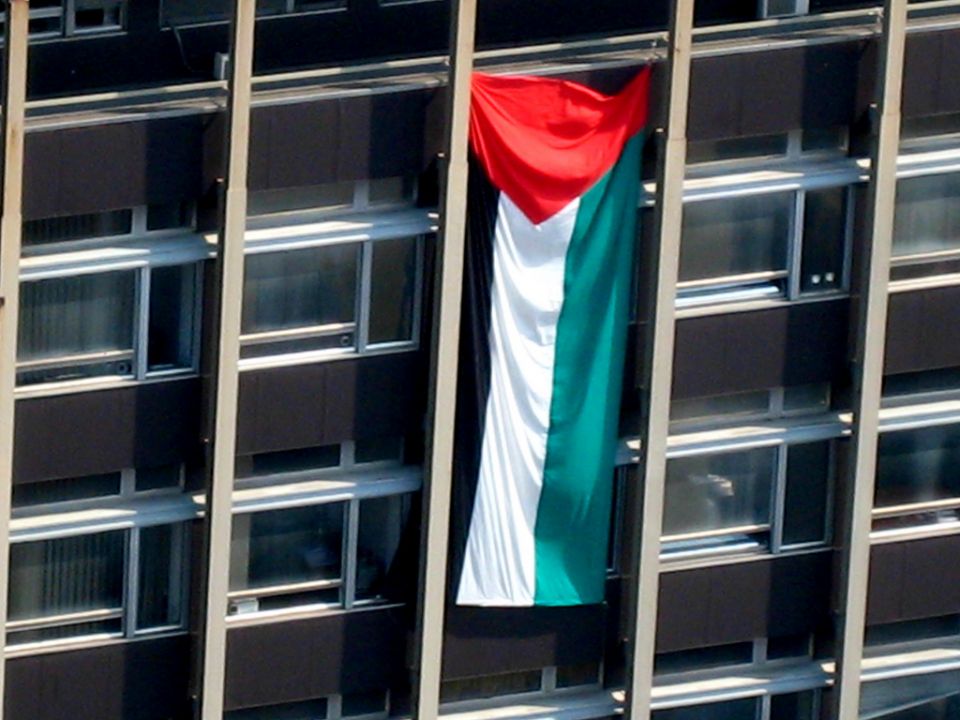 Donald Trump’s recent policy towards the Israeli-Palestinian conflict has been unambiguous, to put it mildly. His administration is increasingly aligned with one of the most right-wing governments in Israel’s history. Most radically of all, it reversed a longstanding US policy by recognising Jerusalem as the capital of Israel, and relocating the US embassy there from Tel Aviv. But, while the US policy has been the subject of furious debate, there’s been relatively little discussion about how the Palestinian leaders can respond.

It’s very important not to see the Palestinians and their leaders as passive actors or helpless victims. This is an evolving situation, and the Palestinian people are far from powerless. In fact, the current US-Israeli alliance presents Palestinian leaders with new opportunities to formulate counter-policies and preserve the Palestinian issue’s status as a just cause.

There’s plenty to do on the home front, and high up the list is achieving national unity among the different Palestinian political factions – Fatah and Hamas – and also the wider Palestinian communities in the homeland and the Shatat (diaspora).

Shatat communities have been marginalised in Palestinian political life ever since the Oslo Accords were signed in the early 1990s. While the leaders of the Palestine Liberation Organisation (PLO) returned to the occupied territories, the vast majority of the Palestinian refugee and displaced communities in Syria, Lebanon and Jordan were left waiting for an end to the displacement that began in 1948. They are still waiting today.

The PLO’s existing institutions need to be reformed and reinvigorated, and Palestinian communities within the homeland and the Shatat given a true voice in them. More than that, if Palestinian leaders want to put Israel under pressure, they need to think seriously about engaging in national campaigns of nonviolent popular resistance and civil disobedience.

One of the Israeli military and political leadership’s biggest fears is the emergence of an unarmed and nonviolent movement in the occupied Palestinian territories, one that could attract international support and the attention of the world’s media. The possibility of Palestinian refugees marching towards their confiscated land and demanding their national rights has haunted Israel for 70 years, and the last thing the Netanyahu government wants to see is an organised peaceful mass resistance movement that the wider world might feel comfortable supporting.

Along these lines, there’s another radical option the Palestinian leaders should consider: to shift its focus from the failing two-state solution to the pursuit of full and equal rights for all its citizens.

Palestinians in Israel face severe everyday discrimination, and Palestinians in Gaza and the West Bank including East Jerusalem are living under oppressive military occupation. Both are subject to complex and unjust legal structures that accord full rights to Israelis and settlers while denying protection and national rights to indigenous Palestinian communities.

Seeking equal rights and justice in all of Palestine is not only a democratic question, but a challenge to exclusive ideologies that have maintained separation and conflict. Among Palestinian intellectual and political representatives, the discourse of citizenship and equality is regaining currency as a primary means of conflict transformation – largely because of the failure of the two-state solution.

Another option is to keep pursuing international recognition of Palestinian statehood. This may not make much impact on Palestinians’ everyday lives, but it will certainly help enhance Palestine’s international status and foreground the Palestinian issue in international law. And that in turn will put Israel under increasing pressure to accept Palestinian national independence.

The most recent breakthroughs on this front came at the UN, which in 2012 effectively recognised Palestine’s statehood and granted it membership as a “non-member observer state”. That move has granted the Palestinians access to international justice mechanisms; today, the International Criminal Court is investigating potential war crimes committed by Israel since June 2014 in Palestinian territories, particularly in Gaza.

The Palestinian political leadership can also do more to leverage the PLO’s recognition of Israel. Whereas the PLO has recognised Israel’s right to live in peace and security since the 1993 Oslo Accords, Israel has never reciprocated and recognised Palestinian statehood. Instead, in the words of Sara Roy, the Oslo process saw the Israeli military occupation of Palestinian territories became “formalised” and “institutionalised”. Yet despite repeated statements bemoaning the Oslo framework’s failure, the Palestinian Authority has yet to capitalise on this obvious political inequality. Instead, it is still firmly committed thanks to the political, economic and security interests of its ruling elites.

To change the calculus, the Palestinian Authority leadership needs to put the issue of equal state recognition back on the agenda and consider the merit of its dogged commitment to the Oslo Accords. Options like this might not reverse the damage created by Trump’s alignment with the right-wing Israeli leadership, but they will prove that the Palestinians are serious and capable of developing policies that can lead to genuine change and win over international public opinion.