Pakistan’s economy is facing one of its worst crises

FPCCI former president and BMP Chairman Mian Anjum Nisar has said that the number is likely to drop further amid debt repayment obligations of more than USD 8 billion in the first quarter of 2023. 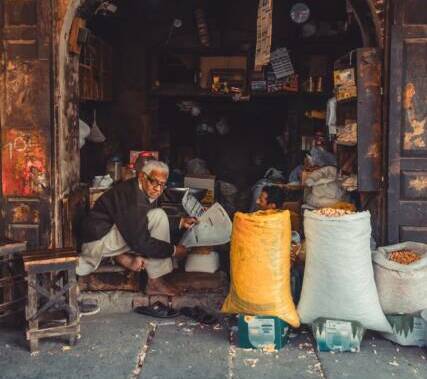 Pakistan’s economy is currently facing one of its worst crises as the country’s foreign exchange reserves have fallen to a critical level of USD 4.5 billion, warned The Federation of Pakistan Chambers of Commerce & Industry’s (FPCCI) Businessmen Panel (BMP), according to Pakistan-based The Frontier Post newspaper.

FPCCI former president and BMP Chairman Mian Anjum Nisar has said that the number is likely to drop further amid debt repayment obligations of more than USD 8 billion in the first quarter of 2023.

The country has made repayments of USD 600 million and USD 415 million to two Dubai-based commercial banks. According to reports, Pakistan after the loan repayments will be left with less than 25 days of import cover.

This comes as the gap between inter-bank and open-market US dollar rates has widened by over ₹ 24, highlighting the difference in how the greenback is being valued in two formal marketplaces in Pakistan, reported The Frontier Post newspaper.

Customers are being charged ₹ 50-60 to the US dollar for a transaction.

According to Mian Anjum Nisar, the current situation in Pakistan has forced commercial banks to be selective in opening LCs even for sectors such as healthcare, as it has been unable to open Letters of Credit (LCs) as per its usual banking cycle.

He said that economists are predicting an imminent humanitarian and healthcare crisis in Pakistan unless strict action is taken by the State Bank of Pakistan, Ministry of Finance and other institutions to avert the disaster.

A recent The Express Tribune report said that Pakistan citizens are left to bear the brunt of rulers’ failed policies that resulted in historic inflation, jacked up petroleum prices, and devalued rupee, as well as warnings of impending bankruptcy among other things.

In what appears to be the country’s closest brush with nightmarish default, the ruling parties found themselves bankrupt, both financially and intellectually amid Pakistan’s economy facing a collapse.

Since the change of government in April, the parliament remained dysfunctional, assemblies were on the verge of being dissolved, terrorism reared its ugly head yet again, and political turmoil kept intensifying with each passing day, hurting the economy, reported The Express Tribune.

Amid all of this, it was the year of the rise of the populist narrative and the PML-N-led ruling alliance tried its best to avoid snap polls; even local bodies elections after seeing PTI’s winning streak in by-elections and got itself labelled as the one running away from polls.

Throughout the year, the political elite failed to agree to play by any rules of the game amid the falling economic health of the country, reported The Express Tribune.