Pakistani crew along with boat are being brought to Jakhau for further investigation, says Indian Coast Guard 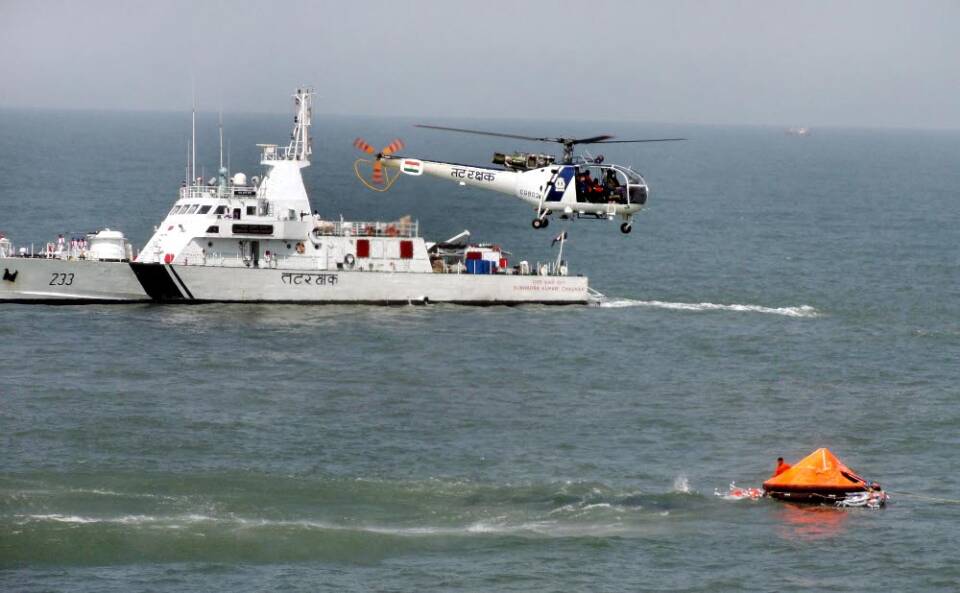 Indian Coast Guard ship and helicopter during the Search and Rescue Workshop and Exercise. Wikimedia Commons

Two fast attack boats of the Indian Coast Guard intercepted the boat, 33 nautical miles off Jakhau coast in Gujarat, according to officials.

The boat that was six miles inside the Indian waters, was carrying a crew of six, identified as Pakistani nationals.

The narcotics were headed to Punjab via Gujarat, according to officials. The seized boat is expected to reach the Jakhau coast later in the day.

The Anti-Terrorism Squad is cracking down on smuggling via the sea route in joint operations with Indian Coast Guard, Punjab Police, NCB and Delhi Police, as the Gujarat coast has increasingly become the preferred route for smugglers to make their way into the Indian mainland.