Pakistan has a so-called ‘undocumented’ economy that is conservatively estimated at a third of the country’s formal economy, although some studies suggest it could be as high as 50%. 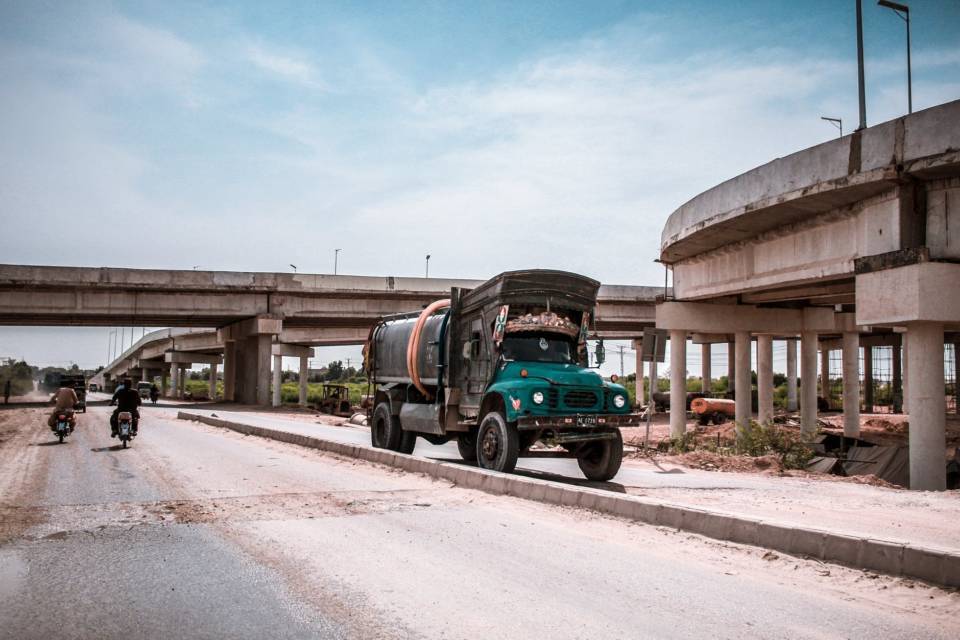 It’s official: Pakistan’s Federal Board of Revenue (FBR) has failed to meet its commitment to implement a comprehensive scheme to track and trace products across five important sectors – sugar, fertilisers, tobacco, cement and beverages – by its July 1 deadline.

The failure is particularly problematic given that the implementation of a timely and effective track-and-trace scheme (TTS) was one of the conditions of the $6 billion bailout Pakistan received from the IMF in 2019. The IMF had reason to recommend that Pakistan implement such a scheme: properly executed with high-tech solutions, a nationwide TTS could play a crucial role in cracking down on the tax evasion which costs Pakistan billions of rupees a year.

Pakistan’s so-called ‘undocumented’ economy is conservatively estimated at a third of the country’s formal economy, although some studies suggest it could be as high as 50%. However, with tax payments stalling at between 9 and 11% of GDP – one of the lowest in the developing world – Pakistan has been unable to achieve even the modest 14.2% tax-to-GDP goal set by the IMF in 2008.

Slow to move against illicit trade

The scale of tax evasion in the tobacco sector alone has created a substantial hole in government revenues. While estimates for the exact percentage of Pakistani tobacco trade on the parallel market vary, some studies suggest it may account for as much as 40%– equating to 32 billion cigarettes and an eye-watering PKR 59 billion in lost tax revenues.

Yet, despite the urgency to plug these holes in tax revenue collection, the FBR has consistently failed to award a clean tender or to implement an effective tracking scheme. Those long-delayed tenders that have been carried out, have been riddled with problems and accusations of conflict of interest.

At least part of the blame can be chalked up to interference from interested parties, particularly the tobacco industry. Two prominent multinationals – Pakistan Tobacco Company (PTC), a subsidiary of British American Tobacco (BAT), and Philip Morris Pakistan Ltd (PMPKL) – dominate the market in Pakistan and are committed to preserving profits, regardless of public health priorities. As reporting from outlets such as the Organised Crime and Corruption Reporting Project (OCCRP) has found, companies like PMI are linked to the black market production of their own products even as they complain of the impact of illicit trade on their bottom line.

Unsurprisingly, rampant industry influence has had a material effect on Pakistan’s attempts to execute a track and trace tender for the tobacco sector. The process has been ongoing for more than a decade, in fact, but the FBR only ramped up efforts after the IMF made it a condition of the 2019 bailout. Every tender attempted since, however, has been deeply flawed.

First, in August 2019 the FBR hired two former employees of BAT as consultants—one of which even helped draft the tender documents. Next, the FBR dramatically shifted the terms of the tender just days after the FBR’s chairman had a closed-door meeting with tobacco manufacturers. After this peculiar change, which significantly diminished the weight of technical expertise in the decision, the contract was awarded to the National Radio & Telecommunication Corporation (NRTC), despite its bid including a drastic pricing error that some bidders argued should have disqualified it outright.

Even more troublingly, the NRTC planned to use Inexto as its track-and-trace scheme—a re-brand of the Codentify system which independent experts believe was developed by Philip Morris International (PMI) to limit the power of TTS. Deploying an industry-designed TTS violates the terms of the WHO Framework Convention on Tobacco Control (FCTC), which forbids any collusion between system suppliers and the tobacco industry, making the NRTC tender victory all the more suspicious.

Given all the irregularities, it’s not surprising that the Islamabad High Court cancelled the tender and ordered the FBR to initiate fresh bidding.

The problems didn’t stop there, however. The FBR then chose a consortium, AJCL, headed by US firm Authentix to implement the TTS—not only for tobacco, but also for cement, sugar and fertilisers. Yet the tender was again tainted. For one thing, the consortium was deemed the “most advantageous bid” despite the fact that it was 52% more expensive than the cheapest bid. To make matters worse, the winning consortium failed to meet some essential criteria and the FBR failed to take into consideration a conflict of interest. Once again, the Sindh High Court suspended the award in March.

Even attempts to impose a tracking system on individual sectors have run into trouble. Electronic monitoring is an important step towards helping to record the quantity of raw sugar produced by millers. However, Islamabad and the Pakistan Sugar Mills Association (PSMA) are currently in deadlock as PSMA is trying to save money by replacing imported digital stamps with local QR codes stamped on sugar bags, a system which is highly unlikely to be as effective or fool proof.

With lawmakers from PM Imran Khan’s own party raising questions over how Pakistan can balance its budget, the country can’t afford further delay in implementing an effective independent scheme to curb tax evasion and cut down on illicit trade.

Pakistan’s 2020-21 tax-to-GDP ratio remained in single figures for the second year running despite record-breaking revenue collections, according to the FBR. The country’s tax base – historically too narrow – needs to expand rapidly if it is to meet targets and realign Pakistan’s economy with regional neighbours.

The various court interventions provide the government a chance to reset the TTS process and preside over tender procedures that are scrupulously transparent. It’s also an opportunity to properly scrutinise bidders, derailing those intent on corrupting the system, at the same time demonstrating Pakistan’s commitment to reform before an international community increasingly sceptical of their ability to collect revenue.

If Pakistan prioritised the implementation of a reliable TTS across under-taxed sectors, billions more rupees would flow into the treasury’s coffers, transforming the government’s ability to institute health, social and economic reform. At a time when every nation is under pressure, this revenue boost could be a chance for Pakistan to prove its performance on the international stage.