Newness and the restless love lives of millennials

In the age of dating apps, millennials now face the ageless conundrum of settling down, served with a technological update. 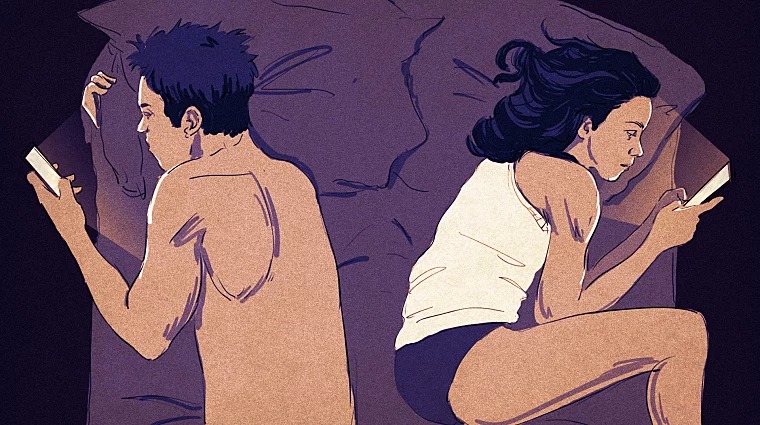 Can millennial hook-ups, born out of the swipe right universe, make for a durable love story?

That’s what Martin (Nicholas Hoult) and Gabi (Laia Costa) seek to answer in Drake Doremus’ Newness. Like numerous millennials, they swipe their hearts out all day every day in the hope of finding someone who could be their exception to the “DTF’ rule. Every seemingly casual right-swipe then is underlined with the weight of tremendous hope; a hope that keeps flickering until they meet each other.

It finally happens in the form of a late-night rendezvous that comes with no-strings attached. Martin and Gabi get together for drinks, voluntarily let go of their insecurities, and temporarily bring down their walls. They defy the millennial norm by eschewing introductions on the surface level and instead talk to each other, and share. He tells her about his short-lived marriage, and she lets him in on all the times she’s fallen in love. Soon, minutes make way for hours, and before they know it they’ve spent most of the night together connecting. Their conversations possess a kind of exhilarating honesty that can only make its presence felt when there exists no anxiety of a possible romantic future. Yet it is this very candour that eggs them on to explore a future with each other.

At a time when dating apps have guaranteed that love is relegated to being merely transactional, Martin and Gabi think they’ve emerged victorious and found it in its truest form. At least, that’s what they tell themselves. She moves in with him after a few weeks, the sex is better than ever and their days are filled with avocado toast breakfasts and art gallery dates. They even have the most millennial way of declaring their love: deleting their dating app profiles together.

But, after a few months into their relationship — a time when the fantasy of coupling fades and the reality of monotony hits — even these seemingly grand declarations can’t override their trained craving for newness. They’ve already exhausted their quota of uncovering new details about each other, and by extension, the promise of relentless and passionate excitement. Their lives are now centered around having mechanical sex with the same person every night, rehashing previous conversations, and essentially becoming an unremarkable portrait in comfortable stability.

The easy short bursts of passion-filled adventure accompanying the prevalent hook-up culture lulls us into a dating reality where we are reluctant to make the effort to be in love.

In a bygone era, Martin and Gabi could have made their peace with this picture, but in the weather of unlimited options, they’re acutely aware that they can ask for more. So one night, they reject the familiarity of each other’s bodies and turn away to embrace and choose the very dating app that brought them together. Over each other.

Martin and Gabi then aren’t just people inhabiting a film, but are also the delineation of the dating lives of millennials at this moment. Our dependence on the high that comes from chasing “newness” with multiple people is so addictive that it overrides any inestimable connection with one person. It’s ultimately the ageless conundrum of settling down, served with a technological update. Earlier, we refused to settle down in order to chase the elusive idea of “The One” but nowadays we’re ambassadors of the adage “the more, the merrier”. After all, why should there be any inclination to slow down with the one when we can plough through umpteen options in a matter of a swipe?

A long-term relationship then becomes our greatest nemesis. The easy short bursts of passion-filled adventure accompanying the prevalent hook-up culture lulls us into a dating reality where we are reluctant to make the effort to be in love. Because, being in love necessitates work, unconditional attention, and fighting the nagging feeling of missing out on “newness”. Naturally, we tend to gravitate toward choosing the unfiltered joy of skimming through the highlights than watching an entire match replete with ups and downs.

What does this aversion to treading the boringly mundane romantic ever-after say about us millennials? According to a now infamous Vanity Fair essay, it signifies the death of dating; the near-extension of courtship. I, on the other hand, don’t think it’s a quandary that easy to resolve. Instead, our reliance on dating apps as a fall-back alternative is telling of our insistence on changing the face of romance and taking the easy way out by always being on the lookout for the next best thing. From falling in love, we’ve proceeded to an actuality where love needs to be chosen.

The choice of being in love is now more difficult than ever. Rejecting the undemanding ways of the vicious cycle of hook-up reality will mean nights of sleep preceded by bursts of TV-watching instead of passionate sex. It’ll be resisting the urge to freak out at the first sign of uninterrupted silence. The drunk nights will cease to exist, as will the impromptu dates. Our fingers will not immediately reach out to our phones to swipe, and the urge to start over periodically will be discarded. We won’t be reaching out for options just because we are afforded one. We’ll be balancing the tides of passion with the waves of stability and will have to remain in love, even on trying days despite getting a notification alerting us about a new match.

The only question is: Will this lifelong companionship ever make up for the loss of a whirlwind app-fuelled romance? Martin and Gabi try to answer it by finding their way back to each other after many detours and taking a vow to find their newness in each other. Like most millennials, they’re still not certain if they belong with each other, but they’re determined to find out instead of running away in search of greener pastures. Like them, I’ll never be sure, but being in love is a choice I’m willing to make, along with opting for those frequent nights of television watching.

I only hope I’ll get to have my say with the remote.