Explained: New Zealand’s Wellbeing Budget and how it wants to change the measure of progress 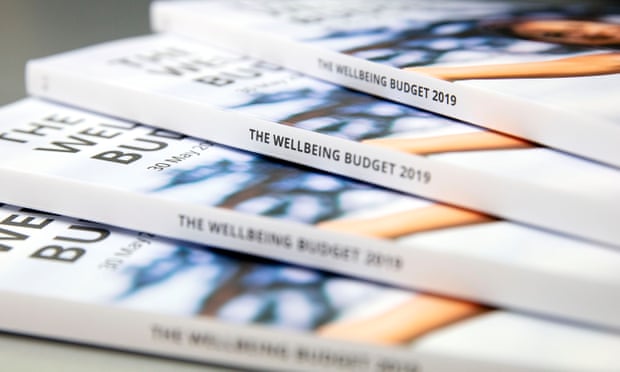 New Zealand Prime Minister Jacinda Ardern revealed a historic ‘Wellbeing’ Budget last week—the first of its kind—refocusing allocations and economic priorities to the most vulnerable sections of the society.

The government plans NZ$15.2 billion ($10 billion) of new operating spending over the next five years and NZ$10.4 billion of capital investment, Finance Minister Grant Robertson said on Thursday, May 30, in Wellington.

According to the New York Times, under New Zealand’s revised policy, “all new spending must advance one of five government priorities: improving mental health, reducing child poverty, addressing the inequalities faced by indigenous Maori and Pacific islands people, thriving in a digital age, and transitioning to a low-emission, sustainable economy”.

With well-outlined policies on advancing social outcomes that would contribute to raising New Zealand’s living standards, like alleviating suicide with better mental healthcare delivery and implementing paid leave for victims of domestic violence, the island nation has once again positioned itself as a leader in progressive legislation.

The budget comes just months after the Christchurch mosque massacre; in response PM Jacinda Ardern brought in stricter gun control laws and strong communitarian message against Islamophobia and racism. At a time when countries like the US fail to crack down on racially motivated gun violence, Ardern did not hesitate to term white supremacist violence as a form of terrorism.

Now, the government’s budget is being described as a world-first attempt to change the way economic progress is measured and is certain to further cement her reputation for compassionate leadership.

Redesigning the purpose of government spending

Last Thursday, the country’s ruling Labour coalition government unveiled the inaugural Wellbeing Budget after a year of speculation and curiosity.

That is true; for the first time, well-being factors like life expectancy, education levels, air quality, and “a sense of belonging” have been factored into budgetary decisions.

Although Bhutan was the first nation to prioritise happiness as a parameter to measure growth in 2008, followed by similar approaches by other nations like the UK, this is the first time well-being and welfare is at the core of the government’s spending decisions.

Robertson claimed New Zealanders were not benefiting from a growing economy in their daily lives, which is what inspired them to tailor this budget to address the growing disparity between privileged and deprived classes.

The budget promises to spend billions in reducing child poverty, besides containing a record investment in measures to tackle family violence. But the improvement of mental health services for New Zealanders across the social ladder has received the biggest funding and investment boost of NZ$1.9bn.

Half of this amount will address the needs of the “missing middle” who suffer from mild to moderate anxiety and depressive disorders that don’t require hospitalisation but significantly affect their quality of life; this accounts for nearly 325,000 New Zealanders; with the funding, the government hopes to ameliorate their addiction issues by 2024.

With suicide rates on the rise, the government has further decided to spend half a billion to bring frontline mental health workers to indigenous clinics. Ardern said, for her, the issue of mental health was “deeply personal”. “Almost all of us have lost friends or family members. Ensuring that New Zealanders can now just show up to their GP or health centre and get expert mental health support is a critical first step.”

According to predictions by the International Monetary Fund, the economy is expected to grow about 2.5% in 2019 and 2.9% in 2020. The policies reportedly project an average economic growth of 2.7% by 2023, with a surplus of 6.1 billion NZ dollars ($4bn) by then and inflation hovering around 2%. Unemployment, according to forecasts, will be slightly over 4%.

But dispelling criticism from the opposition National Party calling it a gimmick, Ardern has assured that the budget is key to delivering the reformist agenda she’d campaigned on the planks of in 2017.

Western media has not been too kind either—calling the budget “New Zealand’s new liberal milestone” and forecasting “lower surpluses and higher debt in favor of delivering fiscal stimulus to a sluggish economy in a budget aimed squarely at improving people’s well-being”.

Ardern, however, argued that the well-being approach provides real-world benefits, citing reducing family violence—one of New Zealand’s most prevalent social problem—as a practical example of how it works.

Research shows that over half of the country’s employees are victims of family violence, which has a significant impact on safety and productivity at the workplace, affecting thousands of children as the cycle continues. It is estimated to cost businesses more than $368 million annually, reported NZ Herald in March.

“When our children do better, we all do better,” she said.”Breaking the cycle of violence saves us costs down the line, but more importantly it makes us a better country and makes children’s lives richer and more fulfilling.”

Notably, New Zealand’s parliament voted last month to institute a blanket rule for all employers to offer paid leaves to employees who have been victims of domestic violence, the first country to do so.

The legislation was passed last year and came into effect on April 1.

It grants survivors 10 days of paid leave from work to enable them to leave their partners, find new homes, and protect themselves and their children “without worrying about losing their jobs”, said Green MP Jan Logie. They can also request a short-term variation to their working arrangements, such as to their hours of work, location, and duties.

This is a commendable extension of the social security scheme for those impacted by domestic violence.

“Financial insecurity has often been a major barrier to people trying to leave abusive situations and keep themselves and their kids safe,” Logie tells TVNZ. “Employers frequently told us they want to support people but didn’t know how. Now, they have a framework and guidance.”

The rule is thus poised to bring a positive change in workplaces as well, as supervisors and employers will now have to help employees manage the effects of domestic violence—by allowing them time to attend scheduled court dates, move homes, and arrange care for their children.

What we can learn

Sometimes, growth is not immediately visible in the form of ramped-up defence spending or big infrastructure projects. Growth, especially in developing nations, needs to be built from the ground up: clean drinking water, access to education for all, healthcare that does not discriminate, social justice and equality by prioritising the needs of the vulnerable sections of society.

India was billed as the unhappiest country in the world last year, and yet mental health—disability of any form, for that matter—fails to find a place in political discourse or policymaking.

Very few parties included protection of the LGBTQ+ population, the homeless, and forest-dwelling communities in their manifestos or political agenda. It is also worth noting that marital rape is still not a penal offence in India and redress for domestic abuse is either delayed or denied; the country, meanwhile, has emerged as the most dangerous place for women.

In that respect, New Zealand’s Wellbeing Budget highlights the intrinsic flaws in how we measure development and growth, and why despite being the sixth richest nation in the world, the economic gap and unemployment numbers in “New India” are widening.