Netizen Report: Who else is being silenced in Saudi Arabia?

Multiple prominent women’s rights activists have been arrested for their participation in online campaigns against the guardianship system. 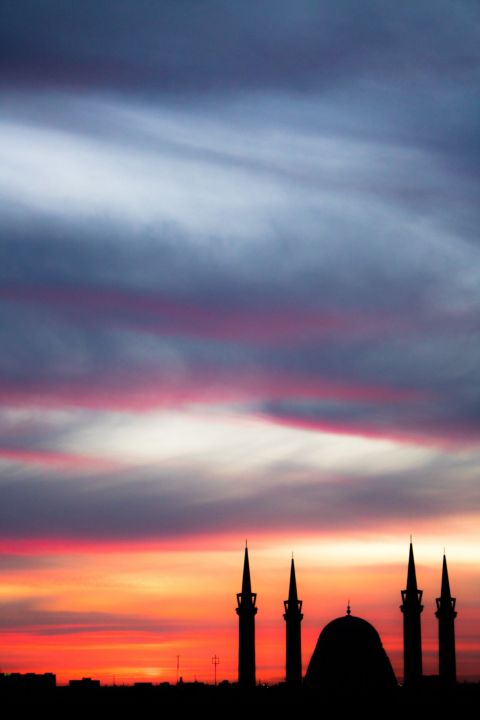 The Advox Netizen Report offers an international snapshot of challenges, victories, and emerging trends in Internet rights around the world. This report covers news and events from November 16 – Dec 1, 2018.

The October 2018 murder of Saudi Arabian journalist Jamal Khashoggi — who US and Turkish officials say was killed at the order of Crown Prince Bin Salman — has cast new light on the many human rights abuses that take place in the Kingdom.

One of the most pressing topics for activists in the Kingdom is Saudi Arabia’s antiquated, patriarchal system of male guardianship, under which a woman must have the consent of a male guardian if she wishes to get married, rent her own apartment, apply for a passport or travel outside the country. Multiple prominent women’s rights activists have been arrested for their participation in online campaigns against the guardianship system.

One of them, Eman Al-Nafjan, is the author of the blog Saudiwoman, where she wrote about women’s rights, social issues and cultural understanding in the Kingdom. Al-Nafjan has been in detention since mid-May, after Saudi authorities detained and held her incommunicado in an undisclosed location, along with two other activists.

Another is Samar Badawi, a tireless campaigner for women’s rights who has been arrested and investigated several times by Saudi authorities and was most recently arrested on July 30, 2018. She has been in detention ever since, without charge. Badawi is the sister of Raif Badawi, a blogger who in 2014 was sentenced to 10 years in prison and 1,000 lashes on apostasy charges related to Free Saudi Liberals, a website that he created to foster public debate.

In late November, Amnesty International received testimonies of torture, including flogging and sexual harassment, from activists jailed at Dhahban Prison, where both al-Nafjan and Badawi are held.

Religious discrimination is also a prominent issue for Saudi advocates. Israa Al-Ghomgham and her husband, activist Mousa Al-Hashim, were arrested in 2015 over their roles in anti-government protests in 2011. Both had used online and offline tools to advocate for human rights protections for Saudi Arabia’s Shiite minority.

Today, Al-Ghomgham is facing charges including “preparing, sending and storing material that would harm the public order” under Article 6 of the Cybercrime Act. She also stands accused of “inciting rallies and young people against the state and security forces on social networking sites”, and posting photos and videos of these protests online. State prosecutors working on her case are seeking the death penalty.

For Saudi citizens who are speaking out about rule of law, human rights violations and other matters of public concern, the internet and social media services are critical platforms, as it is often impossible, if not incredibly dangerous, to speak about these issues in other spaces. If Israa Al-Ghomgham is convicted under the Cybercrime Act, the cost of speaking out online will be clearer than ever.

In recent months, police in China have been threatening Twitter users and demanding that they remove certain politically sensitive tweets or delete their accounts altogether, according to recent reports by AFP and China Change.

While Twitter is blocked by China’s so-called Great Firewall, a small set of internet-savvy activists and commenters maintain Twitter accounts by using VPNs and other censorship circumvention tools. Among the Twitter accounts deleted was that of Wu Gan, a long-standing advocate for human rights in China, and prominent online civil society organizer.

Twitter became a safe haven for him and other human rights activists. There, they didn’t have to worry about their accounts being deleted, and they expressed their thoughts freely and left a record of their activities and thoughts – Twitter was their open diary.

Bangladesh blocks Skype, but to what end?

The Bangladesh Telecommunication Regulatory Commission began blocking Skypeon November 18. The Dhaka Tribune and Daily Star both reported that the block appears to have been triggered by the activities of opposition Bangladesh Nationalist Party. The party’s acting chairperson, Tarique Rahman, had apparently been interviewing potential candidates for the party ticket via Skype. Rahman has lived in exile in the UK since 2008, when he fled the country after being convicted on multiple charges of corruption, money laundering and involvement with political violence.

While the block may stop Rahman — and everyone else in Bangladesh — from using Skype, other voice over IP services remain accessible in the country.

Spain’s new data protection law, approved by the Senate on November 21, will allow political parties to create ideological profiles of citizens using information taken from web pages and social media. It will also allow them to use private contact information they find on those same sites to send political advertising over private communication channels like email and SMS.

While much of the law is intended to put Spain into compliance with the EU General Data Protection Regulation (GDPR), provisions like this one fall outside of the GDPR, which applies to private companies and organizations, but not political parties. Speaking with Spanish daily El Diario, free expression advocate Yolanda Quintana said that the law will “convert personal data into electoral merchandise” and that it will effectively legalize practices of companies like Cambridge Analytica.

An Indonesian school teacher was sentenced to six months in prison and a 500 billion Rupiah (nearly USD $34,000) fine by Indonesia’s Supreme Court in early November for recording a sexually explicit phone call she received from her school’s headmaster, who had been harassing her at work.

After the recording circulated on a WhatsApp group, the headmaster caught wind of the matter and filed a defamation complaint against Nuril, which on appeal led to her conviction under two sections of Indonesia’s Electronic Information and Transactions law, one of which addresses online defamation. The other criminalizes making or distributing “pornographic content” online.

Nuril’s prison term was temporarily suspended following online protests and public appeals to federal authorities, but there is no indication that the sentence will be revoked.

This article has previously been published on The Global Voices.