Mumbai, the world’s second-most crowded city, plans to unlock 25 square kilometers, or as big as at least 1,780 cricket fields, to build a million so-called affordable homes over two decades. 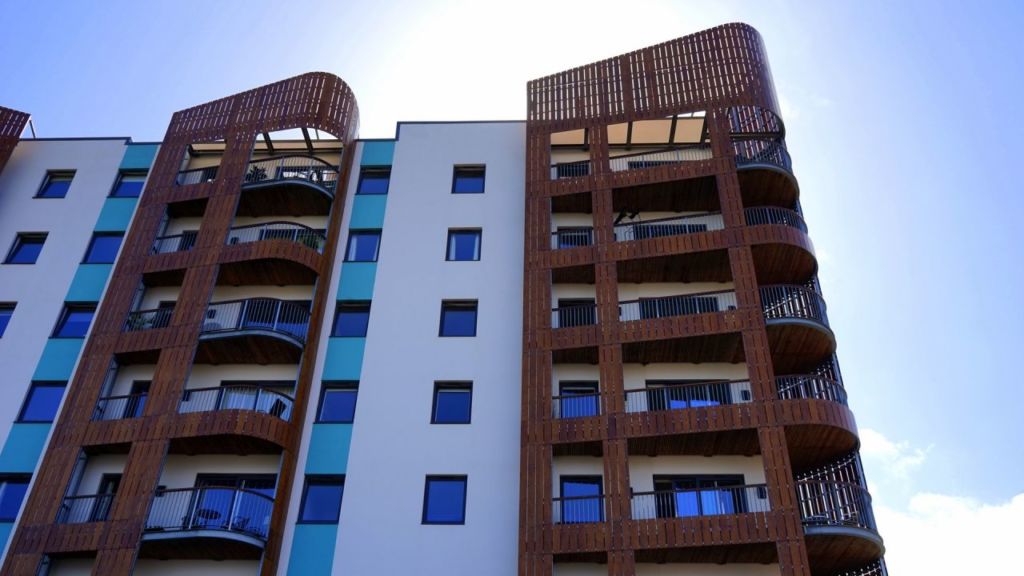 Ninad Karkhanis, 34, wants a home in Parel—a business district where multi-storeyed office blocks tower over defunct spinning mills, old rundown buildings and slums. The dry fruits supplier who lives in nearby Dadar won’t find anything he can afford in his Rs 30,000 a month income. Property prices in India’s second-largest real estate market are the highest in the country, driven by land costs.

Mumbai, the world’s second-most crowded city, plans to unlock 25 square kilometres, or as big as at least 1,780 cricket fields, to build a million so-called affordable homes over two decades. It will use land so far barred from development, including salt pans along parts of its coastline.

For those like Karkhanis, that means nothing because what qualifies as affordable depends on who you ask. An average one-bedroom apartment in the areas the Maharashtra government has identified for releasing land costs at least Rs 70 lakh, according to listings on property portal 99acres.com.

To be sure, Prime Minister Narendra Modi’s affordable housing scheme considers anyone with an income of up to Rs 18 lakh a year eligible for interest subsidy. To find a home in that income, a buyer will have to travel north into the extended suburbs outside the city limits. It’s unlikely to benefit anyone in tier 1 cities like Mumbai.

“The claim of affordable housing is just an eyewash because if we calculate, less than 1 lakh [100,000] units will be available for the poor as they cannot afford big homes,” said Stalin Dayanand, director at Vanashakti, a Mumbai-based non-government organisation for environment. “There already is an inventory pile-up. When you open up this land, the priority is lopsided.”

Unsold homes in the Mumbai region including the satellite cities of Navi Mumbai and Thane rose to their highest at 3.5 lakh till August last year, according to a report by property consultant Propstack and Cushman & Wakefield. The number has since been declining slowly as sales have just started picking up after a lull of nearly a year and a half. The cash purge and a new Real Estate Regulation Act to protect buyers had left developers cash-starved.

Most of the inventory is neither ready-to-move nor affordable, said Manju Yagnik of Nahar Group, a Mumbai-based developer. More land will allow more houses to come up, easing prices, she said. “It will boost the affordable segment.”

Mumbai’s record of turning new land into affordable homes isn’t inspiring enough. Nearly three decades ago, the government allowed development of unused mills, earmarking a third of it for workers.

It never worked, said Pankaj Joshi, executive director at Urban Design Research Institute. “That land is now open for private market and only luxury housing. How can we say that the new plan will be affordable?”

More so in salt pans where remedial measures are required to avoid flooding and other environmental hazards. That will add to the cost of construction.

“The question of affordability needs to be redefined,” Joshi said. “Whether Rs 1 crore is affordable or Rs 50 lakh is. And affordable for whom? And why would builders and owners give the land for less?”

Above all, he advises caution to ensure environmental damage is the least. Not without reason.

When It Rains, It Floods

Every year, several parts of Mumbai get flooded during monsoon rains. Commuters are often stranded on inundated roads or trains. Even the airport gets waterlogged, delaying flights. The reason, along with climate change, lies in the diversion of the city’s biggest water outlet, the Mithi river, to expand the airport more than a decade ago. That, along with record rainfall, had led to floods in 2005—the city’s worst in decades.

Mumbai was originally an archipelago of seven islands. By 1970s, land reclaimed over the previous 150 years had completely altered its landscape, blocking most of its waterways. Its green cover shrunk more than 64 percent in the next four decades, according to an Indian Institute of Science, Bengaluru study of 2014 cited in multiple media reports. The latest plan to build homes on the non-development zone—now called special development zone—and salt pans will only shrink it further.

Vanashakti’s Dayanand sees it as a precursor to a crisis.

Salt pans are low-lying areas that are floodplains where rainwater is harvested, he said. Once their height is raised, water will start collecting in the city, he said. “This entire exercise is lack of planning and done only to suit a few builders who have been lobbying for this from the last 20 years.”

Anarock Property Consultants too pointed out the potential drawbacks of development on salt pans. They not only provide thousands of salt harvesters a livelihood but also help maintain ecological balance by supporting thousands of species of migratory birds and fish, Prashant Thakur, head of research at the firm, wrote in a note. With their mangroves, salt pans act as a buffer that protects the island city from heavy rains and floods during monsoon, he said.

Developers think potential risks can be mitigated with effective planning. Pirojsha Godrej of Godrej Properties said there have to be trade-offs. A city should do everything possible to preserve its environment but not in a manner that it becomes anti-development, he said.

“My understanding is that environmentally sensitive areas such as mangroves have been kept out of development,” he said. “Salt pan lands have been open for long. It doesn’t make sense to block them from development. When 50 percent of the Mumbai lives in slums, we will have to look at opening up land parcels that can be used more productively.”

At 1.2 crore population, there are 31,700 people in every square kilometre of Mumbai, as per the UN Habitat data. Which makes it the second-most crowded after Dhaka, Bangladesh. Nearly half of the residents live in slums like Dharavi, a roughly 2-square-kilometre sprawl of shanties. And the city is only getting more crowded. Its strength, according to the World Population Review, is expected to more than double to 2.8 crore by 2030.

That would add burden on the city’s resources from water to roads. Infrastructure hasn’t kept pace with rising population and Mumbai is only now building a metro rail network. Gridlocks are common during peak travel hours as the city, the Times of India had reported, has the highest density of cars in India.

The new development plan (the final version yet to be notified) also allows vertical growth through higher floor space index—the proportion of built-up space to total area. While it will depend on the width of the adjoining road, higher FSI will throw up a bigger challenge for the city’s infrastructure.

The carrying capacity of the city needs to be determined – specifically its ability to provide all citizens a decent quality of life with access to basic amenities and infrastructure, Anarock’s Thakur wrote. And it needs more open spaces.

Compared to global “super cities”, Mumbai is seriously deprived of open spaces, he said. Only 1.24 square metres is available for every person compared with the government’s guidelines for 10-12 square metres.

It’s critical to assess the impact that the additional housing on the existing urban infrastructure of Mumbai, Thakur said. The “creaking suburban rail network” and inefficient management of solid waste and storm water need to be augmented, he said.

About 75 lakh people travel every day on that “creaking” local train network, elbowing their way in or hanging out of doorways. Ten fall to death or are run over while crossing the tracks daily, according to the railway police, making it the nation’s deadliest. Supporting infrastructure too needs urgent overhaul. In September, a morning stampede on a narrow bridge killed 23 at the Elphinstone station.

It’s not far from where Karkhanis is looking for a home, and explains why he doesn’t want to travel far. But he isn’t optimistic about finding a home in Mumbai anymore. “It’s tough.”