The Mueller report has been submitted: What happens next, explained

Special Counsel Robert Mueller’s report has concluded that there was no collusion between the Trump campaign team and Russian intelligence in the 2016 US Presidential election. 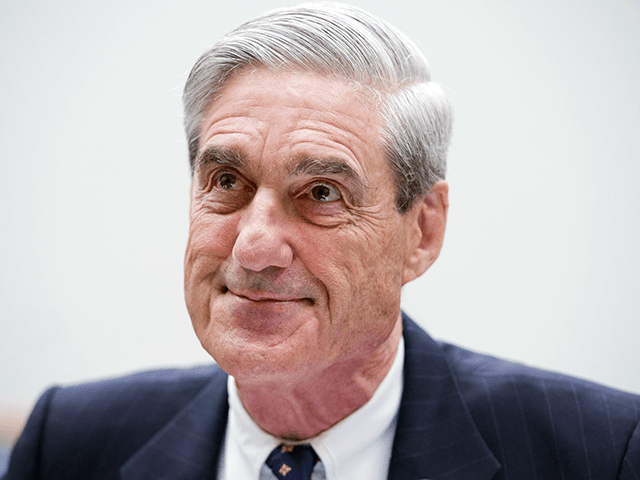 Special Counsel Robert Mueller has concluded his investigation into Russian interference into the 2016 US Presidential election. Credit: Florida Politics

On Monday, March 25, Special Counsel Robert Mueller submitted a report to the US Congress stating that Donald Trump’s 2016 presidential campaign did not collude with Russia. US Attorney General William Barr narrated a letter summarising Mueller’s findings to Congress.

Although Barr is still reviewing the documents submitted by Mueller, he says that the report generally exonerates the Trump campaign of any criminal cooperation with Russian.

“The investigation did not establish that members of the Trump campaign conspired or coordinated with the Russian government in its election interference activities”, said Barr.

If Mueller’s investigation did find evidence of collusion, the act would amount to a federal crime.

Trump welcomed Mueller’s report clearing him of Russian collusion. However, Trump is still open to prosecution for financial crimes upon leaving office.

Who is a Special Counsel?

Barr explains that Mueller, as a Special Counsel, was tasked to investigate Russian interference into the US 2016 presidential election.

“… a primary consideration for the Special Counsel’s investigation was whether any American—including individuals associated with the Trump campaign—joined the Russian conspiracies to influence the election”, said Barr.

The US Constitution used to allow fully independent lawyers to look into such high-level crimes.

Special Counsel Kenneth Starr, who submitted a report on Bill Clinton’s affair with Monica Lewinsky, was an independent counsel with different legal powers than Mueller has today. His report has even been published as a book.

In 1999, the law was amended to switch from independent counsels to special counsels, who are supervised by the Justice Department, but are considered somewhat independent from the government. Today, reports by Special Counsels are submitted to the current attorney general and remain confidential.

What is the Mueller report about?

Mueller was looking into two major instances of Russian interference: one by a Russian organisation called the Internet Research Agency (IRA) to spread unverified content on social media, and the other by the Russian government to hack computers for information.

He was also investigating actions amounting to ‘Obstruction of Justice’, meaning impeding or blocking an official judicial proceedings with selfish or inappropriate motives.

Overall, Mueller was looking for links between the Trump administration and campaign with Russian agents.

He was investigating Hillary Clinton and the Democratic Party’s massive email leak and Trump associates’ business ties to Russia.

What did Mueller find?

In his report, Mueller says no individual associated with the Trump campaign knowingly worked with the IRA. He did, however, charge Russian nationals and entities who did.

Mueller also said that Russian government agents did successfully hack computers in the US and obtained emails associated with Clinton’s campaign and the Democratic party.

The Special Counsel has charged Russian military officers for the hacking conspiracy, but no Americans who worked on Trump’s campaign.

In his capacity as president, Trump fired FBI Director James Comey for his handling of an investigation into Clinton for her use of a private email server for government-related conversations.

At the time, Trump firing Comey seemed suspicious because he was overseeing an investigation into Russian interference.

Mueller also investigated acts such as these that look like an “obstruction of justice” by Trump. However, he reserved his judgement.

“The Special Counsel therefore did not draw a conclusion—one way or the other—as to whether the examined conduct constituted obstruction.”

This means that while Mueller does not explicitly say that the Trump administration obstructed justice, it does not absolve it either.

By reserving his judgement, Mueller gave US Attorney General Barr the power to decide whether or not to prosecute the individuals concerned, for obstruction. Barr has stated that he will not be pursuing legal action.

“Deputy Attorney General Rod Rosenstein and I have concluded that the evidence developed during the Special Counsel’s investigation is not sufficient to establish that the President committed an obstruction-of-justice offence”, said Barr in his letter.

He added that he decision was not based on the “constitutional consideration that surround the indictment and criminal prosecution of a sitting president”.

In 1973, the Justice Department decided that a sitting president cannot be criminally prosecuted because the action will undermine the authority of the office. Hence, Barr is saying that although such a tradition exists, it did not factor into his consideration.

Barr is essentially saying that even if this judicial tradition did not exist, he would choose not to prosecute.

However, Barr notes a caveat. He says that the decision not to prosecute for obstruction of justice reflects the absence of strong evidence, not Trump’s absolute innocence.

Mueller found that Roger Stone, one of Trump’s confidants, cooperated with Wikileaks, a whistleblower website that published the hacked Clinton and Democratic emails.

Mueller also said that Stone lied to the House Intelligence Committee, which is conducting another investigation into Russian interference.

Although Mueller did not accuse Stone of being involved in the email hack, he did say that Stone made contact with Wikileaks in 2016 while the site was in the process of releasing the emails.

Stone has been indicted for his coordination with Wikileaks and other criminal activity related to his conduct during the campaign.

Stone is currently involved in proceedings and has pled not-guilty to charges of obstruction of justice, witness tampering, and lying to US officials.

Most closely related to the scope of Mueller’s investigation was Cohen’s statement on the Trump Tower project in Moscow.

Cohen admitted that he and Trump negotiated the Moscow development project months into the campaign, but lied about it to Congress.

He also claims that Trump was aware of Roger Stone’s contact with Wikileaks.

Cohen is facing three years in jail for tax fraud, lying to Congress, and other campaign finance violations.

Mueller found that Manafort had evaded taxes on $30 million, which he had laundered from offshore accounts between 2008 and 2014. He also discovered that Manafort defrauded several banks to acquire loans worth $20 million.

This money was lavishly spent on landscaping, high-end cars like Range Rovers, and property.

The Special Counsel also found that Manafort shared polling data with Konstantin Kilimnik, a man associated with Russian intelligence. Kilimnik allegedly led the Russian interference in the 2016 US elections.

Manafort has been sentenced to seven and a half years of imprisonment for, among other things, witness tampering and tax & bank fraud.

The Mueller investigation was conducted on a huge scale, employing 19 lawyers, 40 Federal Bureau of Investigation (FBI) agents and analysts, and 500 witnesses. This effort to hold politicians accountable for their actions is fast taking root in India, as well.

Last week, the Opposition called for a similar corruption-related investigation by the Lokpal, an independent corruption watchdog organisation, into the allegations of bribery found in BS Yeddyurappa’s diary.

Now that the Indian election season is underway, the model code of conduct (MCC) issued by the Election Commission of India seeks to hold politicians accountable for their actions before and during the polls.

The MCC also criminalises several offences like bribing and voter intimidation. It even keeps a check on parties and candidates using social media to unfairly influence the public.

Even beyond politics, Vijay Mallya and Nirav Modi, economic fugitives at the centre of banking scams worth thousands of crores, are awaiting extradition after the Enforcement Directorate began proceedings.

In the months to come, transparency is likely to be sought in the US as well as in India, as the curtains fall on such high-level crimes going against the public interest.