Move over, Cloud! Fog Computing is the new force behind the Internet of Things

Fog computing is different from cloud computing in the sense that it operates from network ends rather than working from a centralised cloud. Fog computing, also known as fogging, is made use of in various applications including smart city and smart grids. 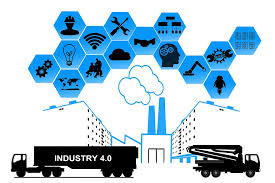 Traffic problems are a major contributor in the increase of death tolls in our country. Most of us have seen ambulances stuck in traffic, unable to reach hospitals in the nick of time. The advent of smart technology has provided us with sophisticated ways to circumvent this issue by including sensors in traffic lights which, say, can detect the sirens on ambulances and open lanes while simultaneously providing warning to the other nearby vehicles. Similarly, self-driving cars such as Tesla function by interacting with other devices over the internet. For such real-time situations, processing of data locally would be more efficient than sending it to a cloud. This is where fog computing comes into picture. A separate fog node controls a limited number of sensors and enables storage and computation of data of those sensors, saving time and bandwidth usage.

Fog computing is different from cloud computing in the sense that it operates from network ends rather than working from a centralised cloud. Fog computing, also known as fogging, is made use of in various applications including smart city and smart grids.

What is fog computing?

Fog networking involves a decentralised computing infrastructure where data, storage and applications are distributed efficiently between the data source and the cloud. Fog typically extends the cloud to be closer to things which act upon IOT data with the help of devices called fog nodes, which can be deployed in any place with network connection, thus resonating with the metaphor fog, meaning close to the ground. The main goal of fog computing is to reduce the amount of data which are presently sent to the cloud for processing and storage. Since fogging is just an extension of cloud computing to the edge of the network, it brings the advantages of the cloud closer to where data is being manipulated.

Sensors and devices are generally in areas where data is generated and they don’t usually have the necessary computing resources to perform advanced machine learning tasks. On the other hand, clouds have the power to perform these complex analytics, but are often situated too far away to process the data and respond as per the needs of modern applications despite its power of computation and storage. In addition, security and privacy issues are also to be taken into account. The fog environment provides an ideal way to circumvent these issues.

The fog has enough computing, storing and networking resources at the edge thus mimicking the cloud, while also supporting the local ingestion of data. The data processing in a fog environment is done in data hubs on smart devices or gateways, eventually reducing the amount of data to be sent to the cloud and enabling short term analytics at the edge. Thus, after the decision-taking tasks are performed by the IOT devices, fog computing helps push relevant data to the cloud.

Fog computing uses less bandwidth, preventing bottlenecks and other similar issues, giving more network capacity. Also, since data analysis is done locally, at the edges, it represents the real-time concept perfectly. With cloud computing, data security has always been an issue. But with fog computing, this is out of the question as the data doesn’t travel anywhere and is stored on the device themselves, making data storage simpler. While this is an optimal solution for privacy and security concerns, it is also deemed risky by certain companies, as the devices are generally located outside the company office.

Even milliseconds matter while trying to restore electrical service or in emergency care in hospitals. Fog computing ensures prevention of disaster by analysing data closer to the device that actually collected the data.

For example, a patient’s data can be extremely sensitive. By making use of fog computing, patients can directly manipulate their data or contact their physician in their own private fog node.

Is the fog eliminating the cloud?

While providing self-driving technologies and smart infrastructure to semi-autonomous cars would be better performed by fog computing rather than cloud computing since mission critical decisions which would help avoid accidents on the highway are best handled at the edge, using cloud computing would be best suited for services involving in-car entertainment and maintenance logs.

To facilitate both, Cisco and Microsoft have integrated fog and cloud computing, thus making use of the advantages of both. While cloud resources are best suited for heavier tasks such as analysis of huge historical data, fog computing shoulders the short-term analytics at the edges. Thus, fog computing can be best described as complementing the cloud rather than replacing it as it facilitates the advancements of IOT, as is evident from the fact that many new industries are adopting the combination of cloud and fog computing.

Based on the current trends, fog computing could be the next big thing in the world. By keeping data away from vulnerable public networks, fog computing provides no concern for cyberattacks. In addition, it also paves way for more inter-device interactions. While fog computing seems to be the ideal solution for everyone ranging from technology to advertising, its future depends on how organisations make use of it.

Akshaiyaa VS is a writing intern at Qrius