Nobody deserves to celebrate Valentine’s Day more than the middle-class, middle-aged, muddle-headed woman. 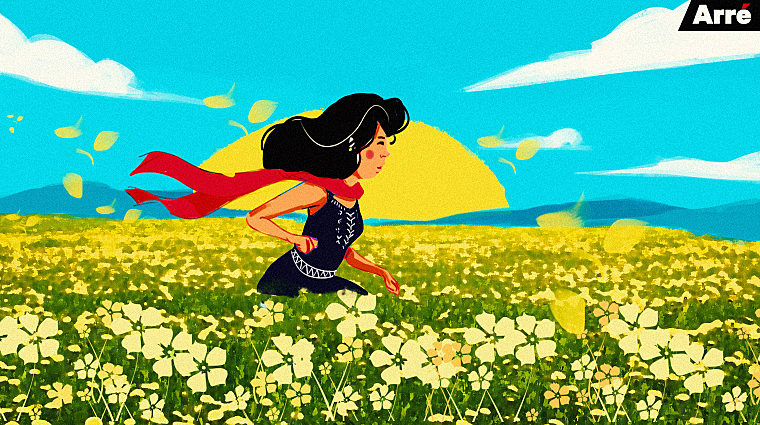 Nobody deserves to celebrate Valentine’s Day more than the middle-class, middle-aged, muddle-headed woman. She got her everlasting love and parental approval, but sadly, all her ideas of romance are rooted in Bollywood from the ’90s.

It’s the month for love. Haters gonna hate; everyone can yell “Pyaar ek dhoka hai” all they want but that makes not a jot of difference to the love industry. Hotels, restaurants, greeting-card designers, TV shows, and even your local sabjiwallah have all been working overtime trying to sell romance to the young. And therein lies the rub.

Why does anyone have to sell romance to souped-up hormones with legs? It’s almost like selling sand to an Arab, like carrying coals to Newcastle. Why do the young need more romance? You know who needs targeted marketing in the romance department? The middle-class, middle-aged woman, formerly known as the Gen X-er.

The Gen X woman was smart and financially independent. You know her. She’s the cool, soccer mom in your apartment building, the one who reeks of slightly wasted potential. Back in her heyday, the Gen X woman was peaking professionally and personally. She wouldn’t let anything stand in her way… until, that is, she fell in love.

These aren’t the lyrics to some Ed Sheeran song. These are just some of the taglines of super romantic Bollywood movies from the ’90s that the Gen X woman consumed with much enthusiasm. Hindi cinema from that era had some pretty strange notions of romance, and sadly, the Gen X woman internalised them all without questioning, because she didn’t know any better and there was no one to guide her.

Back then, couples didn’t break up because they were incompatible or because one’s social media followers didn’t make the cut; they broke up because of parental disapproval.

These movies made festivals, especially Karva Chauth, unnecessarily romantic. Fasting became the new aphrodisiac. When the heroine fell in love, she developed a strange superpower. She could starve all day, cook up a feast worthy of a MasterChef winner, all the while lugging around enough jewellery to give Bappi Lahiri an inferiority complex. Watching the heroines in these glittering, Karva Chauth-themed songs gave the Gen X woman major #StarvationGoals. The rumbling stomach became a symbol of love even though by the end of the day, a piece of cheese looked more desirable than her husband.

The duty-loving ’90s heroine loved running. The moment she fell in love, she didn’t go on a date or snuggle up to her love and make out. She just ran out of the house and into the outskirts of the city so that she could find a field full of flowers to stomp or roll around in. If there was snow, that was even better. This is why the Gen X woman liked meeting her lover in parks. And this is the reason there is a concentrated campaign by Bajrang Dal/Sri Ram Sene types to hunt for young lovers in any place with more than three trees.

Movies from the ’90s placed great importance on food. The moment the heroine fell in love, she chucked her important job as a doctor, businesswoman, architect, etc and promptly began making gajar ka halwa and sarson ka saag. That was not all. She also learnt to pour a glass of milk and hand it to any unsuspecting person standing around her because these were important skills that won over the hero. We might as well have had films with taglines like, “It’s all about loving your round rotis.”

Following the era’s fashion, the Gen X woman also learnt to cook the moment she fell in love. Romantic dates consisted of testing the woman’s culinary skills in front of the man and his parents.

The Bollywood heroine didn’t seduce her partner with sexy lingerie. In fact, the moment she fell in love, she immediately stopped wearing skirts and jeans and everything that had attracted the guy in the first place. She went on a shopping spree and bought gossamer saris that were good to be worn only atop a snowy Swiss mountain.

How did that all work out for her, you ask? Well, let’s just say she learnt the meaning of the Shakespearean phrase, “We are such stuff as dreams are made on”.

Romance for the Gen X woman was all a part of fantasy, not a part of real life. She could have scorching romance and giddy sex… in her dreams. Most of the time, she wasn’t really having a ball with her beau, she was just wistfully fantasising about it and trying hard to get parental approval.

It’s obvious then, that nobody deserves to celebrate Valentine’s Day more than the average, middle-class, middle-aged, muddle-headed woman. She got all the ever-lasting love and parental approval that she needed and realised that it can all get a bit boring sometimes. What she now needs is to be re-programmed to have fun and discover the real feeling of being romanced.

The young don’t need this day; they have all the other days and everything else. This year, let’s dedicate Valentine’s Day to that strange creature with her strange ways: the middle-aged woman.

If not for love, at least for pity.