Men and women in Hindu mythology

When we refer to nature as Mother Nature, does it have to be taken literally (nature is feminine), or is it a metaphor (acknowledging nature, like a woman’s body, brings forth life as well as food to sustain that life)? 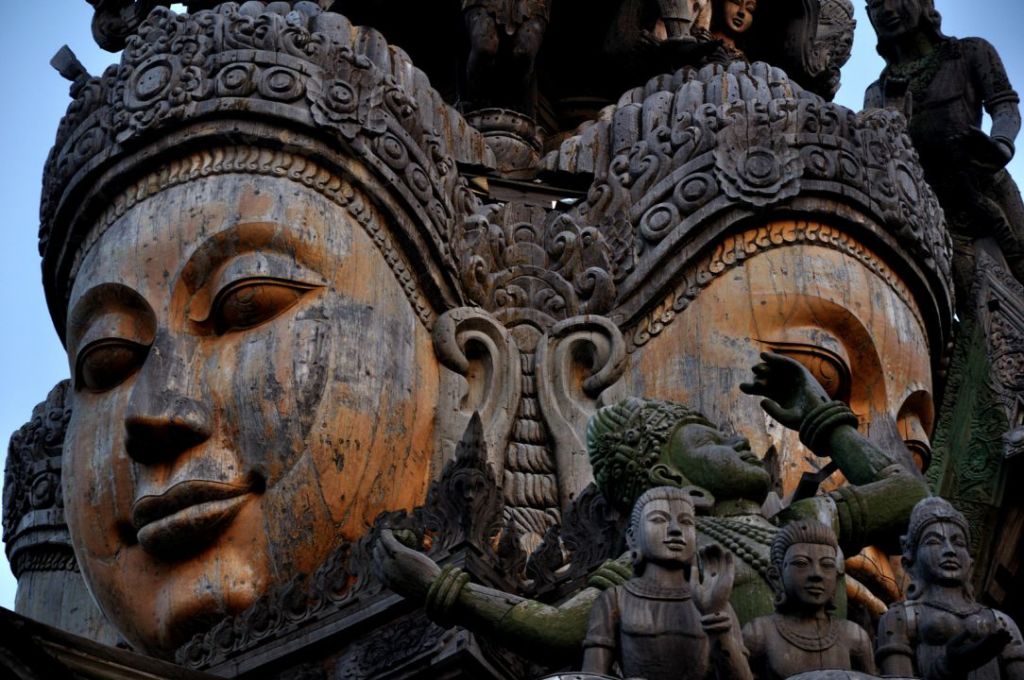 When we refer to nature as Mother Nature, does it have to be taken literally (nature is feminine), or is it a metaphor (acknowledging nature, like a woman’s body, brings forth life as well as food to sustain that life)? What then is the male counterpart of nature? It is important to ask this question in our use of gender as metaphor when we are studying mythology.

For increasingly in academic circles, under influence of feminist and gender studies, there is a tendency to caricature genders, with the male often reduced to the oppressive villainous patriarch and the female reduced to being the oppressed victim of patriarchy. Any alternate lens is struck down as being in denial of, or an apology for, patriarchy. Indeed, all traditional discourse is being seen as a vast conspiracy theory (hermeneutics of suspicion) designed to establish patriarchy and keep women in their place.

Reading mythology with this lens may have its use, but it strips culture of all meaning other than gender oppression. And that is problematic.
Mind and matter

Seen as metaphor, the male in Hindu mythology typically embodies mind and the female embodies matter. So, nature is feminine, and the Goddess embodies nature. The mind or the consciousness that responds to nature is embodied through male deities. So, the Puranas—ancient myth chronicles of the Hindus—tell us that the creator of the world is Brahma, the preserver of the world is Vishnu and the destroyer of the world is Shiva. All three are male deities and all three of them respond to nature/Goddess in different ways.

In Brahma’s story, he tries to control the Goddess—he chases her against her will, he declares himself to be the creator of culture.

Man creates culture, for his pleasure. Metaphorically, this translates to: Brahma desires his own daughter. An incest narrative, that becomes meaningful in metaphor, and obscene taken literally. This is the reason given for Brahma, though creator, for not being worshipped, unlike the veneration of Jehovah, the creator, in Abrahamic mythologies.

On the other hand, Shiva’s relationship with nature/culture/Goddess is very different. He wants to withdraw from the world entirely. So he sits on top of a mountain as a hermit, shuts his eyes and withdraws from everything, from Kali as well as Gauri. In response, the Goddess approaches him and gently nudges him to be a householder, and engage with the world. She does not want him to shut his eyes like a hermit.

This is the transformation of Shiva, from hermit to householder, who sits with his wife and his children on the banks of the river Ganga, in the city of Kashi.

Brahma is creating the world by domesticating it, he is declared unworthy of worship because he claims power over the Goddess. Shiva, on the other hand who wants to withdraw from the Goddess is welcomed within, willingly and voluntarily by the Goddess who enchants him and transforms him from hermit to householder and makes him worthy of worship. Here she claims power over him. Shiva tries to destroy the world by withdrawing from it but becomes the protector of the world through the intervention of the Goddess.

Between the creator Brahma and the destroyer Shiva, is Vishnu. Vishnu is a feminine God, known for his feminine attributes.

He is fond of dressing up, he is flirtatious, mischievous, manipulative, enchanting, romantic, qualities missing in both Brahma and Shiva, who are excessively masculine—Brahma in a materialistic way, Shiva in a transcendental way. Vishnu balances the two.

He is trying to maintain society and the balance of society between mind and matter, between spirit and substance, between Brahma’s attempt to control nature and Shiva’s attempt to withdraw and reject nature. He is the middle path and he demonstrates this by manifesting in various forms such as the king Ram, whose story is told in the Ramayana, or the cowherd Krishna, whose story is told in the Bhagavata Purana and the Mahabharata.

Therefore, the stories of Hindu epics have to be seen carefully—it is not just about man and woman, it is about mind and nature, subject and object. How does an unenlightened mind deal with life as against an enlightened mind?

It is when we understand this large context of Hindu mythology, we understand how the male form was seen. It is the male form in Hindu temples, not of gender studies. The clue to this metaphorical reading is offered by giving the Gods, whether its Brahma, Vishnu or Shiva, four hands that makes them supernatural and therefore, we are told that they must be seen not as ordinary human beings but, as visual representations of the mind. The mind breaks the rules of nature (hence multiple hands and heads). It is the mind, when insecure, which behaves as an aggressive male trying to control the world around.

The world around us is feminine, while the mind within us is masculine, this is the concept of Ardhanarishvara or half woman God embodied in each and every living creature. Our flesh is feminine, our mind is masculine. The world around us is feminine, the world within us is masculine. And there is a continuous engagement between the two. Worship of female deities is not worship of the female—rather the acknowledgment of metaphysical concepts presented using female metaphor. Thus wealth, power and knowledge, which has no gender, is granted gender to transform them into narrative tools.

They become the Goddesses: Lakshmi, Durga and Saraswati. We learn how the goddesses, hence nature and all products of nature, belong to no one, yet the human seeks control over it as Brahma, while Shiva rejects it all, and Vishnu enjoys it all without seeking control over it.

Stories of Parashuram, Ram and Krishna then are not about men, but about how an enlightened mind will function in a society that is created by unenlightened men (Brahma and his children). Only with an appreciation of the larger Hindu metaphysics, and how gender is used as metaphor, will we then be able to appreciate the ideas that Hindu mythology seeks to communicate.

This article has been previously published in Esplanade. It has been republished with permission from Devdutt.

Devdutt Pattanaik in an Indian writer who writes on the relevance of mythology (cultural truths) in modern times.