It not only addresses the toxic loan issue but hopes to catalyse the demand for fresh loans. 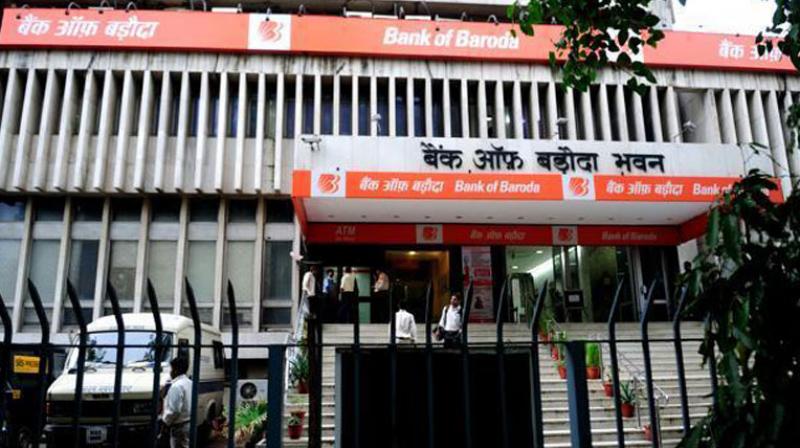 Bank of Baroda and three other banks to merge as per speculations. Credit: Twitter/@ANI

Following in the footsteps of the State Bank of India, the government is reportedly mulling over another merger to combine assets worth Rs. 16.58 trillion, by bringing Bank of Baroda, IDBI Bank Ltd., Oriental Bank of Commerce and Central Bank of India together.

The resulting entity may become the country’s second-largest bank, if and when the plan follows through, according to sources close to the development.

After the four banks reported a combined loss of Rs 21,646.38 crore in March this year, the government has been weighing the possible ways to curb further losses, by allowing the weaker banks to sell their assets off, reduce overheads and close loss-making branches. The government further hopes to put a stop to the rise in bad loans through the merger. Countering the ratio of bad loans to the share of total loans is of paramount importance right now, for the government and the financial sector.

According to anonymous sources, the finance ministry has also considered a simultaneous sale of 51% of IDBI’s stakes, to a strategic partner for Rs. 9,000-10,000 crore. In his 2016 budget speech, finance minister Arun Jaitley mentioned the government’s plans to reduce its stake in IDBI Bank to less than 50%. According to Economic Times, the bank is also in the process of selling outstanding loans, as a consequence of slow resolutions under Insolvency and Bankruptcy Code.

In March last year, PTI reported the government as wanting to create 4-5 global sized lenders. After SBI, the country’s largest public sector lender, merged with five of the government’s associate banks and the Bharatiya Mahila Bank in 2017, the cohesive body went to become one of the world’s fifty leading banking organisations.

Keeping that in mind, the proposed merger which is poised to be the second largest of its kind will be able to revive the public banking sector which has incurred severe losses in the recently concluded financial year. It not only addresses the toxic loan issue but hopes to catalyse the demand for fresh loans.

However, none of the participants of the anticipated merger have issued an official statement in reply to this speculation. Government officials have declined to comment as well, citing the matter as highly market sensitive.