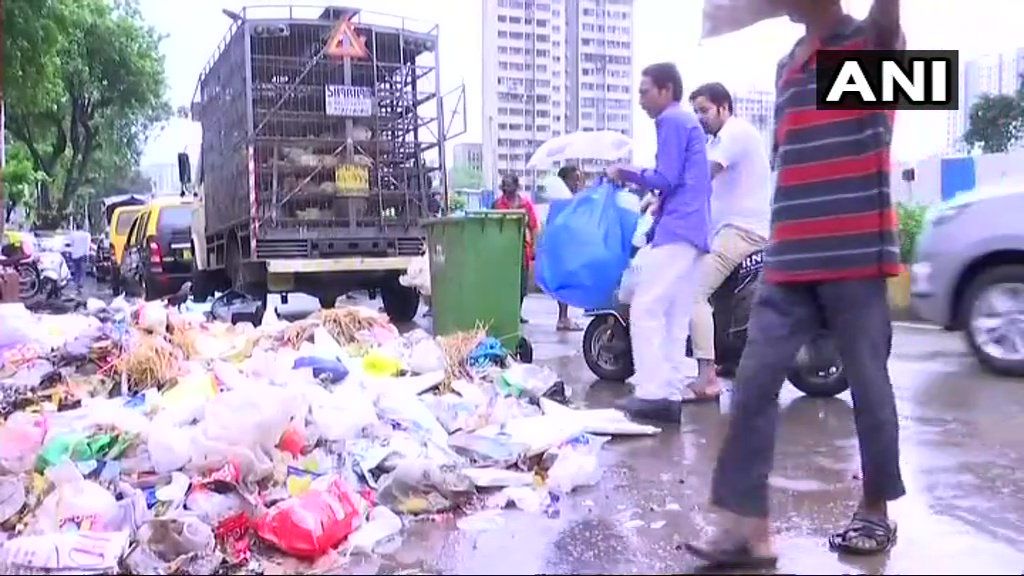 To crack down harder on plastic use and effectively implement the ban among indifferent users, Maharashtra government in a bold move has announced a fine of up to Rs.25, 000 for flouting the rule. A state-wide ban of plastic items came into official effect starting June 23, prohibiting the manufacture, sale, storage, distribution, purchase and use of plastic material hereafter.

Chief Minister Devendra Fadnavis urges citizens to adopt an environment-friendly approach, and warns violators of dire penalties. Consumers may even be sentenced to three months of imprisonment, while manufacturers stand to lose their licenses.

The entire state gears up to say a decisive no to plastic following the government’s ban, which was first imposed on March 23 earlier this year. After advising traders and consumer to dispose of their inventories within three months, the Bombay Municipal Committee (BMC) will now implement the ban with punitive measures in place. Over the weekend, 249 members of the BMC have gone door to door, campaigning for and educating citizens about the ban, preparing the grounds to start penalising violators from Monday.

Maharashtra plastic ban from today: Here's everything you need to know https://t.co/jVbaNHj3rY pic.twitter.com/QVHDOzdkBF

Milk bags and bottles, according to the BMC, ought to be recycled after collecting them back after one use, unless customers agree to pay a nominal fee to shopkeepers for third-party recycling.

The ban comes into force just weeks after India hosted World Environment Day this year, swearing an oath to tackle plastic pollution with comprehensive measures. The central government has on several occasions and through numerous programmers, raised awareness about the massive health and environmental hazards that nonbiodegradable polymers in plastic pose to the biosphere. Studies have reflected the severe damage done to aquatic ecosystems as the world grapples with problems of plastic waste disposal.

It is good that plastic is getting banned in the state. Maharashtra has become the 18th state to ban plastic. Plastic is a problem for everyone. This decision has been taken for the betterment of the state: Ramdas Kadam, Maharashtra Environment Minister pic.twitter.com/GX4UsrbYZ2

Imposing penalties to fight pollution, by administrative bodies, has been known to yield positive results before. However, laws to completely ban plastic have failed in India in the past. While many welcome the step, there are others who are skeptical about the agencies in charge, fearing it will lead to rampant bribery.

A shopkeeper,Sudesh,says, 'plastic ban is a great initiative but we thought only carry bags will be banned. Later came to know that plastics used for packaging/displays will be banned too. We aren't selling spoons&plates of plastics but such strict ban will be threat to business' pic.twitter.com/wBpCXRvv1I

Garbage collectors across the state are already aware of the role they play in the war against plastic, and have begun instructing households to generate as little nonbiodegradable waste as possible. But this would require a collective and conscious effort on everyone’s part to abstain from plastic usage and abide by the ban with due diligence. Never before has it been a matter of this great importance and urgency.