Macron and Trump clash over NATO

Rather than join an ongoing debate about the status and identity of Europe in an increasingly complex multipolar world, Trump did what Trump always does: blurted out his personal emotions on Twitter 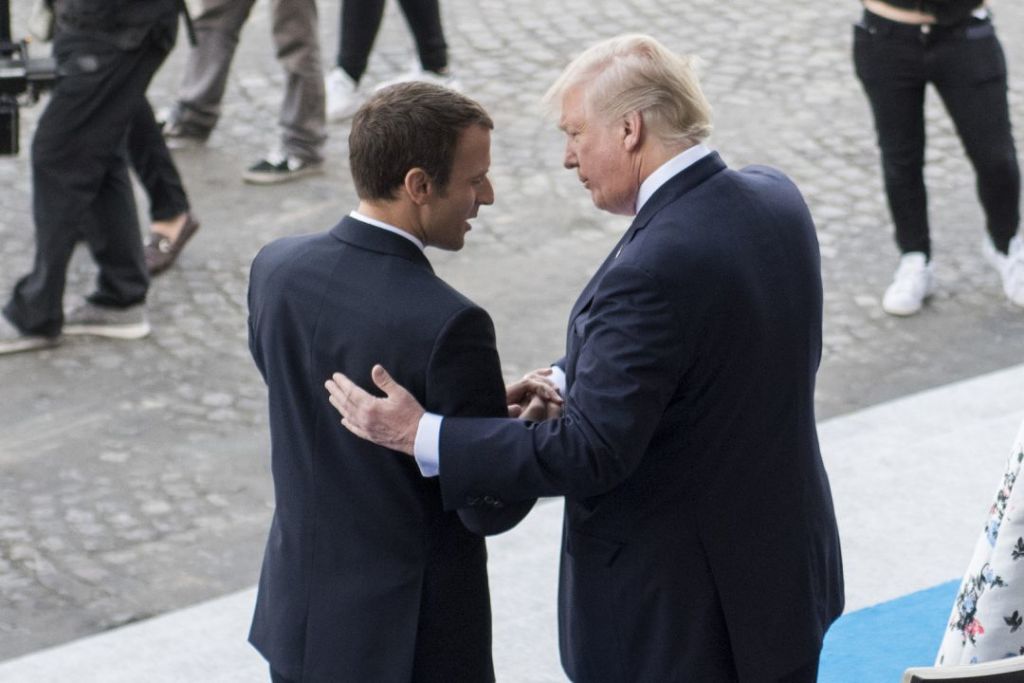 Photo credit: Chairman of the Joint Chiefs of Staff on Visualhunt.com / CC BY

French President Emmanuel Macron made a classic mistake and has had to pay for it. He invited US President Donald Trump to France for the centennial of the 1918 Armistice that ended World War I and dared to use the occasion, before Trump’s arrival, to express a political vision for France and Europe that doesn’t coincide with Trump’s own vision.

Macron had the temerity to suggest that Europe should imitate the British colonies of 1776 that declared their military independence from England. Without going as far as Charles de Gaulle, who actually did withdraw France from the Integrated Military Command of NATO in 1966, Macron stated, with a considerable degree of realism, that Europe needs to protect itself from the US, China and Russia.

Rather than join an ongoing debate about the status and identity of Europe in an increasingly complex multipolar world, Trump did what Trump always does: blurted out his personal emotions on Twitter, revealing that, like King George III with the American colonists, he considers Europe to be a vassal state that lives under the American umbrella.

Knowing he would have the occasion to discuss this calmly and discreetly over dinner with his “good friend,” Macron, any “normal” US president would have reserved expressing his reaction for the tête-à-tête between the two leaders. Instead, Trump applied his patented approach to the art of the diplomatic deal by tweeting: “Very insulting, but perhaps Europe should first pay its fair share of NATO, which the U.S. subsidizes greatly.”

Expressing policies that do not coincide with the fanciful thinking of a certain political leader (Donald J. Trump) who believes his policies, generally implemented by executive order, have legal force over the entire world

As the political leader of the nation that created and perfected modern consumer culture, Trump is the first public figure to understand how to appeal to his public. He knows that before any other consideration — moral, ethical, social or pragmatic — Americans respond emotionally to two stimuli: the relative cost of something and, in a society that worships cutthroat competition, their perennial fear of being cheated by someone cleverer than themselves.

We may thus notice Trump’s predilection for cutting short every debate by assigning a monetary price to whatever is being discussed and using that price to claim victimhood. This is why he is so fond of claiming they’re “taking advantage” of us.

Trump famously dismissed all moral arguments concerning the Jamal Khashoggi affair by insisting that the only issue worth considering was the Saudis’ $110 billion purchase order for American weaponry. Neither the premeditated grisly murder of a journalist, nor the associated crimes against humanity of a Saudi government could dampen his intention to make that sale. For the businessman Trump claims to be, the customer is always right. In contrast, Trump and his adviser, John Bolton, appear ready to envisage spending trillions on an eventual attempt to topple the leadership of Iran, guilty of similar but not quite so egregious behavior.

Trump insists that Europe should pay what he deems to be its “fair share” of the cost of NATO, an organization whose historic mission should have theoretically disappeared with the collapse of the Soviet Union. The fact that it didn’t may be attributed to inertia and a certain attitude of convenience on the part of Europeans. But all US administrations before Trump saw NATO as the means by which the US could continue to impose its own foreign policy on Europe, and especially on the messy post-Soviet situation in Eastern Europe and the Middle East.

President Macron of France has just suggested that Europe build its own military in order to protect itself from the U.S., China and Russia. Very insulting, but perhaps Europe should first pay its fair share of NATO, which the U.S. subsidizes greatly!

It would not be unreasonable to think that both the first Gulf War, in response to Iraq’s attempted annexation of Kuwait, and the series of Yugoslavian Wars during Bill Clinton’s presidency served the purpose of maintaining NATO as the tool that would perpetuate US control of the Atlantic and global economy.

Many consider the Joint Comprehensive Plan of Action (JCPOA) — the Iran nuclear deal — to be Barack Obama’s finest achievement, mitigating the perception of him as a 2008 peace candidate transformed by his successful election into an avid war president, betraying his own moral principles and the expectations of part of his electorate. The JCPOA was a kind of armistice not to end, but to prevent the war with Iran many were predicting and some actively promoting.

Once elected, Trump gave as his reason for unilaterally “breaking the peace” — an understanding signed onto by the globe’s major economic powers — the disingenuous claim that the US had been victimized by an “unfair” deal that cost “$150 billion.” Once again, for Trump, it’s about money more than it is about abstractions such as morality or national sovereignty.

The situation with Iran is playing out at this very moment, through the drama of sanctions, and has an indirect relationship with the question of European military independence. Europe is committed to a peaceful relationship with Iran based on maintaining the JCPOA, whereas Trump has unilaterally re-imposed sanctions on Iran and secondary sanctions on the entire globe.

This example alone illustrates one of the reasons behind Macron’s appeal for the creation of a European army. Europe has in the past accepted to act as the vassal of the US, but Trump’s presidency has created a level of discomfort that may just push European into declaring its military independence.