US Secretary of Defense James Mattis Saturday accused China of “intimidation and coercion” in the South China Sea. 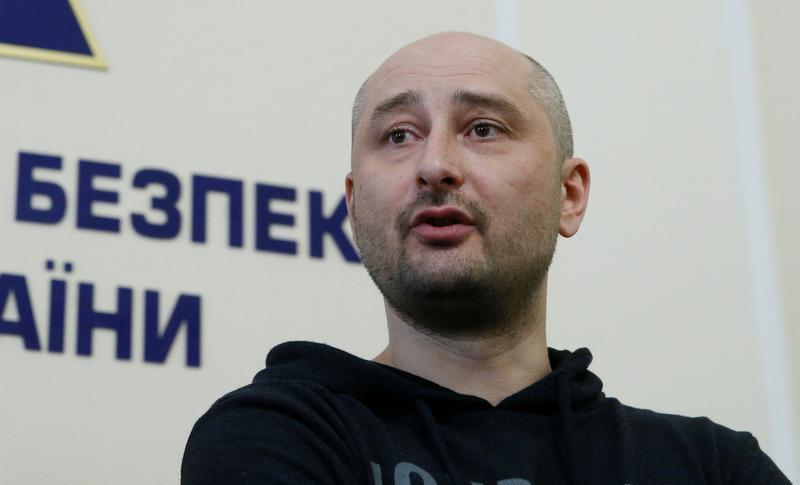 Russian journalist Arkady Babchenko staged his death to counter a contract taken out on his life. Credit: Twitter/ @Reuters

Russian journalist and a strong critic of the Kremlin faked his own death to counter a potential threat to his life. Human rights campaigners criticised Denmark for passing a law that bans the burqa and the niqab in public places. Denmark has now joined France, Belgium, and Austria in banning the garment that covers the face. There are the important developments from around the world this week.

United States Secretary of Defense James Mattis Saturday accused China of “intimidation and coercion” in the South China Sea. Mattis strongly criticized China for continuing militarization of several islands in the South China Sea. The US Defense Secretary called the presence of military equipment a “flagrant show of military power.” Mattis was speaking in Singapore and questioned Beijing’s broader goals. A Chinese military official, however, said that Mattis’ comments were “irresponsible.” Mattis’ accusations come under the backdrop of an intense trade standoff between Washington and Beijing.

Spain gets a new Prime Minister

After the tumultuous Barcelona referendum, the political scenario in Spain has made headlines again. Spanish Socialist Pedro Sanchez was sworn in as the country’s new prime minister on Saturday. Sanchez, an atheist, took his oath sans a bible or a crucifix – the first prime minister to do so in Spain. Sanchez managed to overthrow his predecessor Mariano Rajoy who was ousted courtesy of a no-confidence vote. Rajoy also saw mounting allegations of corruption within his party. Sanchez, a 46-year-old former economics professor, has promised that he will address the “pressing social needs” of Spain’s citizens.

Denmark joined France, Belgium, and Austria in banning garments that cover the face including the burqa and niqab. The law was presented by the Centre-right coalition and was approved by Danish lawmakers. The Danish government, however, said that the ban does not target any religions and that no ban is imposed on headscarves, turbans, and the Jewish skull cap. The law will come into effect on August 1. First-time offenders will be fined 1,000 kroner. The move has been condemned by human rights campaigners; it has been widely termed as the “Burqa ban” that targets Muslim women who chose to cover themselves from head to toe.

Russian journalist Arkady Babchenko used pig’s blood, a make-up artist, and an ambulance trip to the morgue to fake his own death. Babchenko was reported dead on Wednesday, and several people including British politician Boris Johnson offered their condolences. However, Vasily Gritsak, the head of Ukraine’s Security Service (SBU), called a press conference and said that the entire fiasco was a hoax. Babchenko then stepped in wearing a hoodie. The Russian journalist had learned that a contract had been taken out on his life, and hence he felt the need to stage his own death. Babchenko claimed that faking his death was necessary to gain evidence of communication between the hit man and the perpetrators whom, he claimed, worked for the Russian security services.