During a recent geology and archaeology tour, the 66-year-old gathered 12 stones and fragments of shattered crockery from a famous site in Iraq, in a breach of Iraqi law 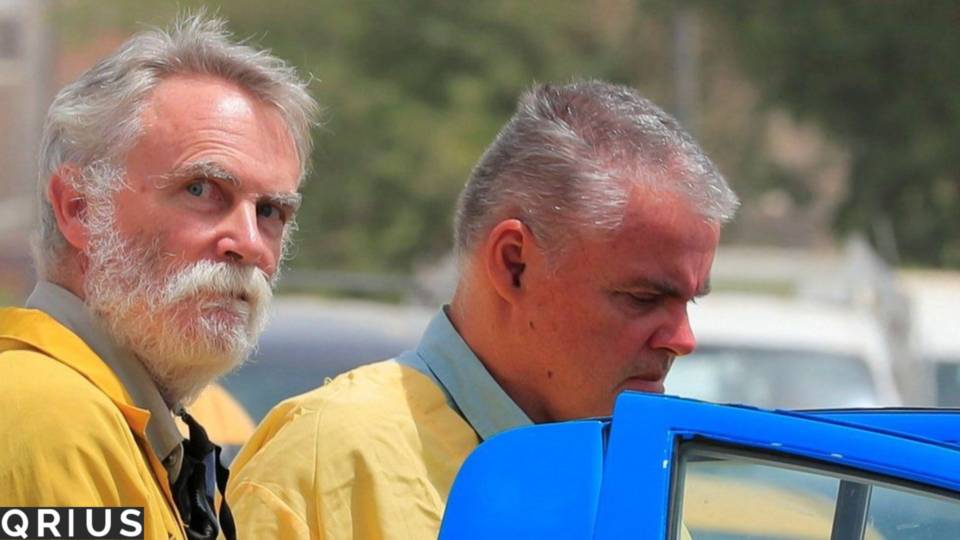 Leila Fitton and Jim Fitton’s son-in-law Sam talked to the BBC about his situation.

‘I simply want him home,’ said the daughter of a British scientist imprisoned in Iraq. Adding that ‘he is not a criminal,’ after being sentenced to 15 years in jail for attempting to smuggle antiques out of the nation, Jim Fitton’s family expressed concern about how he will be treated in prison.

Mr. Fitton, a Bath resident, said he had no knowledge he was breaching Iraqi law.

‘He is an elderly white British man, there is a lot of bad sentiment towards the west,’ his son-in-law, Sam Tasker, remarked.

It was claimed by him that the family was given a list of phone numbers for attorneys as well as interpreters, which they had to call themselves, while someone came to check on Mr. Fitton every two weeks to make sure he was being fed and hydrated.

During a recent geology and archaeology tour, the 66-year-old gathered 12 stones and fragments of shattered crockery. Mr. Fitton picked up the stone fragments from Eridu, a historically famous archaeological site in southern Iraq.

Why is Jim Fitton in Jail?

They were charged with ‘intentionally taking or trying to transfer an antique from Iraq’ under a 2002 law that carries a potential sentence of death.

According to the judge, the court reduced the punishment ‘because of the accused’s senior age.’

Mr. Fitton will be transported to a general population jail following his conviction.

Mr. Tasker chastised the UK government for the Foreign Office’s level of assistance. He went on to say that they are ‘desperately pleading’ with the government to publicly condemn the sentence and support an appeal they will file.

The Foreign Office has already stated that it cannot intervene in another country’s legal process. It has offered consular assistance to Mr. Fitton and his family. Mr. Fitton gathered the stone shards from Eridu, a historically significant archaeological site in southern Iraq.

Mr. Fitton has visited many nations and historical locations across South America, Southeast Asia, and the Middle East regularly.

Leila Fitton, Fitton’s daughter, said: ‘We simply want my father to come home. He is completely unworthy. He is not a criminal or a thief.’