The announcement of a Space Force is part of Trump’s increased interest in the space domain, having in 2017 revived the National Space Council, under the leadership of Mike Pence. 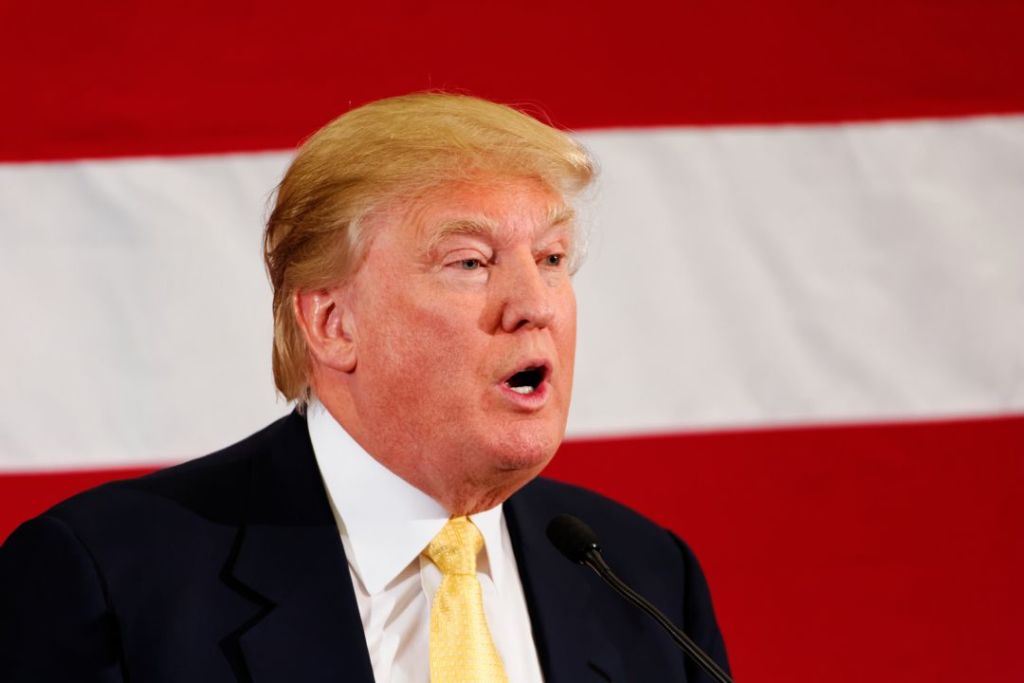 Overnight US President Donald Trump announced the establishment of a “Space Force” as a separate force of the US military.

Trump has indicated the reasoning behind the Space Force stems from national security concerns arising from the potential for renewed activities in space by China and Russia. Trump had previously referred to space as the “new warfighting domain.”

It’s not yet clear where this move sits in light of prohibitions laid out in the Outer Space Treaty, the document that has guided the the exploration and use of outer space by members of the United Nations since 1967.

In his recent announcement, Trump said:

When it comes to defending America, it is not enough to merely have an American presence in space. We must have American dominance in space. So important.

Departments in the US military currently include the Air Force, the Army, the Navy, the Marine Corps and the Coast Guard.

The announcement of a Space Force is part of Trump’s increased interest in the space domain, having in 2017 revived the National Space Council, under the leadership of Mike Pence.

Trump had previously flagged the idea of a US Space Force with statements in March and May.

However, with this most recent announcement Trump officially directed the US Department of Defense and the Pentagon to establish the Space Force.

Much more will be needed to actually make this happen. The President cannot simply declare the existence of a new branch of the US armed forces – it would also require, at minimum, an Act of Congress and quite possibly something more. Each branch of the US military has its own unique origins and would require the restructure of the Air Force and other oversight mechanisms in the Pentagon.

Further, there is also the question regarding what such a force could do. Trump’s speech flagged some sort of peacekeeping role.

Whilst much of the reportage of Trump’s speech has focused on the military aspects of his announcement, Trump reminded the audience that the Space Force was not the only space activity planned by his administration. Rather there was a strong emphasis on commercial space industries, observing that “rich guys seem to like rockets”.

I am instructing my administration to embrace the budding commercial space industry. We are modernizing out-of-date space regulations. They’re way out of date. They haven’t been changed in many, many years. And today we’re taking one more step to unleash the power of American ingenuity. In a few moments, I will sign a new directive to federal departments and agencies. They will work together with American industry to implement a state-of-the-art framework for space traffic management.

Trump also celebrated the potential for benefit to US workers, along with a lot of rhetoric about conquering the unknown. He said “we are Americans and the future belongs totally to us”, we will be “leading humanity beyond the Earth” and “into the forbidden skies”.

Noting the interest of private entrepreneurs establishing long term settlements on Mars, Trump observed that whoever made it to Mars first was fine as long as it was a US citizen.

Trump’s proposals – as with any other new outer space settlements – must operate within prohibitions laid out in the Outer Space Treaty. Established in 1967, this document is the framework multilateral treaty that establishes the principal rules regulating the exploration and use of outer space.

Article II of the Outer Space Treaty indicates that “Outer space, including the moon and other celestial bodies, is not subject to national appropriation by claim of sovereignty, by means of use or occupation, or by any other means.”

That said, US law has been drafted to enable access to, including mining of, space resources, without any claim of sovereignty being made.

With respect to a Space Force, Article IV of the Outer Space Treaty expresses a principle of use of space for “peaceful purposes”. Members of the Outer Space Treaty are forbidden from placing nuclear weapons or weapons of mass destruction in orbit around the Earth, on celestial bodies or stationed in outer space. Military bases, installations and fortifications, weapons testing and conduct of military manouevers on celestial bodies are also forbidden.

Of course, none of this has prevented military personnel being involved in space activities and exploration since the dawn of the space age. Both the early US astronauts and Soviet cosmonauts have been members of their respective countries armed forces. Nor has it prevented the transit of weapons of mass destruction through space. GPS is a development of the US Department of Defense and many satellites, including Australia’s own Optus C1 satellite is a dual use (military and civilian) satellite.

All eyes on space

The question of the legality of the extent of military uses of outer space and what role may be performed by Trump’s Space Force is still open.

Generally, the practice of the space faring states to date indicates that the prohibitions contained in Article IV of the Outer Space Treaty have been interpreted as “peaceful”, but as referring to non-aggressive rather than non-military uses of space.

Of course, militaries worldwide are already very reliant upon space in terms of communication, position, navigation and timing, surveillance and reconnaissance. Militaries regularly hold exercises such as a Day without Space, which prepares users for the possible destruction of or serious interference with GPS, internet and satellites communications, upon which all modern militaries are heavily reliant.

Space assets such as satellites are quite fragile and valuable and hence issues will inevitably arise regarding capacity to protect space assets.

Trump’s Space Force may still be a highly speculative announcement but it is true that we live in an era where militaries and civilians worldwide are becoming far more reliant and invested in the space domain.

Melissa de Zwart is a Professor at the Adelaide Law School, University of Adelaide.