Is the US in a recession? Well, that depends on whom you ask…

Fears are growing that the US may be entering another recession, but what measures are being used? 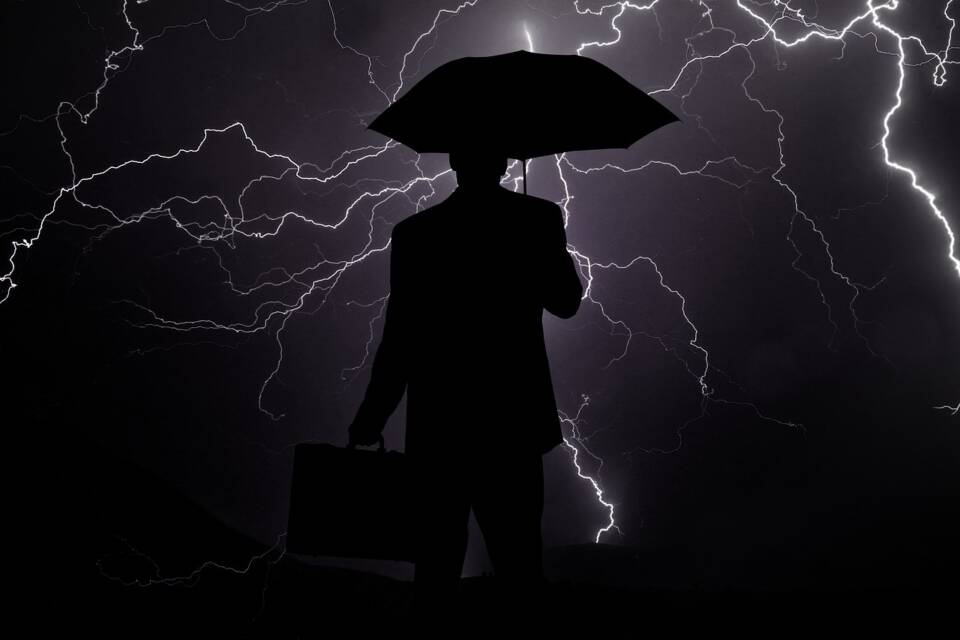 The U.S. economy shrank at an annual rate 0.9% from April through June, the Bureau of Economic Analysis estimated on July 28, 2022. It follows a contraction in gross domestic product of 1.6% recorded in the first quarter of the year.

Some observers suggest the two quarters of contraction constitute a “technical recession” or the “unofficial start” of one, while others suggest it at least raises fears or signals it’s on the way. Federal Reserve Chair Jerome Powell apparently thinks otherwise. On July 27, after raising interest rates 0.75 percentage point, Powell told reporters, “it’s a strong economy and nothing about it suggests that it’s close to or vulnerable to a recession.”

Confused about whether the U.S. is in a recession or how to know when one hits? If you are, join the club.

So The Conversation U.S. asked Brian Blank, a financial economist at Mississippi State University, to explain what’s going on in the economy and what factors determine if it is in recession.

What did the latest GDP report tell us?

The economy is really hard to pin down right now.

First, the question everyone is talking about now is the release of the less-than-impressive gross domestic product report, which showed a contraction after adjusting for inflation.

Some aspects of the report were positive, such as that consumption – how much people are buying – still rose a little and business fixed investment – how much companies spend on machines and factories – was flat, avoiding the drop previously forecast.

As for some of the more negative news, investment in residential housing and property declined 14%, which makes sense given how much it had been rising since the pandemic upended the housing market. In addition, a drop in private inventory investment – a measure of how much stuff companies have produced but haven’t yet sold – had perhaps the biggest impact on negative second-quarter figures. While inventory reductions can be a sign of strength from selling products, the decline reduced overall GDP by over 2 percentage points.

And overall it means the U.S. economy technically has shrunk for two consecutive quarters, which is why you’re seeing a lot more economists, journalists and others use the dreaded “R” word: recession.

What is a recession, anyway?

Two quarters in a row of contraction is the shorthand journalists and many others use to describe a recession.

In the U.S., however, the economy is deemed to be officially in recession only after the National Bureau of Economic Research, a nonprofit and nonpartisan organization, says it is.

The bureau defines a recession as a “significant decline in economic activity that is spread across the economy and lasts more than a few months.” Its business cycle dating committee, which is composed of eight economics professors, meets to determine when recessions begin and end. It uses three key criteria:

So, are we in a recession or not?

Recessions are complicated to identify, given that the economy is big and has many parts. Currently, some parts of the U.S. economy, like the labor market, are growing quickly, while others, such as housing, are slowing.

While two quarters of economic contraction typically do coincide with a recession, they also do not typically involve the hot job growth the U.S. economy has seen this year. And recessions rarely happen when unemployment – which is currently at a roughly half-century-low of 3.6% – is falling. The economy is typically not in recession if almost everyone who wants a job has one.

In addition, recessions usually involve declines in real gross domestic income, which is similar to GDP but instead specifically measures income and costs related to production. In theory, they should move more or less in tandem, but gross domestic income continues to grow.

Another measure of growth is personal income, which has been climbing for most of the year and rose faster than spending in May. The Fed watches this metric closely because of its predictive ability, as does the National Bureau of Economic Research, in addition to unemployment.

For my 2 cents, I believe Powell is right. The economy does not appear to be in a recession at the moment, given how strong the labor market is. Since 2.7 million more people have jobs now than they did at the end of last year, a key measure of the economy is still growing.

“There are too many areas of the economy that are performing too well,” Powell told reporters. “It doesn’t make sense that the economy would be in a recession with this kind of thing happening.”

That said, Powell and the Fed are trying their level best to curb soaring inflation by slowing the economy – and there are worries that doing so will induce a recession. If you want a strong signal to tell if that might be happening, look at residential investment as a percentage of GDP. Residential investment is how much individuals spend on new homes and home improvement. Right now it’s flat, but when it starts to decline, a recession is usually on its heels.

Keep in mind, 2021 boasted one of its best U.S. economies in decades, so maybe Americans can accept a so-so 2022. In some ways, an economy that is not growing too fast might also mean an economy that is getting inflation under control, which suggests that sometimes not so great news is actually good news.