Is divorce becoming an accepted part in Indian society?

In India, everybody is either married or on the way to getting married. The unmarried man arouses curiosity, the unmarried woman pity. 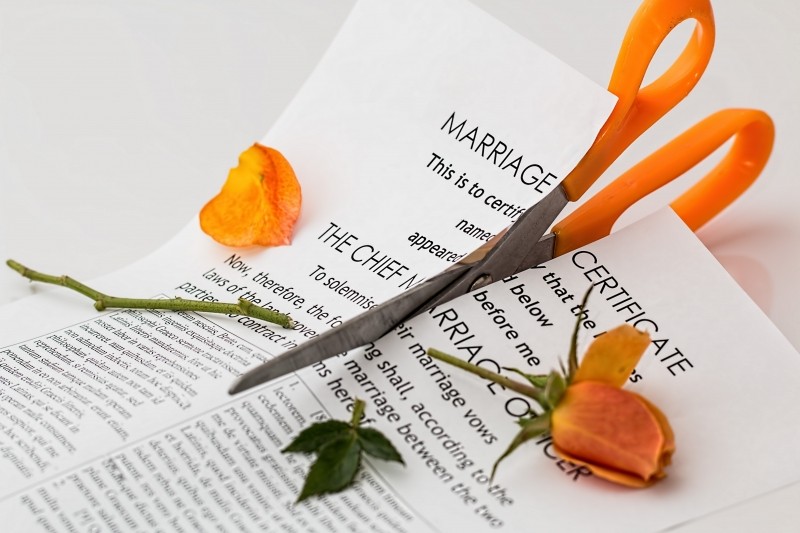 In India, everybody is either married or on the way to getting married. The unmarried man arouses curiosity, the unmarried woman pity.

Traditionally, no one asks if you want to marry. The spouse is simply chosen for you. Just as you don’t get to choose your gender or your parents (hence your caste, family or inheritance), you do not get to choose your husband or your wife. You have to submit to it. You have to adjust and accommodate just as you adjust and accommodate to your gender and your family.

But what if it does not work out. If the husband is a jerk or the wife a pain, could one terminate one’s marriage? Was divorce allowed in traditional Indian society? It’s a question that is difficult to answer.

Vyasa, the author of the pan-Indian epic, Mahabharata, arrogantly proclaims, “What is not there in the Mahabharata is not there anywhere!” But there is no mention of divorce anywhere in the  Mahabharata. In the epic there are tales of men with many wives (Arjuna), a woman with many husbands (Draupadi), women who have sex before marriage (the birth of Karna), infidelity (the beheading of Renuka), women who want a man only to have children (Uloopi), women who want a man for pleasure alone (Urvashi), men who dress as women (Brihanalla), men who force themselves on women (Jayadratha), husbands comfortable with their wives going to other men (Pandu), men who become women (Bhangashvana), men who have mistresses (Dhritarashtra). So many stories of sex and sexuality and the social context of the same, but none of a man and woman terminating their relationship as husband and wife and moving on.

It is not surprising therefore that the Indian audience reacted with alarm to the theme of Karan Johar’s latest, Kabhi Alvida Na Kehena. Experts say that the film, clearly targeted at the NRI, has done better abroad than in India. Could it be because the notion of divorce is quite alien to India? You can walk out on your husband or abandon your wife, but you cannot break away from them. Husbands and wives, like brothers and sisters, and fathers and mothers – for better or for worse – are forever!

One could say that divorce has been traditionally suppressed in India. But then so has love marriage which has always been seen as the greatest threat to India’s caste hierarchy and religious divide. But the idea of falling in love, indifferent to its social complications, has been the theme of the most traditional of songs and the most ancient of stories. Society understands the pain that a man or woman go through when they are forced by the family to marry against their wishes. The same society knows that sometimes marriages do not work out, but there are no stories of divorce.

Think about it. The Indian word that comes to mind when we talk about divorce is talaq which is an Arabic word. The film Nikaah starring Salma Agha and before that Saudagar starring Amitabh Bachchan and Nutan produced years ago explored the idea of talaq. Both films were successful. These tales of divorce were placed in a cultural context hence the idea did not seem alien. KANK discomforts the audience. Is Karan Johar reflecting the reality Indians shy away from or is he selling a way of life that Indians are adopting with increasing Westernization?

Films have dealt with the idea of divorce before. Hesitatingly though. In Aandhi, Sanjeev Kumar and Suchitra Sen separate in the pursuit of power. In Arth, the horror of a one-sided termination is explored in painful detail by Shabana Azmi. In Silsila, the couples involved draw back from the precipice of divorce. In Intezzar Rekha walks out of and marries Shashi Kapoor.

Television has been far more up-to-date than cinema. In Kahani Ghar Ghar Ki, divorce is not just restricted to the vamp Pallavi but also to the heroine Parvati’s daughter Shruti. In Kasauti Zindagi Ki, Prerna grows out of the relationship and divorces her husband. The ever-faithful Tulsi’s daughter as well daughter-in-law have divorced their spouses in Saas Bhi Kabhi Bahu Thi.

In the Indian legal system, the notion of divorce, like marriage, is closely aligned to religious beliefs. Hence we have Hindu Marriage Laws and Christian Marriage Laws and Muslim Marriage Laws. We have to ask ourselves is marriage a legal construct or a religious construct. In ancient Greece and in ancient Rome, marriage was a legal construct. You could marry a man and later divorce him or be divorced by him. Islam permits a man to marry four women and divorce any one by saying talaq three times. Divorce there is a termination of a contract. The Catholic Church has struggled hard to impose the concept of insolubility of marriage, facing many challenges because of it. For Hindus, marriage was never a mere legal contract; it was a rite of passage through which a man repays his debt to his ancestors and gets the moral right to enjoy the pleasures of worldly life. The groom receives the gift of a wife from the bride’s father, a gift that he can never refuse or reject.

It is not that divorce is totally alien in India. There are references to divorce in the Arthashastra of Chanakya but that is a legal and political document not a religious scripture. And there are some Indian languages, such as Marathi, that have words for divorce. In many tribal communities as depicted in the film Jait re Jait starring Smita Patil divorce happens when the wife repays her husband the price he ‘bought’ her for. By and large, however, the notion of divorce remains alien. It was perhaps easier for a man in traditional society to divorce his wife de facto if not de jure by simply abandoning her and marrying again. For women who were not allowed to remarry even when widowed things were never easy.

That divorce is now becoming an acceptable part of Indian society in modern times is evident in the matrimonial columns of newspapers. We find divorcees seeking new partners, with or without ‘encumbrance’, consummated or unconsummated. Even applications of divorcees is considered ‘acceptable’. Today pre-married state is equated with post-married state with a word called single.

KANK acknowledges that marriages can break down. That couples can grow out of relationships and find solace in extra-marital liaisons. The betrayed Abhishek and Preity ask their respective spouses to leave home – not because the marriage has broken up but because they have been unfaithful. But the traditional disgust at infidelity is missing. Parting is dignified. As it should be if it has to be.

This article was originally published in Times of India, consumer edge, mumbai edition, 23 Sept 2006. It has been republished with permission from Devdutt.