IPL Media rights go for astronomical sum, catapulting it to second most valued global sports property after the NFL in America. 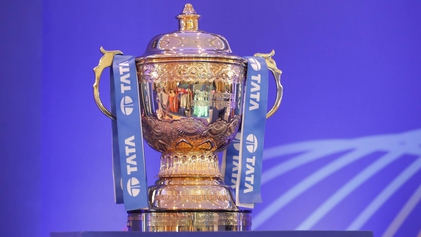 Disney-Star held the media rights to the recently concluded IPL

There have been a lot of reports about viewing numbers for cricket matches taking a hit, as monotony sets in amongst viewers with back-to-back domestic and international series.

If the figures from the auction for the media rights to the Indian Premier League (IPL) for the next five-year cycle from 2023 to 2027 is to be considered, onw would think there is nothing wrong in the world of cricket as spectator sport.

Package A and B of the rights, which includes TV and Digital, has been sold for an eye-popping INR 48,390.5 crore (US$ 6.2 billion approx.) This puts the valuation of each IPL match, at above INR 100 crore, on average, setting a new record and making it a windfall for the BCCI.

Many are of the opinion that the IPL has now surpassed the English Premier League in terms of per match value.

Package A and Package B of the media rights have been won by two companies and one of them just might be eyeing a takeover of the entire rights, as per sources in the know.

Amazon had earlier pulled out of the Indian Premier League media rights auction race, as people were keenly expecting a face-off between Jeff Bezos and Mukesh Ambani, as Reliance was also one of the bidders.

While this deal also broke records, taking the value of a single match to INR 55 crore, the new cycle has doubled that.

This article has been updated