Interstellar and ‘Murica,’ did the epic sci-fi flick spin a fantasy of US Colonialism?

While Hollywood can readily dream and execute a future of intergalactic travel, why does it find it difficult to escape the black hole of American exceptionalism 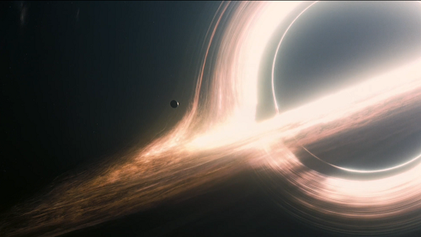 Interstellar has been praised for its attempt to make the “hard science” of astrophysics both accessible and exciting to a popular audience. Through cutting-edge special effects, it takes audiences on a journey through space and time. It does so by drawing on groundbreaking scientific theories involving relativity, wormholes, black holes and the power of gravity.

These cinematic efforts are especially timely in light of the recent Rosetta mission. In the depths of a news cycle filled with economic insecurity and the threat of an Ebola outbreak, the landing has captivated the world, offering a welcome vision of scientific progress and the power of human innovation.

Regardless of what one may think of it as a film, Interstellar, then, should be commended for making heroes out of scientist and engineers. It shows a new generation of film goers the possibilities that scientific discoveries, rather than mystical superpowers, have for leading us beyond our present reality. Yet, despite being directed by British-American director Christopher Nolan, behind this science fiction also lies a dangerous fantasy of US colonialism.

The US saves humanity

The film is set in the near future, on an earth close to being uninhabitable for humans. In order to produce the necessary food to feed the remaining population, most people have turned to farming. A theme that runs throughout the movie is the dangers of turning away from scientific exploration even in times of great social and economic insecurity – when it may seem irrelevant or politically unfeasible.

The film presents an impassioned and optimistic vision for humanity to never stop “reaching out to the stars”. As the central character (played by Matthew Mcconaughey) says in an early scene: “humans may have been born on this planet, but we were never meant to die here”.

But despite its seemingly universalist sentiments, the future that Interstellar portrays is ultimately quite parochial and arguably jingoistic. The US does not just lead the mission into space to find a new home; it is the sole country that is involved. While they claim they are trying to save humanity, this appears to mean only those survivors living within America. All its crew members and scientists are American and there is barely any mention of the rest of the world.

The conclusion of the movie reinforces this US-centric viewpoint. After travelling through previously unexplored galaxies and physical dimensions, the protagonist awakens in an American space station. He looks out the window and sees children playing baseball, the country’s quintessential pastime. Everyone speaks English and there is not even a hint that any non-Americans are on board.

The final image is an even starker reminder of the limited nationalist lens used by the filmmakers. It pans overhead to reveal a new human colony next to an American flag.

The film clearly reinforces ideas of American exceptionalism. America alone has the intelligence and courage to survive. The future, as far as humanity is concerned, belongs solely to the US and its citizens.

And the film links this exceptionalism to traditional notions of divine providence. The plot centres on the discovery of a wormhole that a higher intelligence has placed near Saturn so that humans may go forth to find new planets to populate and avoid extinction. Sure, this mysterious “they” ends up being an evolved humanity from the future, but this is more troubling. More than having God bless the US over all other nations, in the 21st century higher beings are actually Americans from the future, leading their compatriots to their privileged fate.

America felt that it had a special right and mission to colonise the whole of what is now the intercontinental USA. In the contemporary period, it has used its moral superiority and divinely given exceptionalism to justify military interventions across the world, from Afghanistan to Iraq. While Interstellar is by no means militaristic, it nevertheless maintains that it is the special and exclusive right of Americans to colonise the galaxy.

Interstellar is meant to be science fiction. For many it is the rebirth of the genre, following in the hallowed footsteps of such classics as 2001: A Space Odyssey and Blade Runner. Whether utopian or dystopian, science fiction presents individuals with a view of the future that allows them to re-imagine their contemporary reality. At its best, it signals the potential for new forms of consciousness and society.

The patriotism driving Interstellar reveals that in spite of its use of science, it is at heart a fantasy film. It is not so much challenging the present as strengthening traditional and dangerous American values in a future setting. It takes humans to new galaxies, yet leaves them there living and thinking in the same destructive ways. It seems that while Hollywood can readily dream of a future of intergalactic travel, it cannot imagine a world beyond American exceptionalism and the age old desire for national conquest.