India’s High-Speed Rail Has Higher Costs Than We Know

For India’s High-Speed Rail System to get on the right track, an infrastructure overhaul in the interests of the people needs to factor into policy, rather than political optics. Until then, vanity projects such as Bullet Trains will continue to bear high socioeconomic costs. 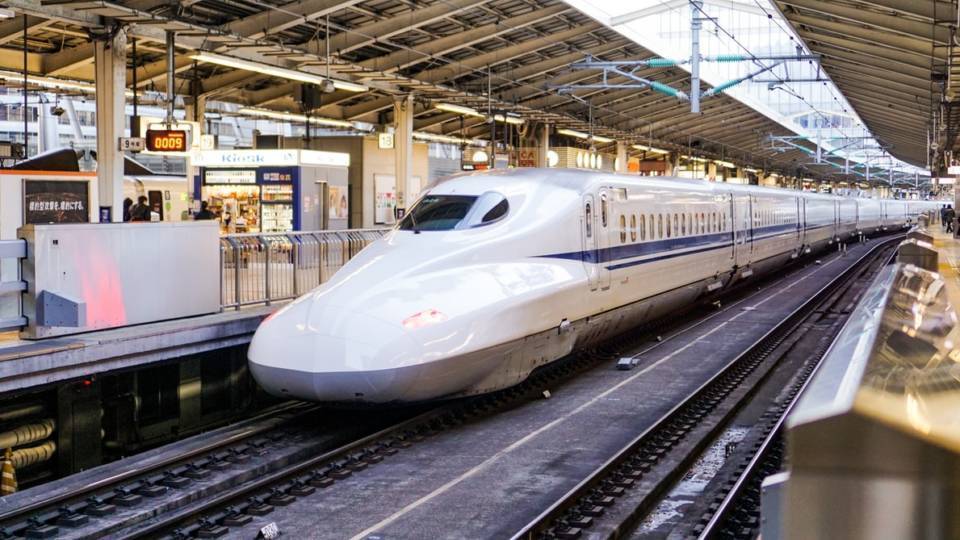 Indian Railways is a 163-year-old institution, which has been a national organization since 1947 and continues as a Public-Sector Undertaking burdened with declining operating efficiency and deteriorating Freight shares. The fourth largest railway network is immersed in huge debts and has currently been sanctioned a loan of `5 lakh cores for rehabilitation of some of its vital services, which include Housekeeping, Catering, Station Rehabilitation, Technology Upgradation, etc. India lags behind other global railway systems when we gauge it in terms of Speed, Safety and Technology. Ever since the Modi Government took charge in 2014, there has been a paradigm shift in the pace at which projects of national and international importance. The High–Speed Rail Corridor, forms one important project amongst the many. But, a question remains – what are the socioeconomic costs of undertaking such an exorbitant project at a time when the railways are struggling to balance its existing resources? This is a commentary on the social, economic and technical costs involved if the High–Speed Railway comes into operation.

INDIAN RAILWAYS IN THE CONTEMPORARY ERA

Indian Railways is the fourth largest Railway network of the world, with a span of 115,000 km of track, of which 63,000 km is running track connecting 8,000 stations with 21,000 trains and 10,500 locomotives operating everyday. The categories of trains are as follows:

Note: The above figures represent the latest data of the Railways and the percentage calculated accordingly

The global railway systems are governed by the International Union of Railways or UIC which has set certain parameters which distinguish the High-Speed trains from Superfast Railways.

Unfortunately, the trains operating on the network of Indian Railways do not fulfill the criteria of International Union of Railways.

According to the definition of European Standards, a Superfast train is a train, which is capable of running at a speed of 160 kmph, while UIC defines High–Speed trains as trains operating at a speed of 220 kmph.

In both cases, India can be seen lagging behind other railways, including its immediate neighbor China, which achieved 20,000 km of High–Speed Railway in 2011, while India continues to run trains at 110 kmph, and only a select category of train services continues to run at speeds ranging between 130-160 kmph. The elite trains and the semi–high speed Gatimaan Express together only 1% of the total train population, though efforts to improve the speed of trains have increased in order to enrich the travel experience of passengers and improve safety record of the railways.

The reasons behind the slow running of trains are as follows:

Indian Railways, unlike in Australia or America, do not have dedicated lines to run trains. In the Indian scenario, all trains run on the same line, although, it is anticipated that the much-awaited Dedicated Freight Corridor construction which commenced in 2009 is to be completed by 2018. The current saturation rate as estimated in the 2016 budget stands at 180% compared to the previous 120%.

If we are to achieve higher speeds, the aforementioned is the first crucial element to achieving the goal. This however is not valid in the case of India. India fails to meet both of these criteria. First, the train length exceeds 10 coaches (this is ideal for High–Speed Services), while in India the maximum length for the train is 24 coaches. There are close to 100,000 level crossings, though the railways have paced up its program to replace level crossings with over-bridges and under-bridges. The second concern is the location of homes close to tracks and trespassing of tracks, which is another hindrance for the speed increment.

Indian Railways has still not achieved modern signaling system. Many sections still rely in the British–Era signaling system and the existing Route Relay Interlocking systems are prone to technical faults and glitches. In July 2015, a major fire at the Route Relay Interlocking Cabin in Itarsi led to cancellation of 50,000 tickets and a loss of `2500 crores. The point I am trying to put forth is that it is just not the fault in the system, but also the financial constraints involved in dealing with glitches of such a magnitude.

Currently, railways are facing challenges in the implementation of existing technology when we look at the ALSTOM Coaches or the implementation of ACD on all the 10,500 locomotives. Post 2010 Santragachi Train Disaster, it was estimated to cost the railways a whopping 16 lakh a locomotive as per reports, while on other hand, the high cost per unit coach is anywhere between 75 lakh – 1.8 crore rupees per coach, when the current production is at 4000 coaches annually.

The railways aim to switch over to ALSTOM by next year, which would lead to an increment in the speeds of the trains. The proposed increments are as follows:

Indian Railways employs 17 Lakh people and is the ninth largest utility employer in the world. Of the 17 Lakh, 1 Lakh are Loco operating staff or Train engineers. There, however, remains a disparity amongst the specialization of drivers or engineers as they are termed in the US.

Post the 2011 Kalka Mail disaster, it was pointed out that close to one lakh safety related posts of Signalman, Pointsman, Gangman, Train Engineers remain vacant. In the light of such instances, the prospects of having a bullet train are remote, due to the fact that we are at a time when we are unable to modernize our current training facilities, the setting up of a training school and a longer duration of training would invite further delays to the project. It is therefore required for the railways to chalk out an efficient strategy to modernize the manpower and then chalk out strategies for the bullet train project.

It is an undeniable fact that we need to pace up our policies regarding rail transport, if we are to achieve the standards of Europe. The tragedy of railways in India is that policy is driven more by political interests and vote bank politics and it overlooks the perspectives of common interests. In the present state of affairs, the bullet train looks to be too far-fetched to be fulfilled, keeping in mind the factors which have been elaborated in the earlier discussions. The dilapidated infrastructure, which is the greatest weakness and inhibitor to future prospects of faster and economic rail travel, provides us with an opportunity to enter into diplomatic relations with other countries and at the same time foster stronger relations in the field of transport technology, without harming the present state of relations. This would work as learning experience for India before venturing into bullet train compromising the socioeconomic impact and the dilution of the social welfare motive of railways.

This article was originally published in Harvard College Economics Review