Indian firm takes over operations at Iran’s Chabahar port: Here’s why it is of strategic importance

Behrouz Aqaei, director general of Sistan-Baluchestan Ports and Maritime Organisation, was quoted by Irna news agency as saying that IPGL has “officially started to run Shahid Beheshti port in Chabahar” and the company’s major tasks include loading and unloading operations, procurement, and marketing. 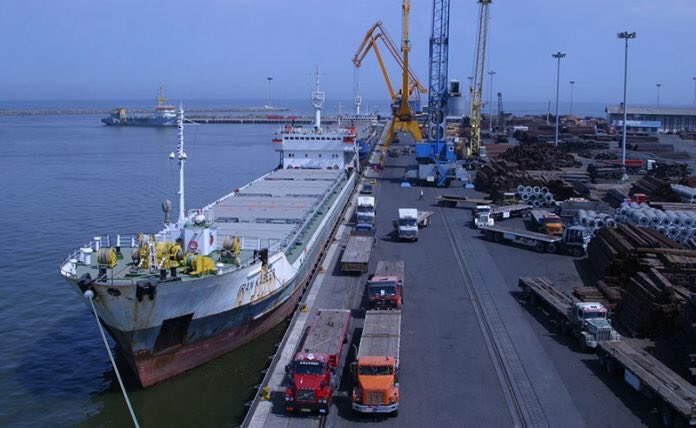 In a concrete step towards India’s role in gaining a foothold at the Chabahar Port, India Ports Global Limited (IGPL), on Monday, opened its office in Chabahar and took over operations of the Shaheed Behesti port in the Iranian city.

Behrouz Aqaei, director general of Sistan-Baluchestan Ports and Maritime Organisation, was quoted by Irna news agency as saying that IPGL has “officially started to run Shahid Beheshti port in Chabahar” and the company’s major tasks include loading and unloading operations, procurement, and marketing.

For a long time now, New Delhi has been making efforts to develop the port, which allows India to ship supplies to Afghanistan while bypassing Pakistan. India’s intentions to develop the port received a fillip recently when Washington exempted Chabahar from Iran-related sanctions in November.

Iran formally handed over the port to India during a first meeting of the follow-up committee for the implementation of the Chabahar Agreement between Iran, Afghanistan, and India in Tehran.

“This is a major step forward in India’s efforts to support Afghanistan and also for regional cooperation,” an official in New Delhi said, Hindustan Times reported.

What has been decided in the meeting?

The Follow-up Committee for implementation of the trilateral Chabahar Agreement between India, Afghanistan, and Iran met for the first time on December 24.

During the meeting, positive and constructive discussions were held between the three sides on full operationalization of the Trilateral Transit Agreement for international transit & transport through the Chabahar Port. All three sides agreed on the routes for the trade and transit corridors between the three countries, as per an official statement from the Ministry of External Affairs (MEA).

It was agreed to finalise the Protocol to harmonise transit, roads, customs, and consular matters. It was also agreed to allow cargo movement at Chabahar using TIR Convention provisions.

Furthermore, it was decided that an event would be held to promote and popularise the potential of Chabahar on February 26, 2019. In addition, a study would be initiated for determining measures to make the route attractive, decrease logistic costs, and pave the way for smooth operationalization of the Chabahar Agreement.

The second meeting of the Follow-up Committee will be held in India in 2019, the MEA’s statement read.

How will this help India?

The Chabahar port opens up a permanent alternative route for trade with Afghanistan and Central Asia, given the hurdles in the direct route through Pakistan. In addition, it facilitates India’s role in Afghanistan’s development through infrastructure and education projects.

The port also gives India an opportunity to improve bilateral ties with Iran, a major oil supplier and potential trade market for India. It will be important to operationalise the port quickly and smoothen the route to Afghanistan.

The follow-up committee’s decision to hold an international event in February 2019 to promote Chabahar and to assess ways to make the route more attractive and decrease logistic costs is timely. This is because roughly 500 companies have registered with the Free Trade Zone authority there.

Chabahar also provides a link to the planned International North-South Transport Corridor. This way it loops in Russia and countries in Central Asia and Europe as beneficiaries.

By generating economic returns, Chabahar port might help in reducing the political divergence on Afghanistan that has emerged between India on the one hand and Iran and Russia on the other.

In a separate development, a senior official from Iran’s Trade Promotion Organization (TPO) said on Monday that Iran and India have alsmost completed a “preferential trade” agreement that will come into force in the near future.

Mojtaba Mousavian, head of the Asia and Oceania Trade Office in the TPO, said talks between India and Iran regarding the agreement have been fruitful, and the pact is set to be implemented within the next month, Mehr news agency reported.

Mousavian added that each side will reduce tariffs on 80 to 100 products purchased from the other country.