India vs England: Can faltering hosts check the Indian juggernaut?

The India vs England match is a tie-breaker for two teams that have played each other 7 times on World Cup stage, with three wins each and the last a draw 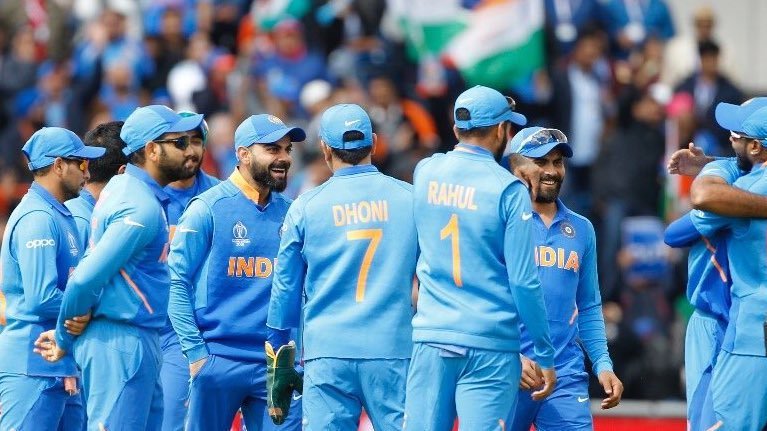 Upbeat, buoyant, and riding on the wave of eight wins, India will face hosts England in Birmingham on Sunday, June 30, as the latter seem to have hit a stumbling block after two successive losses in the 2019 ICC Men’s Cricket World Cup.

Eoin Morgan’s side needs a desperate win against the cricketing behemoths in blue (and orange). Registering a victory in Sunday’s match is crucial for the English team to stay afloat and will take them closer to securing a spot in the semifinals.

Speaking of World Cup history, both teams have played each other seven times, each winning thrice and tying in their last-ever encounter in the 2011 World Cup; this was the tournament India went on to win. So, Sunday’s match will essentially be a tie-breaker.

Make-or-break encounter for the hosts

Familiarity with the home pitch will give the English side the confidence it needs in the impending match, which is poised to be its sternest test in the tournament yet. The Edgbaston pitch has, so far, been beneficial to bowlers, with the previous encounter between New Zealand and Pakistan at this venue turning out to be a low-scoring contest.

However, on the same deck, Kiwi all-rounder James Neesham scored an unbeaten 97, while Pakistani batsman Babar Azam completed his maiden ODI ton. Working in England’s favour are their victories at this venue—the side has won the last nine matches (across formats) it has played at Edgbaston.

For English fans, all eyes on Sunday will be on Ben Stokes to spin this in the hosts’ favour; the ICC reported early Saturday that Jason Roy was back, batting at the nets, and would be assisting the team counter the Indian juggernaut better.

Roy will, in all likelihood, take his opening position replacing James Vince. Joe Root and Jos Butler also need to be at the top of their batting forms to cull together a formidable score, to beat the only side that’s yet to lose a game.

Will India rise to the top of the table?

Meanwhile, India, currently ranked second on the table, hope to displace Australia from the pole position with a win on Sunday; (in Saturday’s match against New Zealand, Australia found themselves heavily bullied and staring down the barrel of a loss with 100/5 at the end of 23 overs).

Aided by a power-packed batting and bowling order, Virat Kohli and his men hope to continue to remain unbeaten in their World Cup campaign, which nears the end of its group stage.

West Indies, Afghanistan, and South Africa have already been knocked out of the tournament, while Pakistan, Bangladesh, and New Zealand are putting up fierce competition against England to enter the big leagues in store.

While Kohli and Rohit Sharma’s performances with the bat have enabled India to play a dominant role in the ongoing World Cup, India’s bowling line-up with Jasprit Bumrah, Bhubaneshwar Kumar, and Mohammed Shami has helped close many games in the tournament.

For instance, in the last match against West Indies, batsmen weren’t up to the mark, but good bowling delivered India the win, helping the side maintain its cent per cent win record in the tournament.

Following Shikhar Dhawan’s departure due to a sustaining thumb injury and a lacklustre performance by Vijay Shankar, there is concern over India’s middle order. Former captain Mahendra Singh Dhoni also managed to score his first 50 runs in the tournament against the Caribbeans on Thursday and was heavily criticised for an alleged lack of intent in their last but one encounter with Afghanistan.

Kedar Jadhav, on the other hand, scored a half-century against Afghanistan but failed to make an impact in the latest fixture. Moreover, in the absence of a regular opener, KL Rahul, while providing decent starts, has not been able to convert them into big scores.

Commentators believe the middle order could make or break what’s left of India’s campaign, especially in the run-up to Sunday’s high-profile encounter with the hosts. Nonetheless, India continue to have a significant edge over England in the light of their recent reversal of fortune. Former cricketer VVS Laxman told reporters on Saturday that the hosts are under considerable pressure.

Both matches played at Edgbaston so far were won by the side batting second, so it won’t be a surprise if India and England opt to field first after winning the toss.