India has the highest number of internet shutdowns in the world

An Internet shutdown occurs when the State orders telecom companies to shut down mobile Internet services. 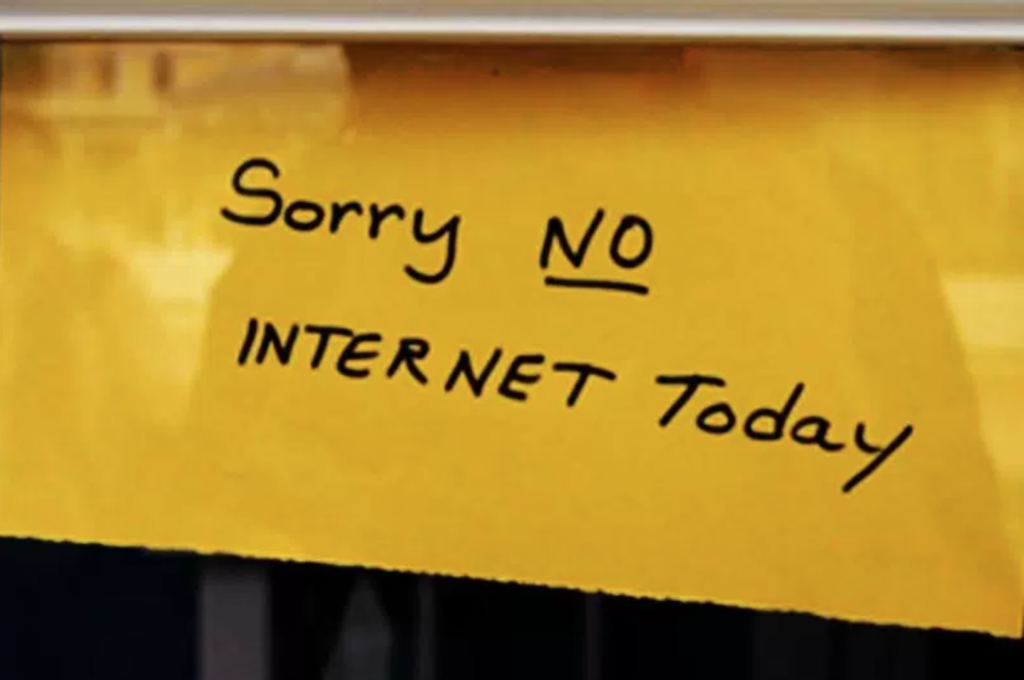 By Avinash Mathews and Aditya Kunatharaju

In 2018, India has already had 43 Internet shutdowns, as compared to 70 shutdowns worldwide that happened throughout 2017. Over the last few years, India has had the most number of shutdowns in the world, five times as many as the country second in the list, Pakistan, and many more than countries in the Middle East and Africa.

What is an internet shutdown

An Internet shutdown occurs when the State orders telecom companies to shut down mobile Internet services. Suspending the Internet has almost become an obligatory extension of Section 144 of the CrPC, with services being suspended in 26 different districts across 5 states, all within the first 24 days of April. This is clearly indicative of how shutdowns have become the preferred tactic to deal with demonstrations such as the Kathua protests and the Bharat Bandh.

Rules passed by the Ministry of Communications in August 2017 as a notification on the Indian Telegraph Act have statutorily legitimized the temporary suspension of telecom data services in the interest of public safety.  The new law is a step towards due process and transparency. Earlier, the decision to suspend Internet services would be taken under the discretion of district collectors and magistrates via Section 144 of the CrPC.

This step moves power away from local actors thereby, allowing only the Union Home Secretary or the State Home Secretary to suspend the Internet. Additionally, the new law also stipulates the decision to shut down Internet services must be reviewed by a Central or State Review Committee within 5 working days of the issue of directions.

Although this may be a step in the right direction, it is troubling that the frequency of shutdowns has been increasing, and it is important to question whether or not internet shutdowns actually help in riot control.

The classical justification for shutdowns is that they prevent the spread of material that may incite violence. However, it is important to take note of the fact that misinformation and rumours about riots or any violent activity can continue to spread through phones, messages despite the internet being shut down. In fact, suspending internet services hampers the ability of citizens to contact friends and family during hazardous and possibly life-threatening situations. It also becomes difficult for law enforcement authorities to release clarifications and reports that can dispel rumours as well as transmit warnings and information that can assure citizens of safety.

Governments in other countries have realized that the Internet can be a useful tool in times of turmoil. Post the terrorist attacks in France in 2016, the French Government considered shutting down the internet but realized that the gains were outweighed by the costs. Instead, they developed an application with an alert button, which would alert the police and inform them about areas of danger. Facebook followed suit and developed a button with which people could mark themselves safe in case of a catastrophic event and this feature has seen widespread use.

Additionally, the economic cost associated with internet shutdowns is also very high. In October 2016, the Brookings Institute calculated the financial losses that India had sustained due to the 22 temporary Internet shutdowns between July 2015 and June 2016 and arrived at a figure of $968 million. This figure factors in the percentage of the GDP “derived from the Internet economy”, online ad services, as well as digital payments.

These staggering numbers are derived from a pre-demonetization economy, and since then the digital payments market has grown astronomically and is expected to cross the $1 trillion mark by 2023. The rise in the number of shutdowns over the last few years coupled with the increase in the use of Debit/Credit cards, mobile payment systems and the unified payment interface could have catastrophic effects on the economy.

The main inference from the government’s actions over the last two years is that they refuse to respect citizens’ right to access the Internet. Often times a shutdown can be used to quell legitimate acts of peaceful protest. In the case of Arup Bhuyan v State of Assam, the Supreme Court of India adopted the Brandenburg Test from American jurisprudence, which states that merely publishing or circulating material that justifies the commission of violent acts is not illegal. It is only illegal the moment it incites imminent lawless action.

Given the substantial collateral impact the decision on the common citizen, the Government should be more hesitant to impose an Internet shutdown. Possible alternatives for a blanket Internet shutdown could be implementing a limited or surgical shutdown of a particular area, the use of Internet messaging apps to establish official channels of communication during times of riots, and increasing the infrastructure available to police technology teams to track down nefarious individuals spreading inciting messages.

Clearly, the increasing use of blanket internet bans is a worrisome trend and acts as a negative stimulus on society, the economy and family life. Although it may seem intuitive that Internet bans are a necessary precaution in a volatile nation such as India, but the apparent benefits are outweighed by the underlying detrimental effects on the local economy, citizens’ peace of mind and individual rights.