India debates women’s entry into mosques ‘because of Sabarimala’: All you need to know

A Pune couple’s plea in the Supreme Court raises fundamental questions about the nature of religious institutions. 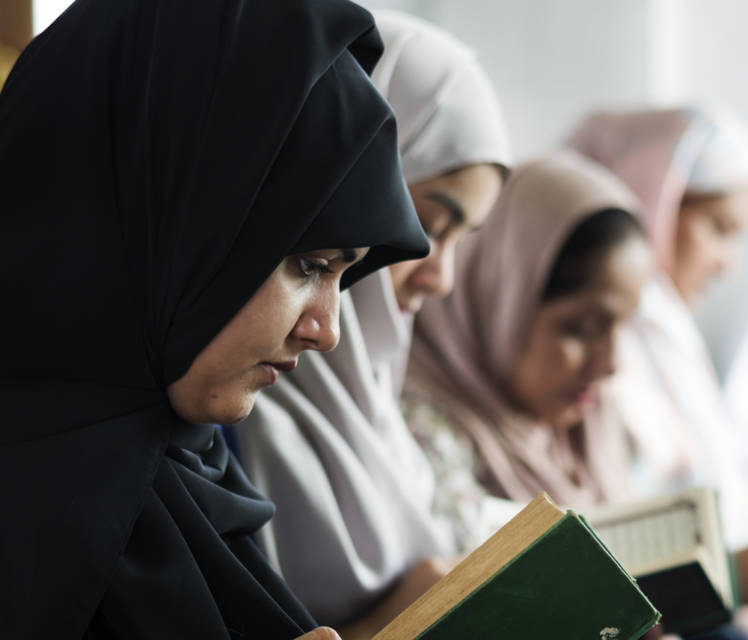 Emboldened by the Sabarimala verdict, a couple from Pune, Maharashtra, moved Supreme Court this week, seeking the right to entry and to prayer of women in mosques. The ban on women’s entry is illegal and unconstitutional, they claimed, as it goes against the fundamental rights of an Indian citizen, as guaranteed by the Constitution.

Yasmeen and Zuber Ahmad Peerzade, in their joint plea, have said: “The act of prohibition of females from entering mosque is void and unconstitutional as such practices are not only repugnant to the basic dignity of a woman as an individual but also violate the fundamental rights guaranteed under Articles 14, 15, 21 and 25 of the Constitution.”

Apparently denied entry in a Pune mosque, the couple reportedly sought police intervention to enable women to pray in the mosque, but the Jamaat (Islamic congregation) forbade it, according to ANI. Their petition refers to the top court’s September judgment on Sabarimala.

In validation of their complaint after a lot of haggling, an apex court bench headed by Justice SA Bobde agreed on Tuesday, to hear the plea and thereafter issued notices to the Centre, National Commission For Women, Central Waqf Council, and All India Muslim Personal Law Board, asking them to respond to the petition.

“Why should the police help somebody? If you don’t want a person to enter your house, can they get the police to help them enter your house?” Bobde asked, to which the counsel for the petitioners replied, “The Board (managing mosques) is acting as State instrumentality. Grants are given by the State…There are benefits from the State…”. The bench found this unsatisfactory but granted further hearing only on the basis of Sabarimala verdict, LiveLaw reported.

The rulebook does not mention the ban

Mosques in major cities usually admit women to attend prayers in separate assemblies, claimed Twitterati. But there is no binding law to deem the prohibition, if it exists in certain mosques, as illegal.

Despite there being no records stating that the Holy Quran and Prophet Muhammad opposes women’s entry to mosques, women worshippers are discriminated against, lamented the couple in their petition. Like men, women also have the constitutional rights to offer worship according to their belief, they said.

The counsel for the petitioners also drew the bench’s attention to countries like Canada and Saudi Arabia, and shrines like Mecca, that award Muslim women the right to pray in mosques, albeit separately. The counsel also mentioned the instance where Mumbai’s Haji Ali Dargah was compelled to open its doors to women after a nudge from the top court.

Also read: A mosque in Delhi opens its gates to transgender worshippers

According to News18, women in India are allowed to offer prayers at mosques under Jamaat-e-Islami and Mujahid denominations at present. They are barred from mosques under the predominant Sunni faction and even if they are allowed, there are separate entrances and enclosures for worship for men and women, contended the petition.

In response, the body of Sunni clerics in Kerala reiterated its objection to legalising the entry of women in mosques, saying “women should offer their prayers inside their homes”. It was met with vehement outrage.

The internet has erupted in both praise and condemnation for this attempt to involve the judiciary in religious matters, with some hailing this as a much-needed review of rules that shun women from public religious spaces at will, as others were left negotiating the political and hagiographic repercussions of the move.

While noted Bangladeshi writer in exile, Taslima Nasreen, took a radically different stance on the whole issue, demanding similar agitation for more crucial women’s rights, there were others who cried female privilege saying liberals ought to be fighting for men’s right to offer Salah/Namaaz at home instead.

It may also be worth noting that Akhil Bharatiya Hindu Mahasabha had filed a plea to allow women’s entry into mosques to protest against the Sabarimala verdict, calling it a targeted attempt to destroy Hindu traditions. It was later dismissed by the Kerala High Court because it was not filed by a Muslim organisation or person.

Last year, social activist VP Zuhra, President of Kozhikode-based progressive Muslim women’s forum NISA, had announced she would approach the court on behalf Muslim women of Sunni denomination to demand the right to pray in mosques. The ban qualifies as “gender discrimination”, and its reversal could restore “equality” in terms of religious rights, she said.

The issue, once again, raises the question of judicial overreach, when it comes to the acceptable extent of interference by the state (and its law) with core religious practices.

The bench on Tuesday told the counsel appearing for the petitioners that the hearing will take place only because of the precedent set by the apex court in its judgment in the case involving Kerala’s Sabarimala temple.

“The only reason we may hear you is because of our judgment in the Sabarimala temple case,” the bench said.

Critics have heartily expressed their objection to the court’s reasoning and line of thought, in conflating this issue with Sabarimala, which is a unique case as the ban on menstruating women is specific to one temple only.

On the other hand, the bar on women praying at mosques is relatively universal if not completely exclusionary in nature.

Sceptics have also pointed out that the court should have refrained from referring to the Sabarimala verdict as it is still undergoing review by a five-judge bench in response to several petitions in the wake of months of violence in the temple town.

Rahul Easwar, who was a vocal critic of the Sabarimala judgement, tweeted regarding the Muslim couple’s petition saying, “All these “Women Entry” is Humbug.. extreme agenda & ground setting for Uniform Civil Code.”

In the 55-page petition, Peerzade does refer to Article 44 in demanding the implementation of the Uniform Civil Code, whose raison d’etre is to eliminate discrepancies between the various personal laws in force in the country. The UCC, however, “remains an elusive Constitutional goal that the Courts have fairly refrained from enforcing through directions and the Legislature has dispassionately ignored except by way of paying some lip service,” the petition notes.

Like Easwar, many had opposed the September verdict on grounds that another Constitutional mechanism, Article 26, protected the right of Ayappa devotees to their own religious practices. The Article guarantees every religious denomination that right and affords some places of worship the character of public-private spaces, where some exclusionary rules can apply based on religious practices. In the case of Sabarimala temple, therefore, it meant that the Travancore Board has a right to run its own affairs.

“Who denied you entry? You tried to enter and were denied by virtue of an order or a law?”, asked Justice Bobde at the outset of the preliminary hearing; he is believed to succeed Ranjan Gogoi as the next Chief Justice later this year.

The Bobde bench on Tuesday exhumed new approaches to the idea of religious practices, as it should, with questions like: “Can the Fundamental Right to equality be assessed against another human being? Can you demand that a human-being treat you how he treats anybody else? Article 14 is for the State. Does that apply to an individual? Can you invoke 14 and demand equality of treatment by another individual? We can understand as for the State but … Is a mosque State? Is a temple State? Is a church State?”

The question of equal access to public spaces and public-private spaces is a tricky one when it comes to places of religious worship. The court has, in the past, lifted the ban on people entering public places on grounds of caste (like that on Dalits), but has never asked if public spaces act variably as the state. Therefore, it will now have to account for the separation of temple/mosque/church control and the state. If anything, this has its basis in ancient Greek philosophy.

The paper-thin validity of Article 26 aside, growth in the injection of judicial logic in (re)reading religious practices may be unprecedented and discomfiting for some. But in a country where religion can be deeply polarising, is an agent of politicking and perpetuating misogyny, a review of traditions and customs along rational lines is highly solicited and ought to be encouraged. Especially, if some of these traditions that have never been questioned before, seem to inherently offend historically marginalised sections among devotees.

The petition, therefore, should not act as a divide, but as a reminder of how the Legislature continually fails to ensure dignity and equality for women and Muslim women in particular.