India is considering deep sea mining to boost its economy: All you need to know

India is takes steps to engage in deep sea mining and unearth treasures from the sea to boost its economy. 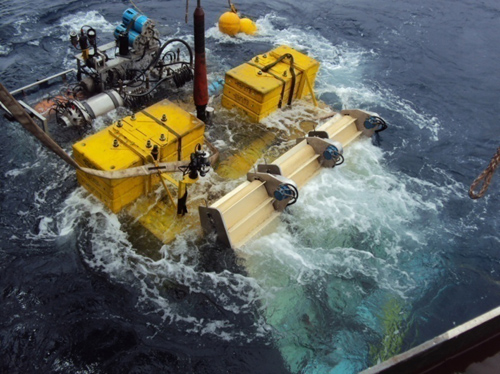 Deployment of a crawler for deep sea mining by NIOT. Credit: NIOT

India is takes steps to engage in deep sea mining and unearth treasures from the sea to boost its economy.

Over the next ten years, the Indian government plans to put in more than a billion dollars to develop and test deep-sea technologies, such as underwater crawling machines and human-piloted submarines, according to the ministry of earth sciences.

If these technologies bear fruit, the equipment will be able to reach ocean depths of up to 6 km (3.7 miles), where metals can be 15 times more concentrated than in land deposits.

The International Seabed Authority (ISA) is a UN body that oversees mining on the high seas. The ISA allows India to explore an area in the Indian Ocean that expands over 75,000 square kilometres (about 29,000 square miles), which is equal to roughly two per cent of the country’s size.

Furthermore, India has Exclusive Economic Zones (EEZ) of over 2.2 million sq km which lay unexplored and unutilised. EEZs are boundaries prescribed by the United Nations Convention on the Law of the Sea, which give special rights to a state regarding the exploration and use of marine resources.

Why is India undertaking such a mission?

As expanding technology and infrastructure fuel the global demand for these resources, a number of countries, including India and China, are eyeing the ocean. Countries also want to engage in deep sea mining since the supply for such resources is dwindling at onshore sites.

“We have to depend on ocean resources sooner or later … there is no other way,” said Gidugu Ananda Ramadass, chief of India’s deep sea mining project at the National Institute of Ocean Technology (NIOT), Chennai. “For the future of mankind … the ocean is the only hope,” he told the Thomson Reuters Foundation.

India, Asia’s third largest economy, is going full steam ahead as it anticipates that the ISA will give the green light for commercial exploitation.

India’s deep ocean exploration programme is more than two decades old. Since its inception, it has been surveying the sea floor and testing environmental impacts, according to the National Institute of Oceanography (NIO) in Goa.

It focuses on “polymetallic nodules” containing cobalt, copper, manganese, and nickel, in addition to small amounts of aluminium, iron, and rare metals such as molybdenum, tellurium, and titanium.

Under the Indian Deep Ocean Mission (DOM), the government plans to set up an offshore desalination plant along the Chennai coast. Additional plans include deep sea scientific experiments, fisheries, and development of a submersible vehicle that can go to a depth of at least 6,000 metres with three people on board.

The desalination plant will reportedly be located at least 40 kilometres away from the shore and would be used to convert seawater into drinking water.

As per reports in 2016, the ministry of earth sciences had tested and developed several new technologies aimed at exploration and mining ocean depths, including a manned submersible underwater vehicle.

The National Institute of Ocean Technology (NIOT) in Chennai, which comes under the ministry, reportedly worked on some of these technologies.

The NIOT was working on the design and development of new crawler-based mining equipment, which is capable of collecting and pumping nodules from depths up to 6,000 metres.

Scientists were also working on a flexible riser system for transporting nodules from the ocean floor to the mother ship.

Another report from 2012 stated that India was building a rare-earth mineral processing plant in the east coast state of Orissa. India also spent around $ 135 million to buy a new exploration ship and to retool another so that it could undertake deep-water exploration off its coast.

How will this help India?

Experts say that India is mostly interested in copper, nickel, and cobalt, as it plans to increase clean power generation. Cobalt, also produced in the Democratic Republic of Congo, is used to make batteries that can store energy from renewable sources, such as solar and wind.

“These metals are not widely available in India, so they have strategic importance,” said Ramadass, whose team is set to attempt mining at a depth of 5,500 metres by 2022, as per a Reuters report. India’s goal is to become self-reliant in the supply of these minerals, and it is “not in a race with anybody”, Ramadass added.

How will this impact the environment?

Experts, however, warn that in the absence of a clear international charter, deep sea mining operations could lead to irreversible damage to a little understood ecology.

Indian environmentalist Richard Mahapatra fears private players could cause harm to Earth’s “final frontier”, which he said has been explored only 0.0001 per cent.

The seabed is home to a unique ecology where colonies of organisms and creatures have evolved over millions of years. The seabed has been known to be free of wild currents, sunlight, vibrations, and noise, which mining would bring, said Mahapatra, the managing editor of the New Delhi-based science and environment magazine Down To Earth.