How the private sector is taking the lead on digital inclusion…

Connectivity is oxygen for opportunity 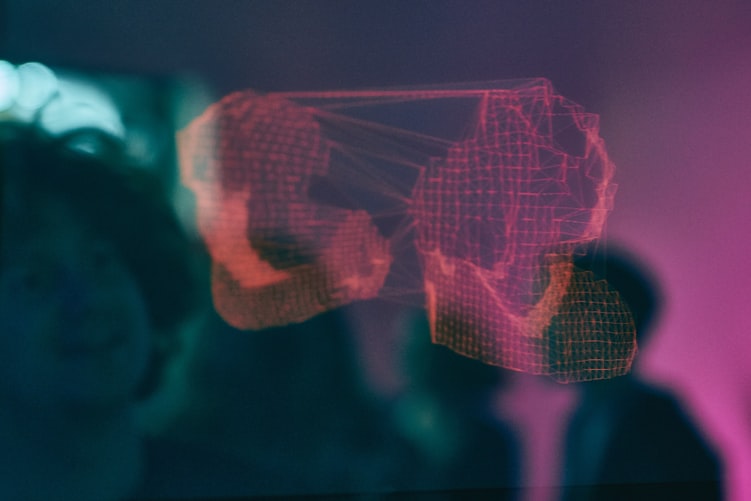 COVID-19 created an unprecedented accelerant for digitization. Leaders who viewed technology as a cost saver before the pandemic are now looking to digital technologies as an enabler for their entire business. A 2020 study by McKinsey showed that companies have accelerated the digitization of products, services and customer interactions by 20 percentage points, exceeding 50% for the first time ever.

The rise in tech adoption has benefited business productivity immensely, but it has also magnified challenges for communities without technology access. According to research from Broadband Now, 42 million Americans are without access to wireless broadband, including approximately 16 million K–12 public school students. The students most affected by this tech divide live in southern, rural states (40% to 50% of students in Alabama, Arkansas, Oklahoma and Mississippi) and are disproportionately Black, Latinx and Native American. These groups make up just 40% of the student population but represent about 55% of disconnected students.

With digital technologies now at the center of almost every business interaction, lack of access to technology often means limited access to basic needs and services. Black communities, in particular, already have fewer financial institutions, healthcare services and quality grocery stores in their neighborhoods. As these services and their supply chains move online, the fallout of digital exclusion creates an economic liability, and the socioeconomic issues increase in severity and complexity.

The Citi Global Perspectives & Solutions report, “Closing the Racial Inequality Gaps: The Economic Cost of Black Inequality in the U.S.,” estimates that if we closed the racial inequity gap today, we could add the equivalent of $5 trillion in GDP to the U.S. economy over the next five years. That’s the same amount as Japan’s GDP – the third largest economy in the world today.

Initiatives like the 2% Solution, which asks U.S. companies to invest 2% of their profits over the next 10 years into underserved communities, can help close the wealth and opportunity gap between Black and white households. Solutions like these serve as an economic catalyst to change the financial futures of all Americans.

With a lot to gain from digitization, the private sector can play an outsized role in realizing this vibrant economy and ensuring everyone has access to digital tools like broadband, software and technology. And many businesses are already working to increase network availability and affordability, remove barriers to digital literacy and support digital job creation in underserved communities.

Increasing the availability and affordability of the network

At $61.07, the average cost of broadband in the U.S. is the second highest among OECD countries and almost double that of many other high-income countries like Japan, Germany, Austria and South Korea. With the poverty threshold for a family of three in the U.S. standing at $21,960 per year, monthly internet costs are simply unaffordable.

In the U.S., the digital divide correlates with the racial equity divide – the six most inequitable communities in the country (Atlanta, Memphis, New Orleans, Birmingham, Houston and Charlotte) are also in the South. According to research from the Boston Consulting Group, if we began racial equity efforts, including digital inclusion, in those regions, we could reach and affect change for 50% of the Black population.

For example, BCG analysis shows that investing $20 million in Memphis would cover connectivity and technology devices for a year for 8,000 households. Similarly, investing $10 million for technology and connectivity hardware would support 20,000 students in Atlanta and Fulton County Schools, lowering the digital deficit by 70% in those districts.

The Biden administration recently announced its plans to invest $100 billion for broadband expansion through the American Jobs Plan infrastructure proposal, with the goals of giving all Americans access to reliable and affordable high-speed internet. This initiative is a massive undertaking and won’t happen overnight – in the meantime, the private sector is working to bridge the divide.

For example, Microsoft’s Airband Initiative has a goal of extending broadband access to over 3 million unserved people in rural America by July 2022. Similarly, Dell Technologies has joined forces with Comcast Internet Essentials program, to provide more than 2,500 free laptops to students, seniors, veterans and adults in need.

While pervasive and affordable service for all is the goal, chipping away at the problem – community by community and state by state – is something any company, and particularly technology companies, can contribute to.

Connectivity is oxygen for opportunity. The global pandemic laid bare the divide between those who are connected and the billions who are not.—Robert F. Smith

Even once the network is ubiquitous and affordable, digital literacy is not a given. Think about how difficult the basics of computing – setting up a router, accessing email or typing on a keyboard – can be for someone who hasn’t spent time online. For true digital inclusion to exist, we also need to prioritize services and computer training for underserved communities. Then, economic mobility becomes possible with access to software applications that can build digital skills.

With that in mind, improving the technology infrastructure at public schools, community colleges and historically Black Colleges and Universities (HBCUs) and creating a gateway toward digital jobs is critical. Additionally, recent Department of Education guidance requires all colleges and universities, including HBCUs, to fulfill cybersecurity requirements and protect personally identifiable information.

Failing to do so risks the potential loss of Title IV (needs-based) funding. The Student Freedom Initiative estimates that Title IV funding makes up more than 60% of the operational budget of HBCUs, and the loss of this funding could amount to as much as $100 million per year for a mid-sized school. Many HBCUs can neither afford compliance nor can they withstand the consequences of noncompliance, making tech modernization an imperative not just to student success but also to HBCU longevity.DIGITAL, COVID-19, EDISON ALLIANCE

The term “desert” is often used to describe communities which lack services – deserts are barren, their vegetation stays inert to survive. But communities aren’t inert – they are loud; they move and bustle. When they are prosperous, they thrive. When they are disconnected, they deteriorate.

We need to consider digital connection as so much more than placing a connected device into someone’s hands. For true prosperity, opportunity and inclusion – digital technology must catalyze the broader local economy, creating digital jobs and increasing business productivity. Beyond enabling the digitization of businesses, digital infrastructure can also serve as an economic driver in itself – creating jobs in local communities through a computer maintenance and servicing ecosystem.

Connectivity is oxygen for opportunity. The global pandemic laid bare the divide between those who are connected and the billions who are not. Just as we push for equitable access to clean air and water, we also need to scale up access to broadband, devices and digital literacy, which are onramps to education, healthcare, financial services and human empowerment. This will require investment and coordination across countries and sectors.

The private sector has answered the challenges of the digital divide with ambitious initiatives like the EDISON Alliance, which prioritizes digital inclusion to achieve the UN’s Sustainable Development Goals and the Business Roundtable Committee for Racial Equity and Justice, whose CEOs are identifying and actively supporting key policy changes that advance racial equity and close racial disparities. Through capital infusion, scalable plans and quick action – we can work in concert with public efforts to end the digital divide. Because only one thing is certain – the digital economy won’t wait for anyone to catch up.