How The Developing World’s Cities Have Been Hit

COVID-19 will hit the developing world’s cities hardest. Here’s why 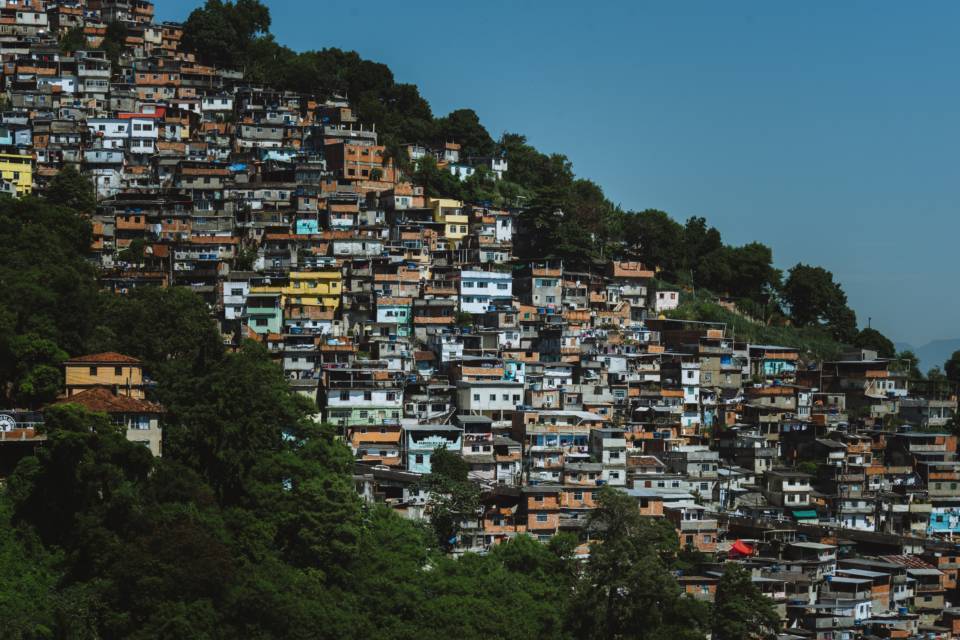 The COVID-19 pandemic has brought some of the world’s wealthiest global cities to their knees. In the current epicentre, New York, roughly one-fifth of all residents are infected and more than 20,000 have died. London has reported more than 55,000 cases and 6,000 fatalities. Yet the spread and impacts of the disease are an even greater threat to poorer cities and slums in developing countries.

Informal settlements like Orangi Town in Karachi, Payatas in Manila, Kibera in Nairobi, or Rocinha in Rio de Janeiro have witnessed a silent surge in infections. Without proper interventions, they could become urban morgues. Combined with heavy-handed lockdowns and rising food prices, steep rises in excess deaths and social unrest could follow.

Mega-slums are incubators of disease transmission. Although some cities in Latin America, Africa and South Asia have learned the lessons of past pandemics and have at least temporarily dodged the first wave of COVID-19, many others are exposed. The world’s poorest cities and their informal settlements aggregate risk factors that accelerate the spread of infection.

One such risk is extreme density. Informal settlements are typically 10 times more dense than similarly located formal areas of a given city. The Dharavi slum in the centre of Mumbai has more than 270,000 residents per square kilometre. This compares to around 43,000 people per square kilometre in Manila, the world’s densest city.

Even worse than density is severe overcrowding and uneven access to basic services. In many lower- and middle-income cities, the poor are crammed into substandard and poorly ventilated buildings, making disease easier to spread. Far too many lack access to clean water, basic sanitation and even regular electricity. They are often squeezed into packed buses to get to and from work. Insecure property rights ensure that the urban poor lack access to many basic public services or banking and credit facilities.

Because they have few savings, the world’s roughly 1 billion slum dwellers – both young and old – are forced to work to survive, despite the stay-at-home orders. Today, developing countries account for 70% of the planet’s population aged 60 or over. Many of them suffer from pre-existing health conditions including obesity, diabetes and hypertension as well as cholera, dengue, hepatitis, malaria, pneumonia, tuberculosis and HIV. Chronic health problems are aggravated by poor nutrition and constant exposure to pollution.

With Brazil en route to becoming the global epicentre of COVID-19, its favelas will suffer most. In Rio de Janeiro, where at least 1.6 million people live in around 1,000 informal settlements, over 70% of households have already experienced a decline in income since the outbreak. The city government is advising the population to stay at home and take health precautions, yet the poorest residents lack piped water with which to wash their hands. Hundreds of residents have tested positive, but the queue for ICU facilities is in the thousands. Deaths are rising, though these are still vastly under-reported.

The situation is equally complicated in Lagos, Africa’s largest city, which has just over 3,500 reported COVID-19 infections to-date. Roughly 60% of Lagotians are poor, many of them packed into the city’s 100 slums. Almost 70% of the city’s residents depend on informal jobs – as street vendors, waste recyclers and artisans, for example – with no safety nets. Local buses run well beyond capacity, cramming 80 into spaces reserved for less than 20.

A similar scenario is playing out in Dhaka, Bangladesh’s capital, which has recorded more than 4,000 registered infections. There, at least 90% of the population relies on the informal economy. But Dhaka has less than 100 public ICU beds for a population of more than 8.5 million. Due to weak vital registration data, no one knows the real death toll of COVID-19.

Governments in some developing countries are responding to the spread of disease in slums as they often do – with top-down measures and a heavy fist. In city after city, lockdowns and curfews are imposed without regard to the impossibility of adhering to basic physical distancing. Where they are provided at all, food handouts are insufficient to meet local demand. In Kibera, the distribution of relief assistance has triggered riots and police violence.

And in Rocinha, residents are fending for themselves. Informal settlements have essentially been abandoned by political elites, and local residents tend to rely on residential associations and self-help groups instead. Not surprisingly, cartels, gangs and mafia groups are stepping in to provide services and exploit the poor. Around the world, criminal groups that are already substituting for the state are further eroding the limited trust locals have in their public authorities.

Aggressively enforced quarantines are making a difficult situation much worse. This is because repressive containment could exacerbate social tensions, unleashing pent-up grievances and potentially violence. The suspicion with which locals view the political elite and public authorities helps explain the emergence of alternate systems of power and influence – including criminal groups. Managing these complexities is central to effective detection, treatment, isolation and, eventually, recovery from the disease.

Lockdowns are only feasible when they are tailored to local realities. The reason is obvious: informal workers simply cannot afford the luxury of staying at home or giving up work. Given the array of deprivations facing the 60% of the world’s labour force that works in the informal economy, the notion of “shelter-in-place” is preposterous.

National governments must prioritize the delivery of water, food and sanitation to vulnerable populations, and support solid waste collection. Relief efforts should involve cash transfers to the poorest households and city officials should impose moratoriums on evictions. An early priority for local governments should also be to bolster primary healthcare systems and to train and deploy community health workers as they have in cities throughout Sierra Leone, Uganda and Vietnam.

All of this requires working directly with local organizations and coalitions that can help scale these interventions where they are most needed. Groups like UN-Habitat and Slum Dwellers International are playing a key role in galvanizing grassroots networks around the world. Global pandemics require global responses, and international organizations, philanthropy, city networks, and private businesses must all do their part. Ultimately, control of this pandemic crisis and the next one depends on what happens in the world’s slums. Many of them are showing remarkable resilience, but too many are being neglected.

The COVID-19 pandemic has been traumatic in advanced cities with hundreds of thousands of lives lost. It is likely to be much worse in the mega-cities and slums of the developing world, many of which are forming the new frontline.

The views expressed in this article are those of the author alone and not the World Economic Forum.