How Paris shaped artistic giants like Van Gogh and Mondrian

During the first century of modern art, Paris was a magnet for ambitious artists from all over Europe. 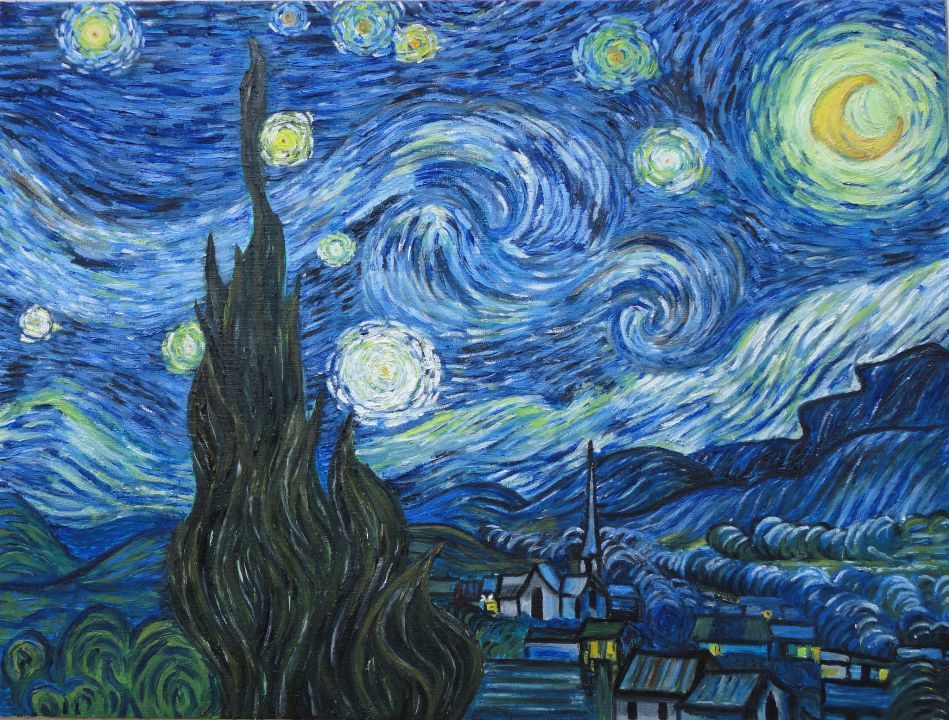 It was not until 1886, when he traveled from Antwerp to Paris, that the 33-year-old van Gogh discovered modern art. Credit: Flickr Commons

During the first century of modern art, Paris was a magnet for ambitious artists from all over Europe. Remarkably, the current exhibition at Paris’s Petit Palais tells us that “Between 1789 and 1914, over a thousand Dutch artists traveled to France.” Prominent among these were Ary Scheffer, Johan Jongkind, Jacob Maris, and Kees van Dongen. But, of course, the most prominent artists were Vincent van Gogh, and Piet Mondrian.

It was not until 1886, when he traveled from Antwerp to Paris, that the 33-year-old van Gogh discovered modern art: thus he reported from Paris that “In Antwerp I did not even know what the Impressionists were.” But, once in Paris, he quickly absorbed the brighter palette and freer touch of impressionism, as well as the colour theories, pointillism of Neo-Impressionism, and peinture a l’essence—a technique he learned from Toulouse-Lautrec. Van Gogh didn’t simply experiment with these new techniques, he mastered them, and within barely two years in Paris, he used them to produce successful paintings.

Mondrian moved to Paris in 1912, at the age of 40, and living there allowed him to study the foundations of Cubism. He was inspired but, not satisfied, for he believed that Picasso and Braque had not fully developed their research. He began by applying a form of Cubism to the landscapes he had painted in Holland. But, slowly and gradually his style evolved beyond this, and unlike the Cubists, he came to eliminate all traces of visible reality from his art.

Mondrian prized his independence. He admired Picasso, but, refused ever to meet him, fearing he would be dominated by the Spaniard’s strong personality. He studied all of Paris’s modern movements, and late in his life he wrote that “I admired them. But nonetheless I had to find the path myself.” He would develop his art gradually and independently for three decades, and it never ceased to evolve, until his death in 1944.

The contrast in the speed with which van Gogh and Mondrian reacted to Paris’s advanced art, stems from their radically differing approaches. Van Gogh was a conceptual innovator, who had always privileged conception over execution. In effect, he already knew what he wanted to express, so he could rapidly determine which parts of the modern vocabulary would allow him to do this most effectively. In contrast, Mondrian was an experimental innovator, who was uncertain of his goals, as well as his technique. So, he could only progress slowly and tentatively, as he discovered his artistic aims visually, in the act of working.

Across the street, the Grand Palais celebrates the impact of Paris on another artistic hare. Frantisek Kupka arrived in Paris in 1896, at the age of 25, after studying art in Prague and Vienna. He was interested in symbolist concepts, but, his art was very conservative in form. In Paris, he discovered the colours of modern art, and in rapid succession, experimented with the novel forms of Fauvism, Cubism, and Futurism. Very quickly he began to create a new and distinctive art of his own, blending his love of colour with a pure geometry that broke with representation altogether.

By 1912, he had plunged into a radical abstraction that synthesised elements drawn from all the advanced artistic movements of the time. He imagined his colourful geometric forms floating in an outer space of his own creation. Kupka had friends in all of Paris’s groups, and he exhibited with the Cubists and Futurists. But, he was not a member of any movement. He was a classic example of a conceptual innovator, who quickly and decisively combined previously unrelated elements to make a beautiful, new art that was distinctively his own.

Van Gogh and Mondrian were giants—one inspired generations of 20th-century Expressionists, the other was followed by generations of artistic rationalists, in architecture, as much as in painting. Kupka’s impact was much less, but, the comparison is a stringent one, for few can have as great an influence as van Gogh and Mondrian. We are fortunate in being able to see the careers of all three, and to marvel at the enormous effect that Paris had on advanced art, and Western culture, for the first century of modern art.

David Galenson is a professor at the University of Chicago.