The Indian government and public-private partnerships are developing and disseminating a dizzying number of innovative, networked solutions, under the Digital India initiative. 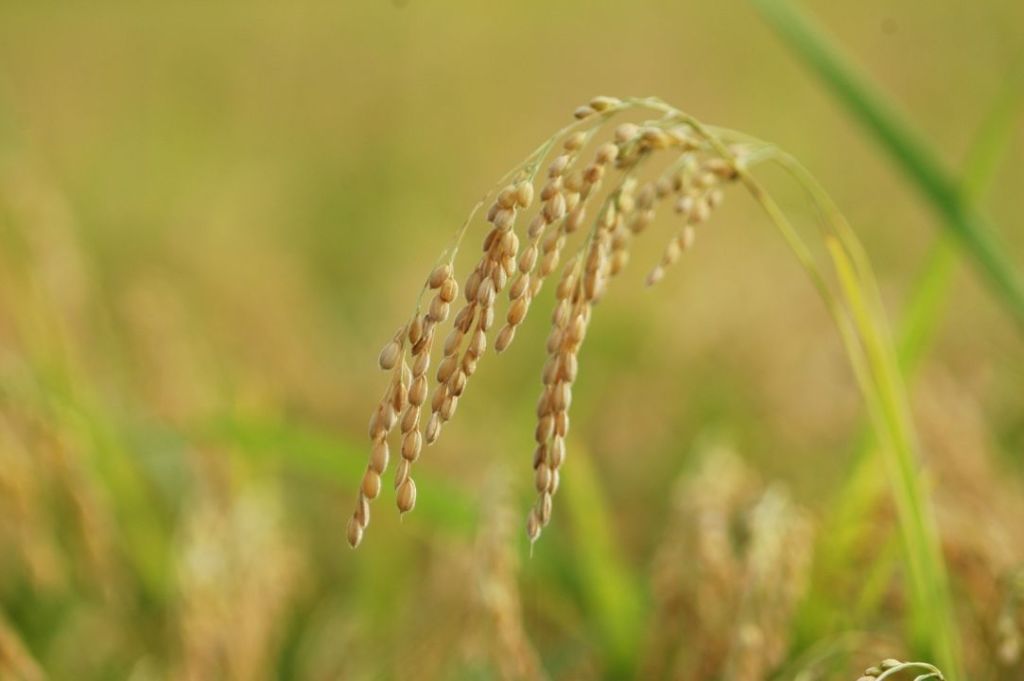 Lele and Goswami discuss the potential of new technologies in raising farm productivity, and the challenges involved in turning the power of information and other technologies into a farmer-friendly technological revolution.

The Indian government and public-private partnerships are developing and disseminating a dizzying number of innovative, networked solutions, under the Digital India initiative, to increase safety nets and worker productivity. Yet, there are considerable challenges in turning the power of information and other technologies into a farmer-friendly technological revolution for India’s 156 million rural households.
These challenges include: (1) generating reliable, up-to-date, location-specific message content for a diverse agricultural sector to help stratified households shift to productive, knowledge-intensive agriculture as a business − government, private sector, and civil society have big roles to play; (2) spreading digital literacy, by teaching farmers how to choose and use apps, which are, or soon to be, available in regional languages; and (3) monitoring actual use and impact of interventions on users’ lives by understanding adoption and adaptation processes. All of these call for bottom-up, complementary investments in physical, human, and institutional capital, and farmer-friendly e-platforms, while forging ahead with many top-down policy and institutional reforms, for which progress is real and constraints holding back greater success better understood.

The McKinsey Global Institute (2014) identified 12 empowering technologies, in three categories, which could create both economic and social value, to help achieve India’s goals of rapid economic growth, greater social inclusion, and better governance: technologies that ‘digitise’ life and work (mobile Internet, cloud technology, automation of knowledge work, digital payments, verifiable digital identity); smart physical systems (Internet of Things, intelligent transportation and distribution, advanced geographic information systems (GIS), next-generation genomics); and technologies for rethinking energy (advanced oil and gas exploration and recovery, renewable energy, advanced energy storage). Analysing selected sets of applications of these technologies across seven sectors (financial services, education, healthcare, agriculture, energy, infrastructure, and government services) the report estimated their economic impact in 2025 to be US$250-500 billion, or about 45% of the total impact. The projected potential impacts of the 12 technologies by 2025 are about US$1 trillion, or 20-30% of India’s incremental GDP (gross domestic product) from 2012 until 2025, in addition to other benefits in the form of financial inclusion, healthcare, education, yield improvement, and farm and off-farm employment.

Subsidies keep incomes from sagging and agricultural subsidies have been growing in India, but the real need is for direct application of digital and other technologies to increase farm productivity and address the increasingly visible climate change impacts. Remote sensing (via satellites), GIS, crop and soil health monitoring, and technologies for livestock and farm management are commonplace. Indeed, the fourth industrial revolution is opening possibilities for technological change in a wide range of areas, inconceivable a decade ago.
Digital technology can guide crop and input selection, facilitate credit and insurance, and provide weather advisories and disease- and pest-related assistance, and real-time data on domestic and export markets. Competitive markets and demand for consistent food quality make adoption of tech-based solutions necessary for the Indian farmer. Yet, much of the scope for application and innovation remains unexploited.
ICTs (information and communication technologies) and apps aimed at empowerment, enablement, and market expansion, are becoming ubiquitous. E-choupal exemplifies an efficient supply chain system, empowering farmers with timely and relevant information to enable better returns for their produce. With a community-centric approach, it also provides farm insurance and farm management practice. The Prime Minister emphasised that e-governance can create transparency and improve governance, by IT-enabling citizens and arming them with information.
Agricultural conservation principles of minimal soil disturbance, permanent soil cover, and crop rotation, widely practiced around the world, cover only 1.5 million hectares of about 155 million hectares under cultivation. With about 75 million hectares cultivated with rice and wheat, the challenges of scaling up are huge. Vigorously enforced soil testing, using computerised networked testing devices, with effective extension, can help.

Growth in rural electrification and subsidies is leading to unsustainable water usage. Rapid decentralised growth of solar energy is making water exploitation easier, contributing to unsustainable water use. To manage demand, Government of India is investing in mapping aquifers using modern technology, quantifying the relationship between rainfall and groundwater levels under alternative modes of irrigation and farming, which should enable prioritisation of prospective water and irrigation investments. Nevertheless, Perry and Steduto (2017) argue that promotion of micro-irrigation, without first establishing strict water accounting and water usage limits, can increase consumption per hectare (explaining yield increases), further increasing consumption of extra-irrigated areas, and reducing return flows to the environment/aquifer. Thus, immediate production gains come at the expense of environmental sustainability. Indian aquifers are overexploited, and many rivers are no longer perennial. New technologies can help measure and monitor stricter usage controls, since milder participatory approaches have been unsuccessful. Collaboration between ICRISAT (International Crops Research Institute for the Semi-Arid Tropics) and Microsoft cloud technologies shows, on a pilot scale, how precision agriculture uses state-of-the-art technologies to avoid wasting water and other inputs (Wani et al. 2016).

Since 1960, the increasing trend in weather extremes is well documented in northwest India, the country’s breadbasket: (Aggarwal 2016) − droughts, short-term floods, heat events, multiple weather-related risks in the same season, and declining and more variable rainfalls. Analysis of actual, potential, and attainable levels of wheat and rice yields during 2004-2010 show how much higher these yields could have been if all required inputs were available. A better delivery system is needed, but also greater investment in research to develop multi-resistant crops. China’s investment in agricultural research is a larger share of agricultural GDP; the share is declining in India. Boldly, China recently acquired Syngenta, one of the big-five private research companies, for US$40 billion. India was bypassed in genomics by refusing to approve technologies developed by its own nationals, exemplified by Bt Brinjal, Bt mustard, and Bt Jowar. These crops do not involve the usual multinational monopoly argument typically advanced against GM (genetically-modified) crops. Rather, these are grown by poor farmers; enable increased resistance to extreme climate; and minimise adverse environmental consequences of harmful pesticides. Not surprisingly, global R&D activity is shifting toward East Asia, which is becoming a major technology hub (McKinsey Global Institute, 2014).

Five of the top 20 Internet companies are located in China; the largest Chinese e-commerce company, Alibaba, has 25 times the market capitalisation of Flipkart, India’s largest e- commerce company; fewer than two of five Indian businesses have online presence while almost two-thirds of Chinese firms do. Seth and Ganguly (2017) report an estimated 34 private investment ventures in India are receiving US$295 million, compared to US$427 million in China. China had 665 million Internet users in 2014; India had 227 million, partly due to higher Internet costs and smaller physical coverage. Additionally, Basu (2016) identified two major constraints: lower access to physical capital and human capability. Around 25% of India’s adult population cannot read or write, compared to less than 5% in China. In rural India, 10% of children aged 16 and below cannot identify single-digit numbers consistently; fewer than one in five can compute a subtraction, performing considerably below their grade level. India also needs to bridge the gender divide, investing in rural women’s education and training, using new information technology. The country was ranked 108 out of 144 in the November 2017 global gender gap report of the World Economic Forum (WEF). Last year, it ranked 87. The Swaminathan Foundation has trained rural women to use computers and function as editors of local newspapers (Lele and Gandhi 2009). Without such approaches at scale, Basu concluded, India’s challenge to becoming a digital economy remains formidable.

Need of the hour

Given the magnitude of the challenges, coherent, climate-smart, integrated, national- and state-level agricultural policy and strategy frameworks are needed, beyond the mission mode, as recommended by NABARD (National Bank for Agriculture and Rural Development) and ICRISAT (NABARD, 2016). Not only is there underinvestment in research, but reformed extension systems, such as the Agricultural Technology Management Agency (ATMA) and the Krishi Vigyan Kendras (KVKs, or farmers’ learning centres) have had limited impacts, even with new responsibilities such as soil testing. Digital Green, an IT-based social organisation oriented toward NGOs, has shown the way for increasing the relevance and effectiveness of the existing extension systems’ messages, using community (particularly women) participation, videos, and other forms of communication with 1.2 million farmers (Digital Green, 2013, Gandhi 2017). One hundred Digital Greens are needed to reach all households, but the capacity of public extension systems is a real constraint to scaling up (Rikin Gandhi, personal communication, 27 June 2017).

New technologies can spur growth, equity, and sustainability, but are not substitutes for human and institutional development. The vast network of panchayats 1 and FPSs (Fair Price Shops) should be tapped to undertake awareness and outreach activities in order to achieve productivity, nutrition, and health benefits. Insufficient connectivity in rural areas, high costs for services, and lack of basic computer knowledge and literacy hinder rapid development of e-agriculture. Substantial investment is needed in physical infrastructure, power, broadband, and transportation. Due to low literacy rates among farmers and the digital divide, new middlemen have emerged to provide ICT services to farmers. India needs much larger investments, particularly, in poorer regions, and in its poorest people. Farmers’ social media platforms are needed, say, ‘Agri-Google’, ‘Krishi Facebook’, and ‘Krishi-LinkedIn’ −something to which they can relate. Digital Green and its likes may be charting the way.

This article is based on a paper titled “The fourth industrial revolution, agricultural and rural innovation, and implications for public policy and investments: A case of India” by the authors published in Agricultural Economics, November 2017 issue.

1. A gram panchayat is the cornerstone of a local self-government organisation in India of the Panchayati Raj system at the village or small-town level and has a sarpanch as its elected head.

The article was originally published in Ideas For India.

Sambuddha Goswami is a Research Associate on Uma Lele’s team of researchers.