How China Is Weaponizing Water

China’s unprecedented dam-building program is destroying the environment and enabling it to subdue its neighbors. 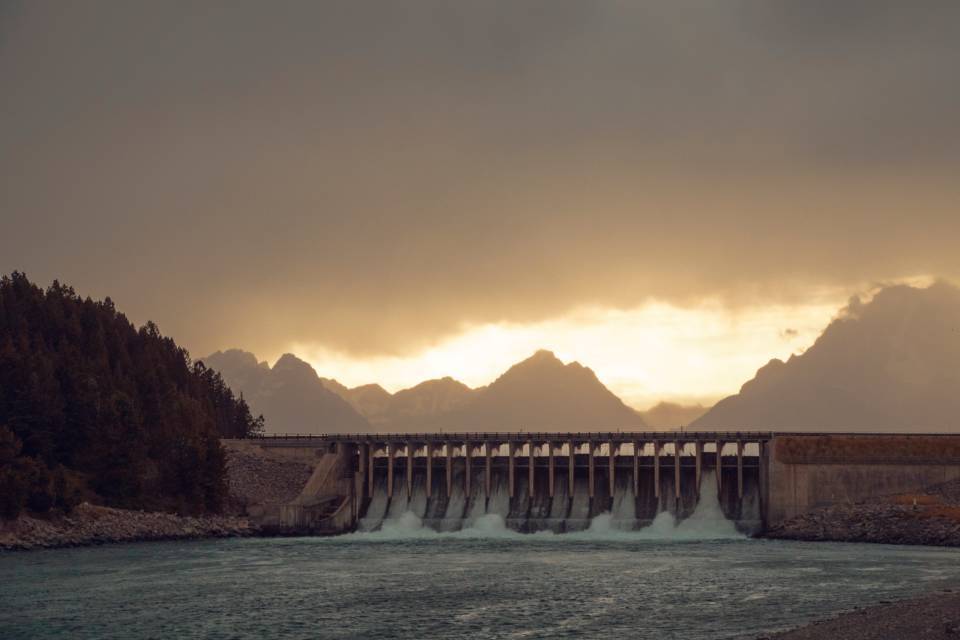 Many centuries ago, the great Chinese philosopher Sun Tzu observed: “The nature of water is such that it avoids heights and hastens to the lowlands. When a dam is broken, the water cascades with irresistible force. Now the shape of an army resembles water. Take advantage of the enemy’s unpreparedness; attack him when he does not expect it; avoid his strength and strike his emptiness, and like water, none can oppose you.”

Modern China seems to have learned the ancient master’s lesson well. It has unleashed water wars on Laos, Cambodia, Vietnam and Thailand. Even as China’s neighbors deal with COVID-19, the disease caused by the new coronavirus, they are experiencing their worst drought in living memory.

The mighty Mekong River has its origin in the Tibetan Plateau and flows through China into Myanmar, Laos, Cambodia, Vietnam and Thailand. It carries precious silt, making the lower Mekong basin incredibly fertile and the rice bowl of Southeast Asia. The river provides sustenance to approximately 60 million people living in its lower basin. It is also amongst the most bio-diverse rivers in the world teeming with fish, birds and wildlife.

The Story of a Drought

In 2019, Mekong started to dry up. Monsoons failed to arrive till May thanks to the El Nino phenomenon that delayed rains until July. The drought caused water levels to drop to their lowest levels in more than 100 years. Although the Mekong Delta had a bumper crop, the drought demonstrates the specter of water scarcity in this fertile region is very real and tangible.

The drought may not have affected the rice harvest, but it decimated Thailand’s sugar production. Like Brazil and India, Thailand grows a lot of sugarcane. The drought decimated this crop. As a result, Thailand, the world’s second-largest exporter after Brazil, produced only 9.55 million tons this year in contrast to the previous year’s 14.57 million tons.

In addition to droughts, the Mekong Delta is facing an acute saline intrusion crisis. Ten of Vietnam’s 13 provinces are affected and five of them have declared an emergency. This crisis could mean lower rice and fruit production for the region, threatening its food security.Embed from Getty Images

Today, the Mekong Delta faces acute danger. For years, experts have warned that “dam building, overfishing, and sand mining” threaten the Mekong. While all countries have built dams on the river, China has constructed 11 of them. During times of extreme drought, its dams hold back huge quantities of water, exacerbating the situation downstream.

The Mekong River Commission (MRC) is the only inter-governmental body supposed “to jointly manage the shared water resources and the sustainable development of the Mekong River.” But it does not include China, which controls the headwaters. It often finds itself at the mercy of the Middle Kingdom.

Although Chinese Foreign Minister Wang Yi claimed that his country suffered from arid conditions, it turns out that China limited the Mekong’s flow, worsening the drought. Later, its sudden releases of vast amounts of water caused flooding and suffering.

Two questions arise from China’s behavior. First, if countries in the Mekong Delta are suffering, then why don’t they object? Second, why does the MRC not hold China to account?

The answer to the first question is simple: China has economic and military muscle. Other countries need Chinese investment. They are dependent on trade with the Middle Kingdom. Furthermore, through the Belt and Road Initiative (BRI) China has poured huge sums of money into Southeast Asian countries. Its military might is increasing inexorably. It is also building artificial islands in the South China Sea. So, its charm and menacing policy work quite effectively.

The second question is answered simply too. China is not a member of the MRC. It is a dialogue partner and, therefore, not bound by its rules. It can construct a dam upstream without the MRC’s permission. China has also set up a body called Lancang-Mekong Cooperation to undercut the MRC. The five Mekong Delta countries have duly signed up to be members. Clearly, China has added diplomatic heft to its economic and military muscle.

Since China’s conquest of Tibet, it controls the headwaters of some of the largest rivers flowing through South and Southeast Asia. Over the years, China has built “hydroelectric dams on a scale unprecedented in human history.” In an article published on Yale Environment 360 in 2013, Charlton Lewis, a noted China scholar, observed that “these massive dam projects [were] wreaking havoc on river systems across China and Southeast Asia.”

Five years ago, the spectacular Three Gorges Dam had been completed, stretching for a mile-and-a-half across the Yangtze. It was part of an ambitious project to build 130 dams in Southwest China alone. By 2013, the country already had about 22,000 dams more than 15 meters tall.

It is now well known that dams “block the flow of rivers, increase the chances of earthquakes, destroy precious environments and shatter the lives of millions of people.” They exacerbate both droughts and floods. They decimate river ecosystems, “turning free-flowing waterways into lifeless lakes, killing plants and trees, blocking fish migration and breeding, driving species to extinction, and devastating established patterns of human life.”

China’s dams may be terrible for the environment, but they make for a good geopolitical tool. They allow the Middle Kingdom to bully countries who lie downstream. Without water, they could literally die of thirst and have little choice but to kowtow to Beijing.

In addition to the Mekong, China has built dams on the Yarlung Tsangpo, Tibet’s longest river. This river first flows east and then dramatically cuts south through the Himalayas to flow west as the Brahmaputra in India. This mighty river merges with the Ganges to form the world’s largest delta, comprising Bangladesh and the Indian state of West Bengal. These dams form a threat to both India and Bangladesh.Embed from Getty Images

China has already shown what it can do. In 2017, the armies of China and India stood eyeball to eyeball at Doklam for 72 days. That year, China refused to share hydrological data of the Brahmaputra with India, violating its treaty obligations. This was punishment for Doklam and presumably for not signing up for BRI.

In 2017, the Siang, a tributary of the Brahmaputra, turned black for the first time in history. It was widely reported that the Chinese government was building a tunnel to divert water from the Yarlung Tsangpo to the parched Taklamakan desert area in the province of Xinjiang. China claimed the water had turned black because of an earthquake in Tibet.

The Brahmaputra is in great danger. In 2013, China launched a project to build six dams on the Lhasa River, one of its tributaries. The project will convert the river into a series of artificial lakes. This would cause catastrophic damage to Tibet’s environment and diminish water for downstream countries.

As in 2017, China could use water as a weapon again. It could refuse to release water when India needs it, exacerbating droughts. It could open the floodgates during rainy seasons and cause horrendous floods. The COVID-19 pandemic reveals that China is not a country that shares information or respects international norms. Its dams are geopolitical weapons that give China an edge against its neighbors. Of them, India has the most to fear. As per Sun Tzu’s advice, the water-breathing dragon could use its dams to subdue its southern neighbor without fighting.