In its annual report, the Global Challenges Foundation listed the global risks that could threaten humanity in the future. 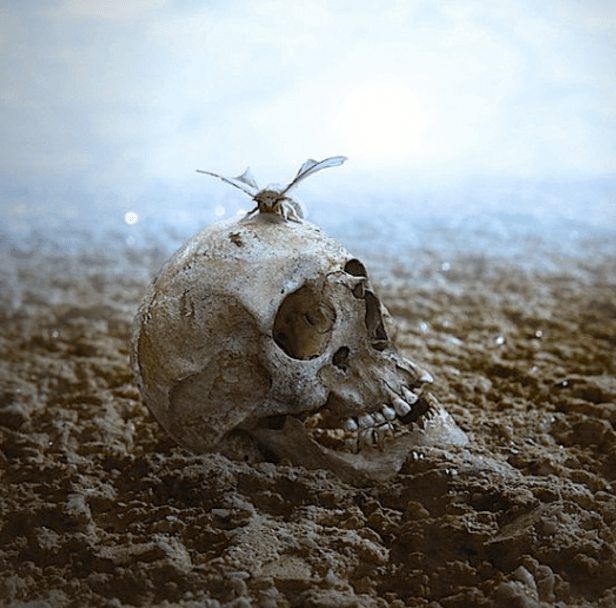 In its annual report, the Global Challenges Foundation listed the global risks that could threaten humanity in the future. Undertaking a scientific analysis of risk, the foundation brings together the brightest minds from academia, politics, business, and civil society to come up with transformative approaches to secure a better future for humankind.

What are global catastrophic risks

Understanding global catastrophic risks is critical since many of the risks are linked and often reinforce each other. In that regard, the current report is important in the broader mission of the Global Challenges Foundation.

In the absence of any knowledge of these threats, we cannot begin devising models that could help us manage, reduce, and preferably eliminate the greatest threats to humanity more rapidly, effectively, and equitably.

Here’s a list of major global risks that could threaten humanity’s survival over the next 50 years.

Nuclear weapons could kill thousands of people upon impact, and their lingering effects could lead to unimaginable harm.

Kennette Benedict, a Bulletin of Atomic Scientists senior adviser, and Nobuyasu Abe, the commissioner of Japan’s Atomic Energy Commission, wrote in the global risk report that nuclear explosions could trigger a “nuclear winter,” where substantial amount of dust and sulfates could block the Sun and cool the Earth for several years.

#2: Technology is making it easier to weaponise pathogens

Nuclear weapons are expensive to make since they are made up of rare materials, but biological and chemical weapons can be developed at a cheaper rate.

Angela Kane, a senior fellow at the Vienna Center for Disarmament and Non-Proliferation, wrote in the report that the use of biological weapons could lead to global catastrophes if a pathogen leads to a pandemic. Toxic chemicals can be said to be less deadly, but they can still contaminate a large area if they are dissolved in water supplies.

Leena Srivastava, the vice chancellor of TERI University, New Delhi, wrote that despite the forging of the Paris climate deal, there exists a 90% chance that global temperature increases will exceed 2 degrees Celsius this century.

Srivastava further noted that there is a 33% chance that the rise in temperature could extend beyond 3 degrees in the 21st century. Unfortunately, the world seems ill-equipped to prevent this from happening.

Plague epidemics have been known to kill roughly 15% of the world’s population twice before. Although diseases like smallpox have been eradicated and polio has been almost eliminated, there is widespread concern that a new disease could cause a large outbreak.

David Heymann, head of Chatham House’s Center on Global Health Security, noted that dense urbanization has made it even more difficult to restrict infections.

#5: Asteroids, like the one that wiped out the dinosaurs

An asteroid is believed to have caused one of the three largest mass extinctions in history after it struck Mexico about 65 million years ago, leading to the end of dinosaurs.

Tim Spahr, the CEO of NEO Sciences, wrote in the report that an asteroid big enough to produce a worldwide catastrophe could hit the Earth every 120,000 years.

According to Sparks, supervolcanic eruption would kill many people in the surrounding area and destroy agricultural activity. Furthermore, sulphate and ash would reduce the amount of solar energy reaching the Earth, which would harm the environment.

Many scientists concur that artificial intelligence on par with human brains could be the next big thing, and machines smarter than us could follow.

In the report, five members of the Future of Life Institute wrote that artificial intelligence can be designed to destroy lives. Though the machines can be programmed to do good, they could achieve these goals in harmful ways as well.

Other risks that we are blind to

According to the report, humans have constantly failed to predict new catastrophes around the world. Few people could have predicted the explosion of the first nuclear bomb before it happened. Climate change was unheard of prior to the United Nations being formed in 1945.

Roey Tzezana, a researcher at Blavatnik Interdisciplinary Cyber Research Center in Israel, wrote in the report that economic and scientific development is leading to even more new risks that have not yet been predicted.