Could these grey pouches be the answer to smartphone addiction?

The addiction to smartphones has led one entrepreneur, Graham Dugoni, to found Yondr, whose grey fabric pouches have been described as “a prison for your phone”. 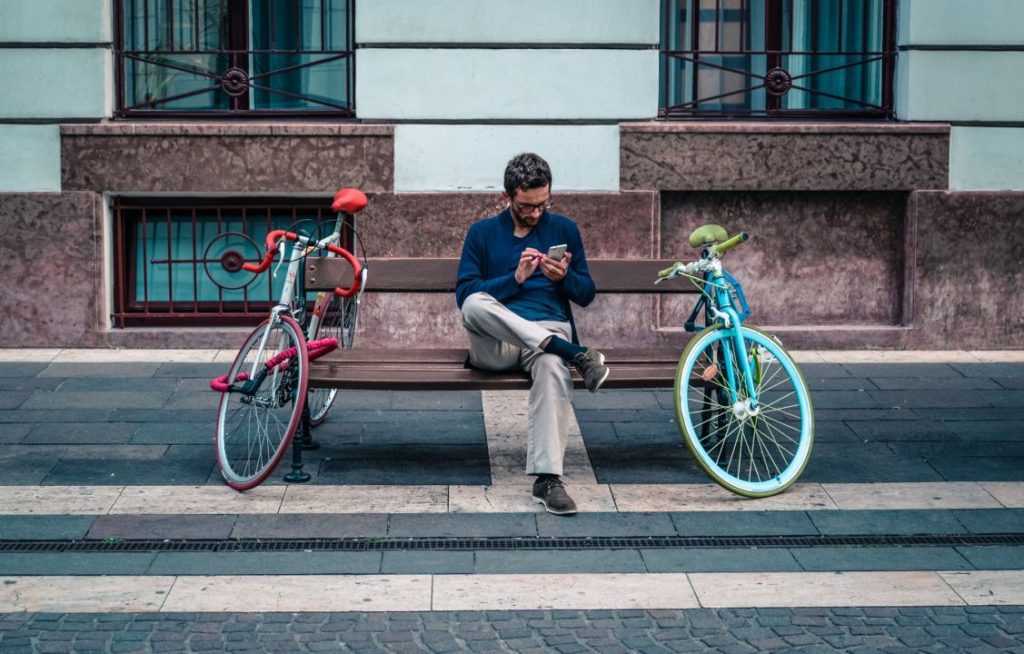 There are more than 2.5 billion smartphone users in the world, and that number is expected to climb to almost three billion in the next two years, research from Statista shows.

Many of us struggle to go more than a few minutes without looking at our mobile devices – the average user checks their phone 85 times a day. Indeed, a study conducted by the Pew Research Center reveals 46% of Americans say they cannot live without their smartphones.

This addiction to smartphones led one entrepreneur, Graham Dugoni, to found Yondr, whose grey fabric pouches have been described as “a prison for your phone”.

According to Yondr, its locking pouches are designed to create phone-free spaces for artists, educators, organizations and individuals. You put your smartphone inside the pouch, which can only be unlocked at a designated point – for instance at the Yondr stand in the lobby area of a concert or comedy show.

Speaking to The Guardian newspaper, Dugoni said: “If you haven’t been to a phone-free show, you just don’t know what you’re missing. There is something about living in real life that can’t be replicated.”

Using a Yondr pouch doesn’t mean you are without your smartphone, however. Users hold onto the pouch but their phones are inaccessible.

This is helping students concentrate, get better grades and actually talk to their friends instead of texting them. That is according to a report in the Washington Post in February, which says Dugoni’s invention is now used in over 600 schools in the United States.

Principal Allison Silvestri, whose school uses Yondr pouches, told the newspaper: “The campus is really loud now. Students are interacting, talking to each other, reading, kicking a ball, socializing – because they’re not standing in a circle texting each other.”

The French Government has gone a step further, announcing last year that it would ban the use of phones in every primary, junior, and middle school from September this year.

This move, and innovations like Dugoni’s grey pouch and apps that track how much time we spend on our phones, are an indicator of the level of concern over smartphone overuse. And no wonder, with studies showing it can impact our mental health.

Last year a group of researchers from Seoul’s Korea University carried out a study which found addiction to smartphones might cause a chemical imbalance in the brain.

As part of the study, 19 teenagers diagnosed with smartphone addiction were compared with ‘healthy’ control subjects of the same gender and asked to complete various tests to determine how severe their addiction was.

The teenagers who were addicted to their smartphones and the internet, were found to have higher scores for tests that tracked depression, anxiety, the severity of insomnia, and impulsiveness.

Meanwhile in January, two of Apple’s largest investors, Jana Partners and the California State Teachers’ Retirement System, called on the tech giant to limit the amount of time children could spend on its smartphones.

In a widely-reported statement, Apple responded, saying it “always looked out for kids”.

Apple said: “We lead the industry by offering intuitive parental controls built right into the operating system … Effectively anything a child could download or access online can be easily blocked or restricted by a parent.”