A group of glaciers spanning one-eighth of East Antarctica’s coast have begun to lose ice over the past decade, indicating that the Earth could experience widespread changes in its oceans, a NASA study has found. 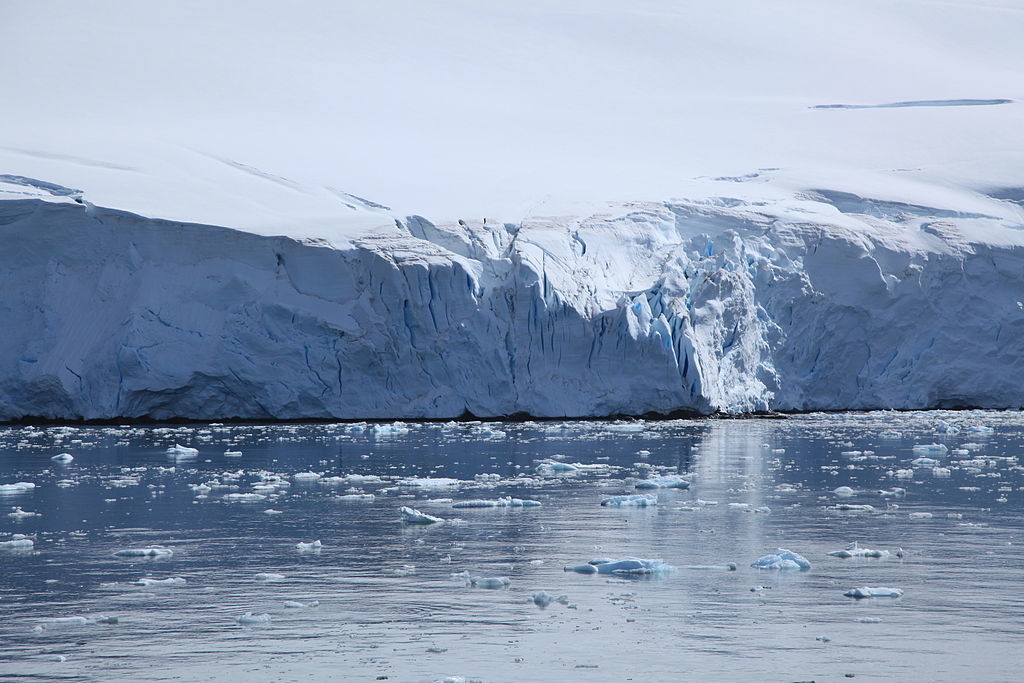 Warming ocean waters are the reason why glaciers in Antarctica are retreating. Credit: Wikimedia Commons

A group of glaciers spanning one-eighth of East Antarctica’s coast have begun to lose ice over the past decade, indicating that the Earth could experience widespread changes in its oceans, a NASA study has found.

Freezing temperatures meant that the East Antarctica region was until recently considered largely stable, but NASA’s study suggests that the area is being affected by climate change.

In recent years, researchers have warned that Totten Glacier, a huge glacier that contains enough ice to raise sea levels by at least three metres, appears to be melting due to warming ocean waters.

To the east of Totten, in Vincennes Bay, the height of the glaciers has reduced by about three metres in total since 2008 – before which no loss had been recorded. To the west of Totten, in Wilkes Land, the rate of height loss has doubled in rate since 2009, with glaciers losing height by about two and a half metres till date.

Alex Gardner, a glaciologist at NASA’s jet propulsion laboratory in Pasadena, California, said, “The change doesn’t seem random, it looks systematic. That hints at underlying ocean influences that have been incredibly strong in West Antarctica. Now we might be finding clear links of the ocean starting to influence East Antarctica,” the Guardian reported.

East Antarctica remains an extremely remote and relatively less studied region. What happens to the glaciers will depend on how much they are exposed to warmer water, and that depends on the shape of the land beneath them and the sea bed ahead of them.

“Heightened attention needs to be given to these glaciers,” Gardner told the Guardian. “We need to better map the topography and the bathymetry. Only then can we be more conclusive in determining whether these glaciers will enter a phase of rapid retreat or stabilise.”

The discovery could indicate a much higher sea level rise than anticipated, said Chris Fogwill, a professor at Keele University in England, who was not part of the NASA study.

“The finding has very serious repercussions for climate change and particularly sea-level rise. It has the potential to mean that our sea-level projections could be [in] an order of magnitude higher than we’re anticipating,” Fogwill said, as per the Guardian report.

Over the last 25 years, melting Antarctic ice has added nearly three trillion tons of water to the ocean. This is as per a study published in the journal Nature.

By measuring the Earth’s gravitational pull and changes in ice sheets, the researchers show a sharp rise in Antarctica’s contribution to sea level rise over the last ten years.

Most of the ice loss comes from West Antarctica, where the rate of ice melting has tripled over the past quarter century – from 58 billion to 175 billion tons per year.

The study also showed that Antarctic ice has been melting twice as fast as what was found in a 2012 report, which was believed to be the most comprehensive investigation on the subject.

The main contributors to sea level rise were melting ice sheets atop Greenland and Antarctica, eroding glaciers such as those in Alaska, and heat-based ocean expansion.

Even under ordinary conditions, Antarctica’s landscape is perpetually changing as icebergs calve, snow falls, and ice melts on the surface. However, scientists are concerned about the balance of how much snow and ice accumulates in a given year versus the amount that is lost.

According to the study, Antarctica has contributed about 10 percent of the world’s sea level rise over the last 25 years. If this trend continues, scientists predict that the sea level rise will result in increased flooding of rivers and bays, and this will not only affect people living on the coasts, but inland communities as well.

Another study by NASA found that Arctic sea ice is growing faster during the winter months currently than it did decades ago. This increased growth of sea ice has helped in bringing down the overall reduction in Arctic sea ice and delayed an ice-free Arctic.

NASA assertively noted that this does not mean climate change isn’t taking place, that our planet is not warming, or that the overall amount of sea ice has not been declining in the Arctic.

Temperatures in the Arctic have, in fact, warmed much faster than temperatures in tropical locations. The doubled rate of warming has resulted in increasingly smaller sea ice extents during Arctic summer months and an overall reduction in sea ice.

Over the past few years, sea ice across the Arctic has gotten smaller and thinner. When compared with the 1980s, today’s end-of-summer Arctic sea ice extent is about half. Since 1958, Arctic sea ice lost about two-thirds of its thickness, with nearly three-quarters of Arctic sea ice forming and melting each year.