Gender wage gaps close when they are disclosed

The mandatory reporting companies hired 5 percent more women at the middle and lower levels of the hierarchy than the control firms. 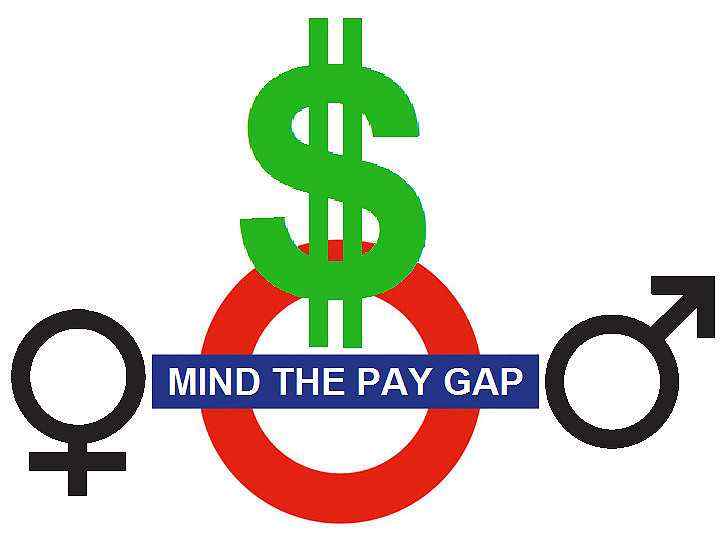 In most developed countries, women are paid less than men for the same work. For every $100 earned by a man, a woman earns $78.50 in Germany, $79 in the United Kingdom and $83.80 on average across EU countries, according to Eurostat.

Every OECD country has a gender wage gap in favour of men. Averaging 13.5 percent, it ranges from 36.7 percent in South Korea to 3.4 percent in Luxembourg. This gap persists, despite the attention it has received, and, it is widening in some cases.

Over the past decade, the possible solution of government-mandated reporting of gender pay discrepancies has been a subject of debate. Those arguing for this legislation believe that it will help to address this persistent gender wage gap. Opponents of regulation insist that not only is that unlikely; it will also increase the administrative burden of firms and decrease their profits.

To find the answer to this conundrum, Elena Simintzi of UNC Kenan-Flagler, Margarita Tsoutsoura of Cornell, Daniel Wolfenzon of Columbia Business School and I conducted the first empirical study on the impact of mandatory wage transparency. Our results suggest that disclosing gender disparities in pay does, in fact, narrow the gender wage gap.

In 2006, Denmark introduced the Act on Gender-Specific Pay Statistics. Our research examined wage statistics of Danish companies before and after this legislation requiring companies with more than 35 employees to report gender pay gaps. Our sample was companies with 35-50 employees which had to report their wage gaps (for our purposes, “mandatory reporting firms”), while our control group included firms with 25-34 employees – exempt from releasing gender-segregated pay data.

Results from the study show that between 2003 and 2008, the gender pay gap at mandatory reporting firms began at 18.9 percent and then shrank by 1.4 percentage points – or 7 percent – relative to wages before the legislation.

Over the years, all employees’ remuneration increased; however, the rises for men working in mandatory reporting firms were smaller than those of their counterparts in the control group. We found that companies’ overall wage bills were lower, largely due to the slower growth of men’s wages.

These results answer the debate about mandated pay transparency to address gender disparities and what governments can do to reduce the problem.

Wage transparency does have a cost. Mandatory reporting firms in our study experienced a 2.5 percent decline in productivity compared to the control group. However, the overall wage bills at the mandatory reporting firms, by the end of the study period, were 2.8 percent lower than at the control firms. So this drop in productivity was fully offset by the wage savings. Increased transparency does not impact firms’ net income, according to our findings.

Balance in the workplace

The law had other benefits on overall equity. There was a greater impact on the wages of low- and intermediate-level employees and there was no significant effect on the pay of managers at the top of the corporate ladder. After the law came into force, those women whose firms reported a gender pay gap were more likely to have a promotion. When firms adopt fair wage practices, it can have a broadly positive effect on women in the labour market.

The mandatory reporting companies hired 5 percent more women at the middle and lower levels of the hierarchy than the control firms. This suggests that firms that offer more equal pay attract more female employees, increasing the supply pool of workers.

While we did not see a statistically significant change in the departure rates of either men or women workers, there was a slightly higher number of women leaving high-level posts. This is consistent with women being more likely to leave positions where there is no adjustment in pay towards closing the gender gap.

In addition to the benefits for women in the workplace, we found other interesting mechanisms that ameliorated the gender pay gap. The pay gap improvement was most prevalent in firms where male managers had more daughters than sons. In these companies, female wages rose 5 percent higher than the rest of the mandatory reporting group, closing the gender pay gap by a further 2.4 percent. Also, industries with a larger gap in wages between men and women before 2006 saw a greater shrinking of the gender wage gap.

It is remarkable that the law functioned as well as it did in reducing the gender pay gap. After all, the legislation had been watered down from its original text due to concerns from industry.

We believe that a mandatory wage transparency that includes all firms could provide even larger reduction in the gender wage gap, as would similar reforms in other, less egalitarian countries.

Our research suggests that governments’ efforts to address these disparities through transparency can be effective – and beneficial to firms as well as their female employees. Legislation is a promising avenue in closing the pay gap.

This article has been written by Morten Bennedsen, the André and Rosalie Hoffmann Chaired Professor of Family Enterprise at INSEAD and the Academic Director of the Wendel International Centre for Family Enterprise.

The original article was published on INSEAD Knowledge.