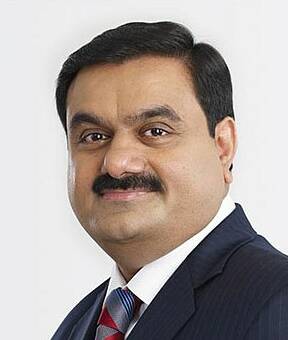 Gautam Adani became the Asian to break into the top three on the Bloomberg Billionaires Index.

Mr. Adani He has overtaken Louis Vuitton chief Bernard Arnault to become the world’s third richest person, with a net worth of $137 billion, reports Bloomberg, only behind Elon Musk and Jeff Bezos.

Mr. Adani recently surpassed Mukesh Ambani to become the richest man in Asia, owing to astronomical growth in his core business interests in coal and ports, even diversifying into data networks.

In a report earlier this month, however, Fitch group firm CreditSights said that Adani’s business empire is ‘deeply over-leveraged.’

The Adani Group has a collective market value of INR 19.44 trillion, surpassing Reliance’s valuation of INR 17.82 trillion, making it India’s most valuable company.

Analysts fear that the group’s aggressive expansion plans amid intense competition might lead to ‘imprudent’ financial decisions in the long run.

Ther report however noted that the Adani family having a majority shareholding in its group companies would allay any concerns about any material liquidity/solvency issues.

The Adani Group said its companies have reduced their debt burden, as the conglomerate looked to rebut the report’s findings, according to Bloomberg.