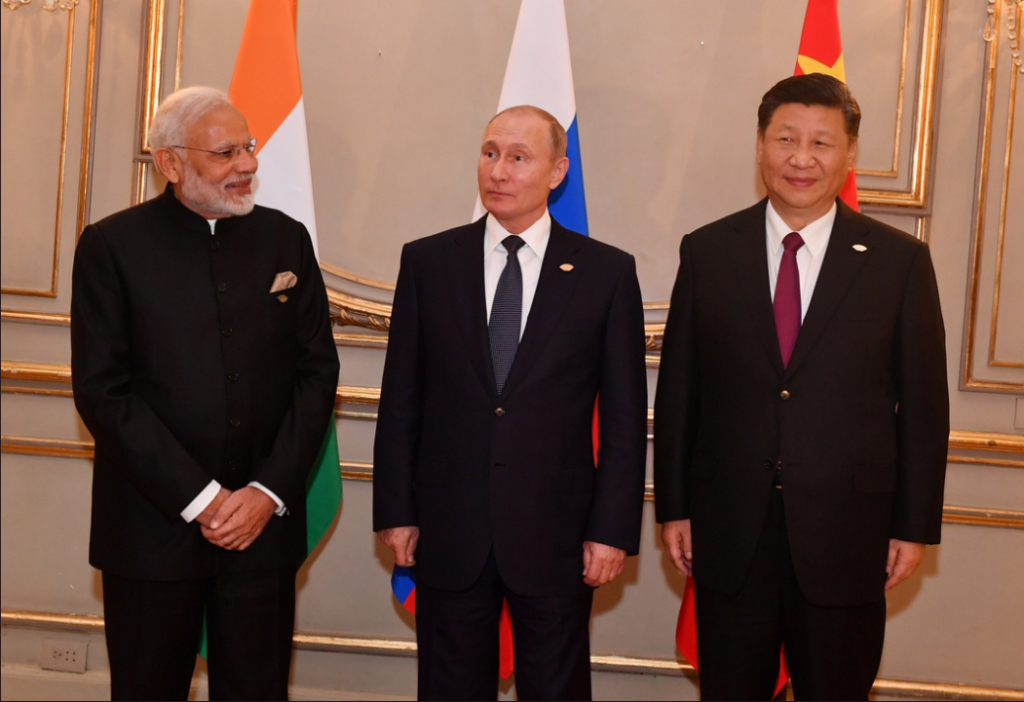 During the the second session of the summit, on international trade, finance and taxation, Modi prioritised cooperation in legal mechanisms to prevent entry, deny asylum, and ensure the return of such offenders.

Striking at the root of economic malpractices for a better future.

During the second session at G-20 Summit, which focused on international trade, financial and tax systems, I presented a 9-point programme on ways to take stringent action against fugitive economic offenders. pic.twitter.com/IsSryMrms8

How Modi positioned himself at the G20 summit 2018

The Indian PM pitched effective freezing and efficient repatriation of the criminal proceeds and offenders, calling for “strong and active cooperation” among the member nations to tackle the problem. According to the agenda, India also solicited joint efforts by G20 countries to fully implement the principles of United Nations Convention Against Corruption (UNCAC), and United Nations Convention Against Transnational Organised Crime (UNOTC), especially related to “International Cooperation”.

To enhance the timely and transparent exchange of information between competent authorities and financial intelligence units, Modi said that “FATF should be tasked to formulate a standard definition of fugitive economic offenders”.

The 20-year-old Financial Action Task Force (FATF) was formed to combat threats, such as money laundering and terrorist financing, to global financial systems. Modi’s agenda called upon the FATF to also formulate a standard definition for the “identification, extradition and judicial proceedings for dealing with fugitive economic offenders to provide guidance and assistance to G20 countries, subject to their domestic law”.

India also advocated setting up a common platform for sharing experiences and best practices, including successful cases of extradition, gaps in existing systems of extradition, and legal assistance. The G20 forum was also called upon to consider initiating work on locating properties of economic offenders with tax debts in the countries of their residence for recovery.

Why does this agenda matter?

This agenda arrives just months after embattled liquor baron Vijay Mallya, currently stationed in the UK, refused to turn himself in if the prison facilities in India weren’t up to the mark. Rumours about Mallya tipping off senior BJP lawmakers before escaping had also emerged, ruffling feathers at the Centre earlier this year and inviting criticism from the opposition.

India’s strengthening of the agenda around economic fugitives on a global forum also comes just days after Mehul Choksi, a culpable accomplice to Nirav Modi in the PNB scam, refused to return expressing fears of being lynched. Accused of offering leeway and leniency for the longest time, the government may also be looking to tighten their policies and plan of action with respect to fugitive economic offenders in the run-up to the general elections in 2019.

G20 summit at a glance

After US president Donald Trump cancelled the meeting with his Russian counterpart over the naval standoff with Ukraine, Vladimir Putin was caught sharing a much criticised laugh and high-five with Saudi Crown Prince Mohammed bin Salman on the sidelines of the G20 summit. This comes at a time when the international community has turned up the pressure on Saudi Arabia over US journalist Jamal Khashoggi’s premeditated murder in October, and months after Russian operatives were held responsible for the nerve agent attack on former spy Sergei Skripal in England.

At the other end of the spectrum, the world’s biggest economies were divided but committed to bringing about a complete overhaul of global trade. While agreeing to maintain a multilateral trade relations and a “rules-based international order”, the nations also acceded to American demands for urgent reform of the World Trade Organisation (WTO).