FIFA Women’s World Cup 2019: What the battle in France looks like and why it matters

Now that group stage is over, here’s a roundup of what sets the stage for stalwarts USA and England, hosts France and underdogs Sweden and Argentina to fight it out at knockout round next week. 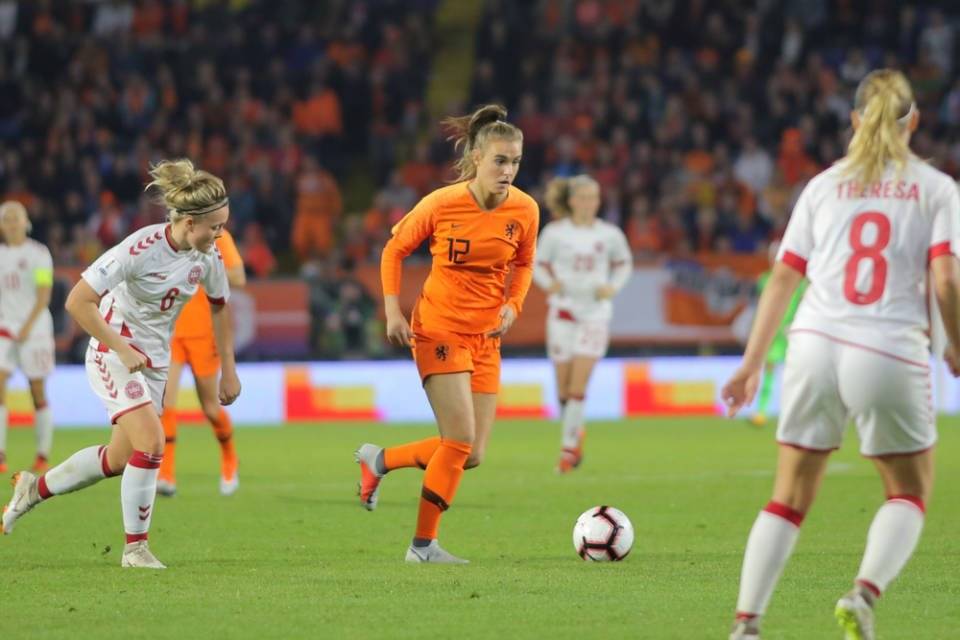 With 552 players representing 24 nations, the group stage of women’s premier football tournament ended Thursday, June 20, paving the way for a nail-biting knockout round in the weeks to come, as per the FIFA women’s world cup schedule.

A year after French men lifted the trophy, its women are not only hosts but also leading the table at the 2019 FIFA Women’s World Cup, followed shortly by defending champions US.

There is no shortage of high octane drama in Le Havre, Lyon, Paris or Reims, where the women’s tournament with a steadily growing fan following is being held, featuring female footballing talent and technique from all over the world.

Among the biggest updates since the tournament kicked off on June 7, is Brazil’s Marta breaking all records to score the highest number of goals in the history of FIFA, gliding past former Bayern Munich striker Miroslav Klose in the all-time rankings.

Widely considered the best player in the history of the women’s game, she beat Klose’s 16 goals to register 17, after the match against Italy this week. The veteran attacker said the goal was more than just a personal triumph. “The feeling is a joyful one, definitely, not only for breaking the record but for being able to represent women in doing so,” she is reported to have said.

Despite Marta’s performance, Brazil ended third in their group, meaning they could face Germany or France in the next round. Their loss against the Matildas is largely responsible for this.

Australia’s Matildas narrowly dodged the bullet themselves, with Sam Kerr’s 4 goals against Jamaica Tuesday, which pushed the prolific striker into contention for the Golden Boot. Kerr is also the first Australian to score a hat-trick in a World Cup; she singlehandedly ensured they finished second in their group, potentially facing Norway next and avoiding a round-of-16 clash with the hosts.

This is the first women’s World Cup to use the Video Assistant Referee system, and the home team has already come under heavy criticism for being “one of its big beneficiaries,” especially after the win against Nigeria’s Super Falcons on Monday, aided by two penalties.

Nigeria’s chances at the knock-out round improved greatly, however, after Argentina squared off with Scotland (3-3) on Wednesday. The 11-time African champions are now banking on Thailand and New Zealand’s wins over Chile and Cameroon to qualify for the next round.

In all their matches so far, the French side has been overwhelmingly victorious and their dominance comprehensive — physically, technically and tactically superior, according to NYT. The presence of centreback Renard, Le Sommer and captain Henry who constitute the backbone of Olympique Lyonnais Féminin, certainly helps. Known as the world’s best women’s club team, OLF has notably won the past four European Champions League titles.

Title contenders US have launched a consistent campaign with a fresh lineup this time. Their final clash in the group stage is with bogey team Sweden late Thursday; Sweden had inflicted the US’s only group-stage loss at a Women’s World Cup back in 2011, till date. Both sides play a more physical game, but for the Swedes, it will be their first major test of the tournament.

England has won eight matches in a row at major tournaments and qualified from the group stages of a World Cup with a 100% record for the first time in its history, making them worthy title contenders as well.

The Lionesses beat Japan 2-0 Wednesday; English coach Phil Neville, speaking to CNN, praised the acrobatic performance by goalkeeper Ayaka Yamashita without which the Japanese side might have conceded more goals.

Securing a second place Japan advances to the round of 16. Left devastated by England and Argentina, Scotland, however, will bow out of the tournament.

New Zealand too has been booted out after losing to Canada.

For the first time ever, however, a trio of commentators from Vanuatu and Fiji, were commentating on New Zealand’s matches in Bislama, which is a native language common in Vanuatu, Papua New Guinea and the Solomon Islands.

Canada and Spain advanced easily as stalwarts Germany, Italy and the Netherlands found themselves at the top of their respective tables.

Once a soccer superpower, China’s performance has been a big letdown with their procession into the next round hanging by a slim thread.

When organisation fails to keep the momentum going

World soccer governing body FIFA said on Tuesday that they have allocated a million tickets for the ongoing women’s World Cup in France but only 14 of the 52 matches are sold out, countering claims that tickets were selling fast.

The tournament did reach an important milestone four days it kicked off, selling over one million tickets to fans worldwide. This includes 10 group games involving the top teams, France and the US, one quarter-final in Paris plus the two semi-finals and final on July 7 in Lyon.

According to Al Jazeera, France’s opening win over South Korea, Brazil’s victory over Jamaica and the US’ 13-0 rout of Thailand have had near-capacity crowds but swathes of empty seats were visible at other highly-anticipated matches like England vs Scotland.

That does not discount the fact that poor scheduling has gone into the making of the women’s world cup, which needs all the viewership and sponsors it can get. Instead, supporters were aghast to have been the ones to point out the FIFA women’s finals coincided with not one, but two major men’s finals (ICC Cricket World Cup and Copa America Cup).

And then they defend the enormous gender pay gap by faulting women’s tournaments for not bringing in enough revenue.

Coming to the gap, one needn’t look further than the prize money for the winning team in the women’s cup which despite doubling since last tournament, stands at $4million – $34million less than what the French men’s side pocketed last year.

That literally reduces the prize money to a token amount.

Also read: Not a boy’s club anymore: All you need to know about the first female FIFA secretary general

And it’s not just the winners who are disproportionately underpaid – it’s all the teams and players, and even their professional clubs. According to Firstpost, FIFA defies its own commitment to gender equality when it sets aside $30 million in total prize money for the women’s tournament, while the men’s pool totalled $400 million in 2018.

To protest this gross injustice, the world’s first female recipient of the Ballon d’Or Ada Hegerberg who was asked to twerk, told her the Norwegian federation and her fans a couple of years back, that she wouldn’t be representing them in the World Cup. Although observers have pointed to Norway’s high index of gender equality in terms of pay, her non-participation is a statement which is conspicuous today, with the renewed focus on women’s football.

Also read: ‘I still get tweets to go back in the kitchen’ – the enduring power of sexism in sports media

This is a wonderful opportunity and the sports association have to do better in levelling the playing field. Not just empowering women in sports but by championing women’s rights in general.

Two fans wore T-shirts campaigning for women’s rights in Iran during Saturday’s game between New Zealand and Canada when stadium security intervened and asked them to leave.

Despite FIFA clarifying its stance and solidarity for the protestors at Grenoble, the fact remains that they were denied the right to campaign for Iranian women’s rights to enter football stadiums by French security officials. FIFA reviewed the incident and later defended the campaigners saying it “believes that the message to allow women into football stadiums in Iran is a social, not political,” and did not violate the body’s rules.

Women have been mainly prohibited from attending men’s games and other sports events in Iran since the 1979 Islamic revolution.

Until a women’s tournament, that is steadily gaining traction among football enthusiasts, can evolve into a platform for real change, there is very little hope for gender equality in sports.