Fatima Al-Fihri: The lady who founded the world’s first university

We seek a sense of respite as we see how the iconic Fatima Al-Fihri managed to get the reputed al-Qarawiyyin university erected. 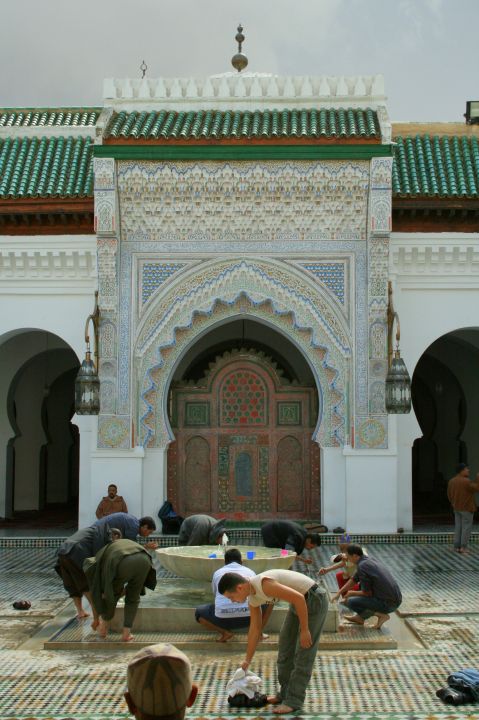 “The colours of the universe are there because of the existence of womankind.” – Sir Muhammad Iqbal

In recent years, on account of sustained negative stereotyping across the media, the phrase “Muslim woman” might conjure an image of a demure and powerless woman oppressed by antiquated customs. Yet this image is not what our history records or what our present reflects.

Muslim men may fret that they lose when their women win, but history tells us that when women advance, humanity advances. The al-Qarawiyyin university and its founder Fatima al Fihri, a wealthy Arab woman, are crown jewels and powerful symbols of female aspirations in Muslim history.

Set up in 859 (almost hundred years before the foundation of Al Azhar in Cairo) and nestled in the old medina of Fez, Morocco’s University of al-Qarawiyyin is acknowledged in the Guinness Book of World Records,  as also by UNESCO, as the oldest institution in the world operating as an academic degree-granting university. Located within the compounds of a mosque that would expand to become the largest enclosed mosque in the continent of Africa in the coming centuries – with a capacity of 22,000– the university attracted scholars from all over the world to the magnificent city of Fes.

In the world of Islam, higher education together with religious and literary sciences was practised in Masjids (mosques) and sometimes in the houses of the “mudarris” (professors), in accordance with medieval tradition. Starting from the ninth century A.D., separate madrasahs began to be established next to masjids. These madrasahs were called “mosques”, which means “gatherer” in Arabic. In Europe, the Latin word “Universitatis” was used as the equivalent of the word “mosque”. Universities were divided into kulliyahs (faculties) and each kulliyah offered education in a different field of science.

Fatima’s family was part of a community called the “Qarawiyyin” (the ones from Qayrawan). She migrated with her father Muhammad bin Abdullah Al-Fihri, and sister Mariam from Qayrawan in Tunisia, to Fez in Morocco which was then under the rule of Idris II, a respected and devout ruler. Fez – for many, the cultural and spiritual centre of Morocco- is now one of the most perfectly preserved medieval cities in the world. Through its dense warren of streets, the entry to the walled city is through the Blue Gate, one of the 13 mighty gates which punctuate its vast sandstone fortifications.

The medina (enclosed space) is humongous where 270,000 inhabitants live cheek by jowl. At times, the streets are so narrow that you have to press yourself against the shops to avoid being crushed by donkeys laden down with wood, carpets, hides, and spices. The city exudes an old world charm. However, the heart of Fez beats in al-Qarawiyyin – a grand university and an abiding symbol of a lady’s spiritual quest for learning and knowledge. The institution is only 30 years younger than the city itself. It ensured that Fez was one of the great centres of learning of the Arab world once, packed with libraries and schools.

She was well versed in classical Islamic learning such as fiqh (jurisprudence) and hadith (Islamic traditions based on Prophet’s life). She inherited a large fortune from her merchant father which was used to build the university. Mariam, Fatima’s sister, was the sponsor of the Al Andalus mosque, also in Fez. Today, the university has moved to a new location, but the mosque — which shares an emerald-green tile roof with the library — still stands.

Fatima was a pious woman with a visionary and architectural acumen who was gifted with a magnanimous heart and a perspicacious mind. Far from revelling in wealthy pursuits, she used the resources very frugally to set up a mosque, university, and library – the highest trinity of Islamic piety.

She personally supervised the entire gigantic enterprise, from putting up the foundation to the functionalising of these institutions.  When she embarked on her mission, she had lost her father, husband, and brother – all primary sources of support and protection for a woman.  Any other woman would have retreated to the backwaters of domestic life.  But Fatima appears to have been an extraordinarily inspired and determined woman with steely grooves.  All her great achievements came during periods of loneliness and in circumstances when women normally shun the world and seek the company of the home.

Both the physical dimensions and educational horizons of the university kept broadening from year to year.  Having already become the official mosque in which the Sultan attended the Friday prayers in 918, the al-Qarawiyyin mosque was taken over by the State. From Idrisi in the 9th century to the Alaouites in the present, it was enlarged and embellished by successive dynasties.  However, it attained its present grandeur under the Almoravid Sultan ‘Ali ibn Yusuf (1106-1145).

The golden era of the al-Qarawiyyin was from 12th century to the 15th century, that is, under the Almohades and the reign of the  Merinids, who were devoted patrons of learning and builders of some of the city’s most exquisite architectural monuments. The initial curriculum of the university focused on the religious sciences and later covered other disciplines such as grammar, geography, history, mathematics, medicine, chemistry and astronomy. The university played a leading role in the cultural and academic relations between the Islamic world and Europe. This institution did not have autonomy, but it was clearly an institution dedicated to learning, be the student Muslim, Jewish Christian or, be the student interested in sociology, religion, or philosophy.

The university boasts of one of the world’s greatest libraries, which is nestled in a labyrinth of streets. The Qarawiyyin library is home to priceless treatises in Islamic studies, astronomy, and medicine. Founded by Fatima, the library was built by Sultan Abu Inan in 1349, and totally restructured under King Mohammed V, the grandfather of Morocco’s current monarch. “A house of science and wisdom,” was how the inspired Fatima loved to describe it. Over the centuries, sultans, noblemen, princesses and wise men have contributed works to its shelves. Under an imposing ceiling of wooden arabesques and a huge copper chandelier, the main reading room sits next to an area that contains some 20,000 books. “A wise man without a book is like a workman with no tools” – so goes an old Moroccan proverb. For centuries, scholars from far corners of the world flocked to this treasure house of knowledge.

Though the library is but a pale shadow of what it must have been at the time when Merinid Sultan Abii Inan stocked it with thousands of manuscripts that formed part of the booty won from the Christian King of  Seville, some of its possessions are still rare specimens. Around 3,800 titles are kept here, with some of them being priceless. One example is a treatise on medicine by philosopher and physician Ibn Tufayl from the 12th century. From baldness to corn on the foot, all ailments of the body are listed — in verse to make them easier to learn. The word “diabetes” which is of Greek origin, already features in the Arabic script. The library counted 30,000 manuscripts when it was founded under Abu Inan. But many were destroyed, stolen or plundered over the years. A wooden diploma of Fatima is also on display.

The collection also includes volumes from the Sirat Ibn Ishaq, the earliest collection of Khaldun’s “Book of Lessons.” There is a treatise on the Maliki School of Islamic jurisprudence written by the grandfather of the Arab philosopher Ibn Rochd, also known as Averroes. Its 200 pages of gazelle leather are inscribed with tiny immaculate calligraphy, dotted with embellishments in gold ink.

Another precious possession is a ninth-century version of the Qur’an, written in ornate Kufic (the oldest form of Arabic calligraphy) on camel skin. It was given to the university by Sultan Ahmed Al-Mansur Al-Dhahabi in 1602. The library also has an original copy of “Muqaddimah” (“Prolegomenon”), the most important Islamic history of the pre-modern world written by the great fourteenth-century Arab scholar Ibn Khaldun. There is also a 12th-century manuscript – a treatise in astronomy by philosopher Al-Farabi –which shows the course of the planet Jupiter, complete with drawings of astonishing precision. There is also a rare 12th-century copy of the Gospel of Mark in Arabic. It was translated, in all likelihood, by a Christian man of letters from Andalusia who had come to Qarawiyyin to learn Arabic.

The University of Al Qarawiyyin is still considered a leading religious and educational institution in the Muslim world. The university has moved away to another part of Fez, but the mosque and the library remain at the ancient complex.

What’s important about Fatima al-Fihiri’s story is that she creates not only a sense of pride for a younger girl but also a sense of possibility. They can see the story of women’s resilience and vision in her. She did more than just make an endowment for the construction of the university. Throughout the entire period of construction (11 years according to some sources, 18 according to others), she fasted and actively participated in the entire endeavour. We are talking about a woman who lived over 1,200 years ago. What we can understand from this is that at that time, not only were Muslim women far from oppressed, but the Islamic social system allowed them to claim their space, make their mark and pursue their dreams and ideals.