Farmers protests return to Delhi with ‘Mahapanchayat’ at Jantar Mantar

The ‘Samyukta Kisan Morcha (SKM)’ and other farmers’ groups organised a ‘mahapanchayat’ at the Jantar Mantar in Delhi on Monday oveer the issue of unemployment. 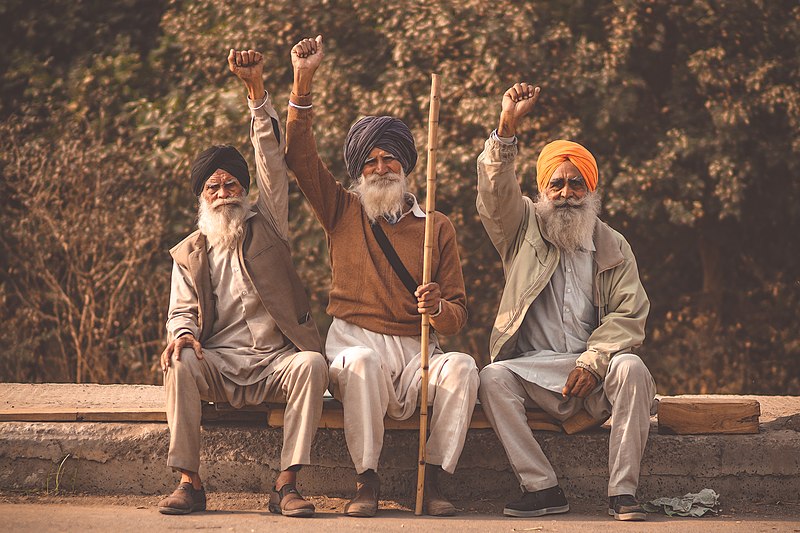 Thousands of farmers descended on the Jantar Mantar in Delhi on Monday to take part in a ‘mahapanchayat’ called by farmers’ groups on the issue of unemployment.

Slogans were raised against the Centre for ‘not fulfilling’ its promises.

They were protesting again to raise their demands for legislation on the minimum support price (MSP) for crops, loan waivers, cancellation of the Electricity Amendment Bill and to chalk out future strategy.

The protest led to massive traffic snarls in Delhi, especially at the city’s borders, including Singhu and Ghazipur, with the Delhi traffic police strengthening security measures and setting up barricades.

Section 144 has also been imposed in the national capital.

Farmers from other states such as Karnataka, Maharashtra, Odisha and Kerala also arrived in Delhi to take part in the protests.

During the earlier anti-farm laws protests, the Centre had promised to consider all the demands of the farmers, but did nothing, claim the farmers who donned hats and waived flags handed to them by the organizers.

In November 2020, the first wave of protests against the three farm laws by the farmers unions urged the government to repeal them a year later.