Fake news: What countries around the world are doing to combat the epidemic

Many countries have become aware of the need to enact laws against fake news. However, are they really as well-intentioned? 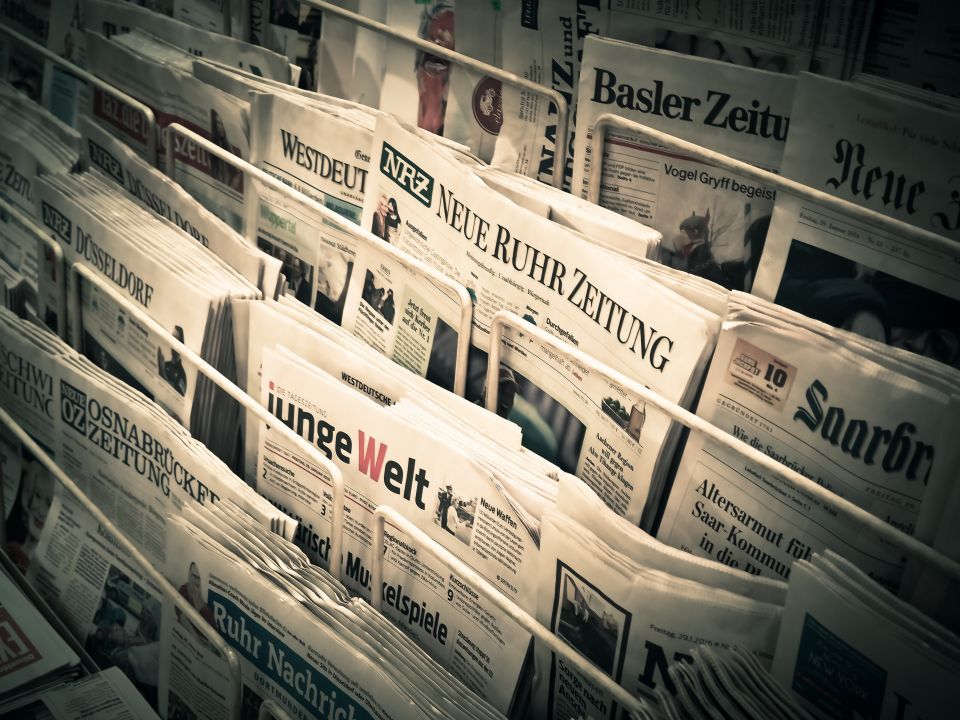 A realisation to curb fake news dawns upon the world. Credits: Pexels

One of the linguistic effects of Donald Trump’s presidential campaign and tenure has been the popularisation of the term ‘fake news’ around the globe, with the controversial US president using it to attack media houses which have been critical of him. The phenomenon has caught the fancy of numerous political leaders and heads of states across the globe, with the allegations of ‘fake news’ serving as a shield to protect their reputations and those of their governments. From Germany and France to Singapore and Malaysia, the trend of formulating government actions and strategies to curb ‘fake news’ is catching on, one after the other, within a short span of time.

The Malaysian government has tabled a criminal legislation to prevent and punish the publication and spread of fake news. The legislation will include, within its purview, all forms of media and will even punish foreigners outside Malaysia, if the interests of the Malaysian state or its citizens are adversely affected. The legislation has defined the term ‘fake news’ as “any news, information, data and reports which is, or are, wholly or partly false whether in the form of features, visuals or audio recordings or in any other form capable of suggesting words or ideas”. The proposed law will be passed by the Parliament in all likelihood, as Prime Minister Najib Razak leads a majority government. Once enacted, the law will penalise the creation, offering, circulation, publication or printing of fake news with a fine up to 500,000 ringgits or a prison sentence ranging up to ten years or both. While the statement of objects of the Bill provides that the Act is aimed at safeguarding the public against the proliferation of fake news whilst ensuring the right to freedom of speech and expression under the Federal Constitution is respected, the Bill has attracted vociferous criticism, both for its timing as well as its potential for misuse by the government. Malaysia’s law has come just before possible general elections when its prime minister has been implicated in a huge graft scandal.

Although quite a few prominent countries are in the process of considering laws against fake news, Germany has the distinction of bringing in the first major anti-fake news legislation. Its Network Enforcement Act targets social media platforms and websites such as Facebook, Twitter, and YouTube (which have more than two million users). It requires them to remove and block fake news, potentially hate-inciting content. and other illegal content prohibited by the Criminal Code, within 24 hours of being notified of the same by a user or the government (in the case of manifestly unlawful content). The time-limit is extendable up to a week in other complex cases (depending on the degree of factual verification required). Illegal content essentially refers to the material which would affect the protection of the democratic constitutional state, public order, personal honour and sexual self-determination.

Violation of this enactment could result in a fine up to 50 million euros. The Act, which was passed in late 2017, provided for a transition period to ensure compliance with the new law but has been in effect in toto since January 1, 2018. The German law is mainly criticised on the ground that it is loosely worded and private bodies have been endowed with the function of determining whether some particular content is in violation of the new law, as these websites might inadvertently restrict free speech in their attempts not to run afoul of the law.

The situation in other countries

French President Emmanuel Macron, who was a victim of fake reports during his campaign, has proposed to bring in a legislation outlawing proliferation of fake news by the end of 2018. One of the measures allegedly being proposed is vesting judges with emergency powers during elections to order the removal of fake content or blocking of a website. The new law would also bring in measures to ensure transparency with regard to the people behind sponsorships and advertisements so as to deter false propaganda.

The Singaporean government issued a Green Paper on the challenges and implications of deliberate online falsehoods in January 2018. A Parliamentary Select Committee has completed public hearings and will soon submit its recommendations to the government on a possible law against fake news.

The Philippines has three Bills against fake news pending before its legislature, although President Duterte has stated that he does not believe that they will be enacted into law. Two of these Bills deal with fake news in general, covering fabricated content, malicious intent, etc., whereas the third one specifically targets dissemination of false news and information by public officials.

In 2017, two Russian lawmakers also proposed a Bill aimed at punishing individuals and social media companies with hefty fines for the publication of false information. The Duma has not yet cleared the Bill. Brazil has established a Consultative Council to monitor and order the blocking of false news reports on social media ahead of the 2018 elections. The Brazilian Congress is also in the process of considering a Bill which will criminalise the publication and sharing of any false or incomplete information on the internet to the detriment of any private individual or legal person.

Indonesia and the Czech Republic have adopted a different approach. Instead of enacting laws, they have formed a Cyber Security Agency and a government unit respectively, to fact-check and flag false news and information online.

What is common among all these laws, whether enacted or proposed, is that they mostly target social media and elections, thereby evoking criticism for allegedly being politically motivated. Another common factor is that they appear to be loosely worded and do not focus much on the traditional forms of media, such as newspapers, televisions, journals, etc. Further, all of them are heavy on the criminal aspects, punishing the dissemination of fake news with fine and imprisonment. Most importantly, all of them have been heavily criticised by social media companies, international organisations such as Amnesty International and Human Rights Watch, opposition political parties and sometimes, even the UN, for their potential to benefit governmental regimes by curbing free speech and expression.

Effectiveness of these laws

While the problem of fake news is proving to be something of a menace in the internet age, there are a number of practical problems associated with implementation and enforcement of these legislations. To begin with, the definition of fake news is in itself problematic. The degree of falsity required for the punishment to apply is not something which has been explicitly dealt with by any of these legislations. Moreover, they have not addressed the standard of proof required from the defendant to establish the veracity of the material. This, coupled with the delegation of determination of falsity of the news to private bodies and government agencies, will lead to more judicial challenges, on both defensive as well as constitutional grounds. The obvious conclusion appears that the task is best left to the judiciary but it is not again practicable for the judiciary to determine every instance of fake news. The law would be more credible if the government constituted a body consisting of members from the executive and the judiciary as well as the general public for the purpose of conducting these inquiries and the results are made available in the public forum.

All of these laws, being criminal legislations intent to disseminate fake news, would be the prime factor in deciding culpability. Yet, these legislations do not appear to be making provisions for exceptions in cases of an honest mistake or innocent dissemination without knowledge of falsity. It is not clear whether the same degree of liability would fall on the person who creates the fake news (the principal) as well as the person/entity that spreads it (the accessory). Further, these laws do not provide for a civil aspect of providing compensation to any private individual or legal entity which has been directly affected and injured on account of being the subject of the fake news in question. Their interaction with the laws of elections, defamation and sedition would also have to be studied, as the subject-matter of these laws overlaps to some extent. Fake news coupled with sedition would be a deadly tool in the hands of a government to muzzle dissent.

Thus, while fake news might be a real problem, caution is required in the application of these laws to ensure the protection of primary constitutional rights. Most constitutions provide for exceptions to freedom of speech and expression on certain grounds based on public interest. Fake news would very well fall within some of these exceptions. Nevertheless, judgement has to be made on a case-by-case basis and not by any blanket standard.

Qrius Quotient: From Standing Up To Standing For: Bhagwant Mann
2

Q Contraire: Why Are You Constantly Disrespected?
3
Curbing Clutter: Why Do We Hold On to Things We Never Use?
4

Q Contraire: Is The COP26 summit in Glasgow A Climate Change Charade?
7

Should ‘Black’ Lives Matter?
8
How a British royal’s monumental errors made India’s partition more painful
9
1918 flu pandemic killed 12 million Indians, and British overlords’ indifference strengthened the anti-colonial movement
10
What led to the biggest Facebook outage ever? This might be the reason…